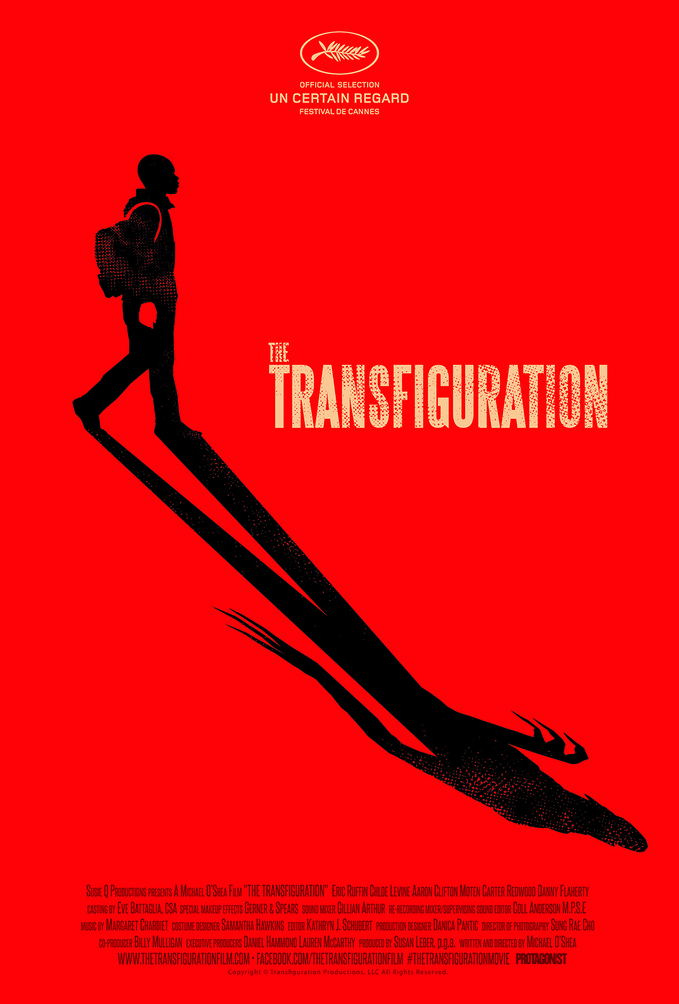 Having missed the first screening of The Transfiguration, I decided to choose it over a more popular film, Free Fire, screening at The Paramount down the street. Guided by my love for horror films, I tend to prioritize the Midnighters program at SXSW. With a few rare expectations, I’ve been very pleased with the horror selection at SXSW and an urban, youth-vampire story was too tempting to pass up.

The audience and I were treated to a unique twist on the vampire genre that pulls from generations of vampy cinema. The Transfiguration is a story about poverty, innocence lost, and redemption, all wrapped up in a horrific story about one intelligent and obsessive boy, Milo. Milo, played beautifully by Eric Ruffin, is a quiet and terrifying teenager. He’s introduced in a deliciously creepy scene that also serves to set up the dark and rich atmosphere of the film. The director, Michael O'Shea doesn’t waste time in setting up the tone and it hooked me instantly.

The film continues as a steadily paced, slow burn with bone-chilling moments of extreme violence. This movie scared me and not in the jump-out-of-your-seat scared. It was because the horror scenes are emotionally juxtaposed to the incredible sympathy that the film fosters for Milo. We know that he is extremely dangerous, and yet the O’Shea does an incredible job of making you care for Milo. He’s a victim of his circumstance, a poor, neglected child of color, with an inadequate guardian, his older brother. The boy spends his days evading the various dangers of life in the projects and obsessing over vampire literature and film. One day he meets a girl, Sophie, played by Chloe Levine, and the two form an innocent bond with each other. You start to see kindness in Milo. He is protective, accepting, and fond of Sophie. She represents a unique force and a new motivation in his life, one that he had never felt before. Milo’s relationship with Sophie even opens up a new channel of intimacy and dialogue between Milo and his brother. But despite the psychological progress that Sophie inspires in Milo, he is what he is, and when the story sharpens, it leaves you in shock.

As a thematic under current, the film showcases how our broken system fails the most vulnerable in our inner cities. It’s a terrible situation and an enabling variable that facilitates the perfect storm, so to speak, in the forming of a young sociopath. Milo’s appointed counseling sessions are inadequate, his brother seems to have some grave problems of his own, and he has no friends to normalize him. The movie also touches on the plight of young veterans, like Milo’s brother, who is emotionally unavailable for his little brother due to PTSD. With only his own substantial intelligence and proclivities to guide him, Milo is left unchecked in his development. This leads to monstrous consequences and poses a powerful question. With so much poverty in our country and with so many children in need, what other kind of monsters is our collective neglect and ignorance creating?

The film is also a homage to many great vampire films of the past, both contemporary and classic. I only wish it hasn’t been pointed out so purposefully in the dialogue. Anybody with a love for vampire cinema and lick of sense can see the inspirations shining through in this wonderful film. And despite the dark nature of the story, it’s a beautiful movie and I think back on it the most of all the films I watched at SXSW this year. Intimate and shocking, The Transfiguration is a modern-day fable and an instant classic in my book.