Ahoy, squirts! Quint here. As someone who doesn't really believe in the “so bad it's good” concept, it took me a long time to see The Room. My first screening was a doozy, though. It was an Alamo Drafthouse screening with Tommy Wiseau in the house.

I've struggled with my feelings about the movie over the years because I really hate watching a movie in the mindset that I'm putting myself above it. Most of the fans of “so bad it's good” movies want something to point and laugh at. Not all, but most. And I've always felt uncomfortable with that because it feels a bit bullying to me.

It's a dickhead way to watch a movie, but I can't deny that The Room is so fucking out there that I get a lot of pleasure watching it. I think I've figured out that there are two things that make me okay with this particular cult movie. One, there's a huge amount of money behind it (despite the cheap sets and bad effects). That's the difference between picking on the kid wearing ratty hand-me-down clothes who is trying his best and the rich jock doofus who thinks he's the smartest kid in the school. More importantly, though, is the amount of pure personal drive on display.

The Room is poorly made, poorly acted and a muddled hodgepodge of dramatic cliches that only sort of make sense, but it's not a half-assed movie. Tommy Wiseau gave it 110%. Sure, he did that as a way to put himself front and center, but watching someone give their all counts for something.

It's the difference between Plan 9 and shit like Sharknado. The latter is product playing to the lowest common denominator and the former is someone whose ambitions far outweigh his talent.

So, all that was kicking around in my head as I sat down for a Work-In-Progress screening of James Franco's The Disaster Artist, a behind the scenes retelling of the making of The Room. Was the movie going to be cruel or up its own ass serious or a brainless yukfest or did they pull of some kind of miracle? 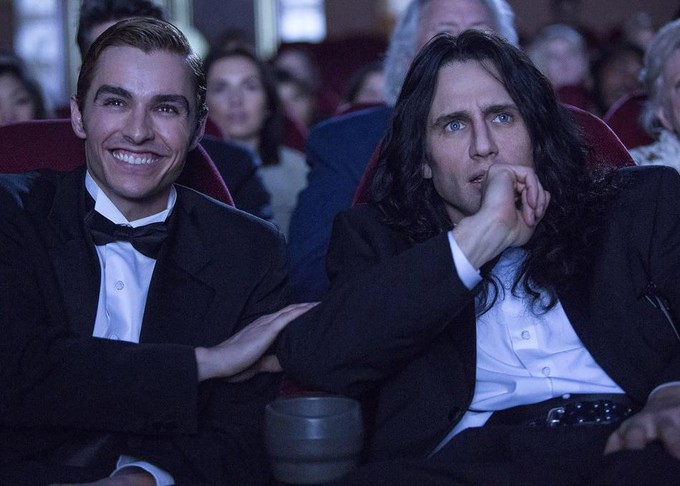 I gotta say, I think they pulled of some kind of miracle.

Franco and his producing team of Seth Rogen and Evan Goldberg hew closer to Tim Burton's Ed Wood than I would have expected. They somehow hit that sweet spot where they revere their subjects without glossing over their faults while telling a story that has both heart and laughs.

James Franco's Tommy Wiseau is something pretty incredible. If you know Wiseau's unique persona then you'll be in awe of how Franco pulls off the odd accent, permanent beddy-bye time eyes, crazy non sequiturs and body language.

If you've never seen The Room and have no idea who Tommy Wiseau is you might think Franco's overdoing it, but I swear to you he's not.

I've been asked quite a bit since the screening of the movie if people who have never seen The Room will get The Disaster Artist. Absolutely. Just like people who never saw Plan 9 From Outer Space can enjoy Burton's Ed Wood, it's not a prerequisite to see The Room before this movie. If you know The Room you'll get a little more out of the movie, sure, but I actually kind of think it's better to not have seen it. You'll spend the whole movie thinking this is an exaggeration of a real thing and then at the end when they run side by side scene comparisons of Disaster Artist and The Room you'll have your mind blown.

The making of The Room is only about half the story of The Disaster Artist. The focus of the movie is the unlikely friendship between two wannabe actors, Tommy Wiseau and Greg Sestero, and how that friendship is tested when they finally get their chance at stardom.

Dave Franco plays Sestero with a kind of purity. He's got stars in his eyes, a dream in his heart and a seemingly bottomless barrel of loyalty for his mysterious friend and mentor. He's definitely got a kid brother vibe with Tommy so you can see why James Franco wanted to cast his real life kid brother in the role.

James Franco himself stepped into Tommy's baggy pants and multiple belts with all the gusto he could muster. As I said above I'm not quite sure how he did it, but his performance somehow manages to be both an impression of Wiseau and also a deeply layered character. It's this distinction that keeps the movie from being a long Funny or Die skit.

Much like the movie he ended up making, Wiseau is larger than life, does things his own way, is so weird and eccentric that you can't help but chuckle at his weirdness. But there's a person under there, someone trying to capture a dream, and a guy that is way more vulnerable than his breezy exterior suggests. He's got a massive ego, but a big heart. Those are contradicting things, but that's what makes him such an interesting character, in real life and in the movie. 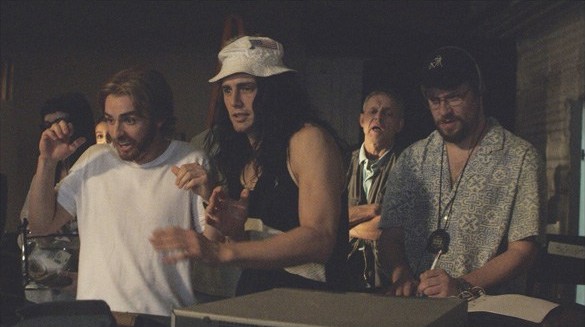 The supporting cast is great, from those playing people fans of The Room will recognize like Josh Hutcherson as Philip Haldiman (Denny), Zac Efron as Dan Janjigian (Chris-R), Jacki Weaver as Carolyn Minnot (Lisa's mom) and Nathan Fielder as Kyle Vogt (Peter) to those playing people behind the scenes, like Seth Rogen as Script Supervisor Sandy Schklair, Jason Mantzoukas as one of the camera rental people and pretty much anybody that's funny in a walk on. Paul Scheer, June Diane Raphael (to complete the How Did This Get Made set), Randall Park, Judd Apatow, Alison Brie, Megan Mullally, Casey Wilson and Hannibal Buress to name a few.

Now, they called this a Work-In-Progress screening, but it didn't seem very rough to me. In the intro Rogen said Work-In-Progress just means that anything you don't like is going to change so you're an asshole if you bring it up in a review. If that's his true measure of the meaning of Work-In-Progress then I guess we saw the finished film because I couldn't tell them to change much of anything.

The Disaster Artist can stand shoulder to shoulder with Ed Wood and that's the highest compliment I could give this film. It's accessible, funny, crazy and oddly emotional.

Granted, I saw it with a rowdy crowd in a 1200 seat theater so that may have colored my first viewing... there's nothing like watching a comedy with over a thousand hysterically laughing people. It was also a bit of a surreal screening because Tommy Wiseau himself was in attendance.

A few times during the movie I couldn't help but try to imagine how Wiseau felt, especially when you get to the premiere screening of The Room in which Franco's Wiseau discovers for the first time that he made an unintentional comedy and it breaks his heart. As the Room premiere audience was laughing, so was the premiere audience for The Disaster Artist. Franco's Wiseau was destroyed by it, but how did the real Tommy Wiseau feel while reliving this moment as 1000+ laughed at his dream around him. It was super meta and one of the most unique screening experiences I've ever been a part of. 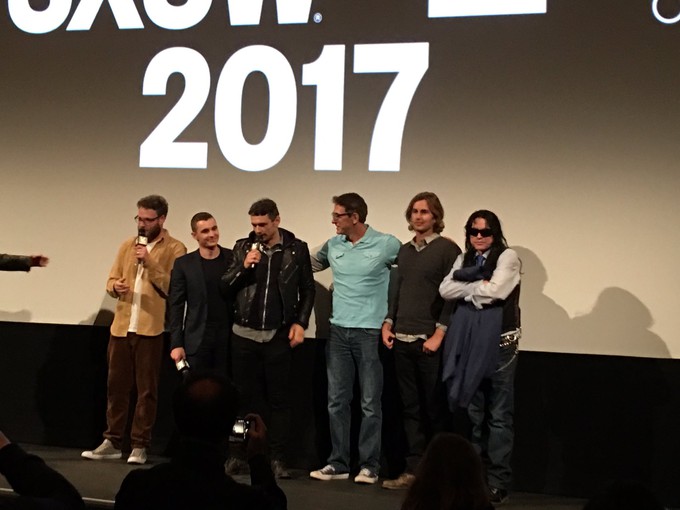 So, I can't promise you guys that the screening situation itself didn't at least partially color my opinion of the movie, but I'd like to think I'd recognize a shitty movie screened in a perfect way and would catch myself.

This one was one of the better surprises of SXSW for me this year. Very much looking forward to watching it again.