LONDON AFTER MIDNIGHT print found in Spain? Not so quick I hear...

Hey folks, Harry here...  LONDON AFTER MIDNIGHT, directed by Todd Browning and starring the late great icon of horror, the original Lon Chaney...  well, if you're a film geek, you know this silent "vampire" tale has been lost for ages.   A couple years ago we were on a trail of an alleged LONDON AFTER MIDNIGHT print that was purportedly in Warner Brothers' gigantic film library under the name THE HYPNOTIST, which was an alternate title at the time.  Last word I had on that alleged print was that Warner was in the process of relocating their library and perhaps it'd be found after that.   I found that to be annoying beyond all living concepts of hell.

Well, today - apparently Robert Parigi of AGENTS OF S.H.I.E.L.D. posted on FACEBOOK the excited rumor that a completely unrelated print of LONDON AFTER MIDNIGHT - 7 Reels long had been found in SPAIN.   SPAIN - has always been a great goldmine for lost cinema, so I was instantly excited when I saw Steve Barton's story at DREADCENTRAL....  So I went to Robert's Facebook, where there was no sign of the post on Parigi's FACEBOOK, which meant he probably took it down - which I took as a bad sign.   I sent him a friend request, but then I've a friend that is running AGENTS OF S.H.I.E.L.D. who is also a huge film geek and had him shake Robert down for additional info.  This is what Parigi told him...

It's is strictly in the rumor mill he said. Stills that were said to be from the alleged discovered print have actually been proved to be from a previous source. So perhaps only a rumor after all :(

Bummer, not the result I was looking for, but what I feare when his Facebook post that Barton was quoting from was gone.   We movie lovers, especially all us Monster Kids want to leap to proclaim this, but since that last known print was consumed in that MGM fire in the late sixties...  there's been a whole helluvalot of LONDON AFTER MIDNIGHT found... maybe...  we hope...  and yet...  we have still not found it.   Warners... search your library for THE HYPNOTIST...  Whoever is on this alleged SPANISH print - do not be deterred.  Perhaps it is still real, even if the Stills were not. 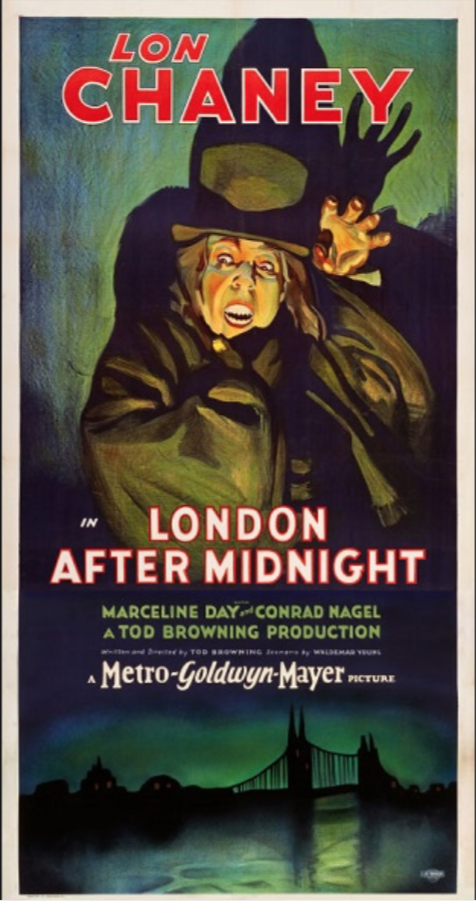 Talked a bit with Robert Parigi, who is bummed that the rumor took such flight, but at the same time, he loves how much interest there is in Silent Film and lost films as well.   Turns out the "Stills" were actually Nitrate Frames - but apparently they came from a trailer and not 7 reels of Lon Chaney goodness.   Que sera sera...   To the future!