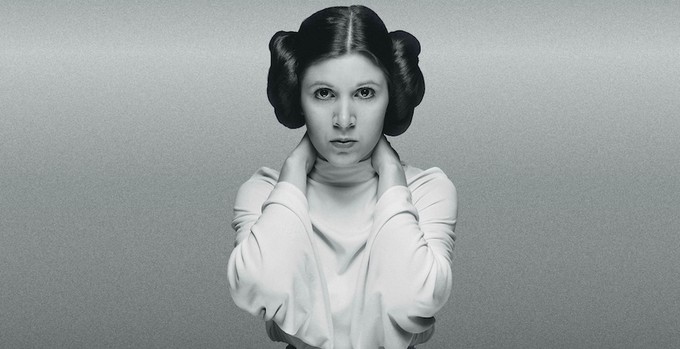 Ahoy, squirts! Quint here. Lucasfilm doesn't usually comment one way or another on hot Star Wars rumors. Some pan out, some are old news and have changed internally by the time we hear them and some are complete and utter Bantha poodoo. Lucasfilm stays silent no matter what.

But they came out and addressed a rumor today and there's some interesting implications to this.

Lucasfilm, via Star Wars.com, came out and unequivocally said Lucasfilm has no plans at all to digitally recreate Carrie Fisher's performance as either Princess or General Leia. Full statement below:

We don’t normally respond to fan or press speculation, but there is a rumor circulating that we would like to address. We want to assure our fans that Lucasfilm has no plans to digitally recreate Carrie Fisher’s performance as Princess or General Leia Organa.

Carrie Fisher was, is, and always will be a part of the Lucasfilm family. She was our princess, our general, and more importantly, our friend. We are still hurting from her loss. We cherish her memory and legacy as Princess Leia, and will always strive to honor everything she gave to Star Wars.

The wording there is interesting. "No plans to digitally recreate Carrie Fisher’s performance as Princess or General Leia Organa" doesn't mean "we will absolutely not ever do it." It means that as of right now you won't be seeing a CGI Carrie Fisher hanging around Episode IX and likely won't see another Young Leia cameo in one of the spin-off movies.

I have no idea what the creative team at Lucasfilm is planning on doing regarding her character. My gut tells me killing her off in Episode VIII will seem wrong, but so does having her out there in the Galaxy unseen and out of the loop while the First Order runs rampant, so your guess is as good as mine.

It is reassuring to me, though, that whatever button is put on that iconic role in Rian Johnson's Episode VIII that we won't have to be distracted by some weird CG double in the foreseeable Star Wars future.