Hello ladies and gentlemen, Muldoon here with an all too brief chat with Alec Gillis and Tom Woodroff. While you might not necessarily know their names, you know their work as they've created Aliens (literally helped build Aliens in Cameron's ALIENS), helped you believe a robot from the future could travel back in time to take out Linda Hamilton, and have designed The Predator creatures for years. In my eyes, these two are the cream of the crop, artists who stand at the same level as folks like Shannon Shea or Greg Nicotero... No doubt are these two individuals men who have more stories than you can imagine about how they helped bring so many pieces of rubber to life, but alas the opportunity to pick their brains came as a result of their latest endeavor, Bryan Bertino's THE MONSTER, and as such - out of respect for that opportunity, I pretty much stuck with questions about that specific film. If you haven't already, just click over on Alec or Tom's IMDB page and get a feel for their individual contributions to movies as we all know them. Having seen THE MONSTER, I can attest that it's not your typical monster movie. It's a film that's dark and hard to watch at times, and ultimately has one hell of a cool creature! (Go figure!) The film is currently in theaters and On Demand, so if you're into badass monsters, think about watching that bit of nightmare fuel from Bertino and company! 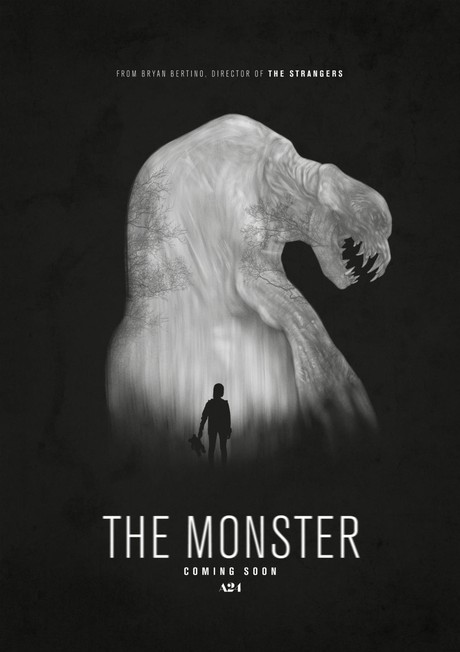 How did you get involved with THE MONSTER? Who first reached out to you and how much prep time did you have to create your kickass creature?

Bryan Bertino contacted ADI and Alec picked up on the project right away.  He had seen The Strangers and was already a fan of Bryan’s work.  Plus, Bryan’s project was right in that sweet spot of low budget that would keep the concept design, build, and making the most use of the creature on screen and keep the story more about the emotional and less of the grandeur or spectacle.

What sort of movie monsters (or actual living creatures) did Bryan Bertino point you towards at the beginning of designing?

Bryan had a couple of concept sketches he had done himself to give us an idea of what he wanted to see.  And more importantly, he was planning to not ever clearly reveal the creature in a full-body view so it was going to be kept deadly, threatening, and very mysterious.

He has an approach to creature design which we share and that is to incorporate some level of familiar animal or insect physiology, even in a subtle way, to keep the creature rooted to some level of recognized natural life.  It helps the audience stay rooted to reality to the story and its environment.

Can you walk be through the process of getting the gig, to having a working creature on set terrorizing the film’s principles? What are the key steps involved with physically building this entity?

The approach is the same as we engage on our biggest projects, but of course each step is more concise and timeline critical.  We start with creating the concept and the design of the creature.  On this project, we incorporated some shortcuts that we knew Bryan could keep disguised in the way he planned to shoot the effects.  Then it’s a direct, quick build and fabrication.  The final color design was to be all black so that greatly simplified the build and finish steps. 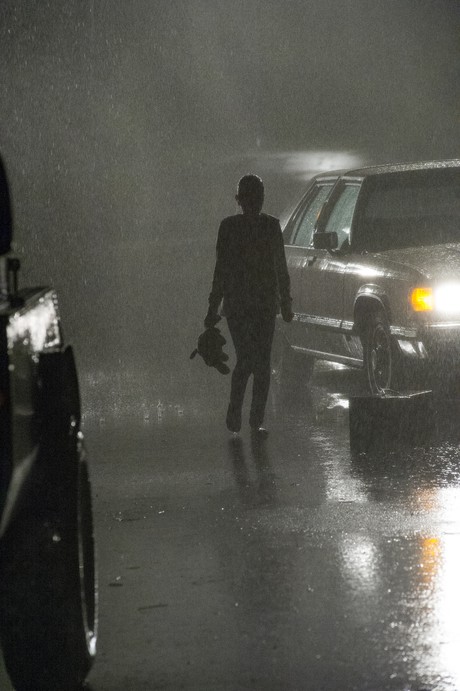 I assume you had a few versions of the creature, like a man in a suit for the wides and something a little more animatronic for close ups. When watching THE MONSTER, how many different variations of puppetry work are there? For each gag, did you have to design a special piece? Like gloves, full suits, and other rigs?

The build list included a hero animatronic head and a stunt head.  It also  provided a hero body suit and stunt body suit.  The body included walking  arm extensions and poseable arm extensions and a choice of working leg  extensions or simple stunt feet.  So there were a lot of pieces that gave the  director choices for how to set up each shot.

What type of a team did you have on this project, from folks who might’ve sketched ideas to individuals who worked on set, in the trenches, with you to bring this thing to life?

It was our crew, the same artists and technicians that have been with us for years.

What were the most challenging aspects of creating this specific monster?

Bryan wanted to see very little of the creature. The ‘less-is-more’ approach is a double-edged sword. On the one hand, it’s completely black, kind of an inkblot with teeth. So maybe you get away with a bit less detail. On the other hand, what you do see becomes much more important. Being a metaphor for the dysfunctional relationship, it was by nature a psychologically subjective creature, rather than a scientifically plausible one. That meant less reliance on actual reference photos.

How much time did you need to set up for your most difficult gag on the film? I’m trying to get an idea of how much time was allocated to prepping the creature as opposed to a starlet needing more time on their makeup in a trailer. On average, was the creature ready to go at call or did it require a bit of prep?

This was the first time we’ve ever built a creature and not taken it on set ourselves. We asked production to hire some of our Canadian friends with whom we’ve worked on a number of projects. Gord Robertson and his crew did a terrific job. I can say that in general a creature like this takes about 20 – 30 minutes to suit up.

Stepping away from the creature itself, what was the most impressive gag you were able to pull off? Rain effects? Foggers to help beef a given scene up? What are a few things needed from SPFX that helped ground this movie?

Bryan had an excellent plan from the get-go. Shooting at night, a few pin  point light sources, rain, the woods. All things that added up to a really creepy environment. He and the DP gave us everything we needed to succeed.

What was your most enjoyable memory from THE MONSTER? It’s a rather dark film, with cold feeling locations, so I hope the actual shooting of it was balanced out with jokes, levity, and good people. What moment during the shoot do both of you think you will reflect upon in the years to come?

Gosh, you make it sound so fun. I wish I had been there. Seriously, night shoots in non-stop rain get grueling. You get loopy towards the end of a shoot. AVP:R was a huge rain and monster suit show. I can tell you afterwards you just want to sleep for a week before you become normal again. 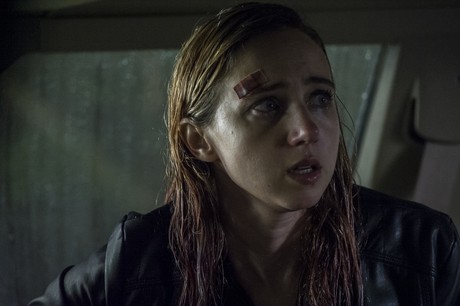 Stepping back, how did the both of you get your start in this business? Growing up, who did you look to for inspiration? In your opinions, what are some of the greatest creatures to ever hit the screen?

We both had similar childhoods, though on opposite coasts. The work of Ray Harryhausen, the original PLANET OF THE APES were huge influences. Universal’s FRANKENSTEIN, THE CREATURE FROM THE BLACK LAGOON, KING KONG were Golden Age greats. The ‘80’s were a Second Golden Age that included ALIEN, THE THING and some worked on like TERMINATOR, PREDATOR and TREMORS. THE MONSTER has throwback elements. Great performances and well-written characters. We’re proud to have worked on this one.

You both have credits to your name that… I can’t truly barely wrap my head around. I would love the opportunity to speak with you both at a much more in depth conversation, but am curious – looking back, what are some films you learned a lot on, had a great time on, or turned out significantly better than you had expected at the box office? In other words, what three movies would you say best reflect what you’re capable of – or – what three movies are you most proud of and why?

Usually it’s the working experience that brings the best memories. There are some that were very difficult that brought great lessons (MORTAL KOMBAT) others were tough for different reasons but were big hits (ALIENS). Still others were just plain fun and then became cult hits (PUMPKINHEAD). I can’t stop at three! JUMANJI, DEATH BECOMES HER, STARSHIP TROOPERS, ALIEN 3. Now I’m just rattling off our resume. We’re very fortunate to have been part of some historic stuff.

What’s next for you both? Do either of you have a project you’re in the process of getting off the ground? Is there a dream project you’d want to build creatures for?

Currently working on BRIGHT with Will Smith and Joel Edgerton, as well as Shane Black’s THE PREDATOR. We still love the work. Often we’re having more fun on the smaller budgeted films where filmmakers are taking more risks. In terms of creatures we’d like to build, we have scripts of our own we’re working on getting off the ground. We want to build StudioADI as a brand that brings fans of creatures exactly what they’re looking for. It’s something big studios rarely do. Hopefully you’ll help promote them when the time comes!

Well, ladies and gentlemen - that's the brief Q&A session with these two talented creature creators. It's always refreshing to hear from individuals who make movie magic, the types who can take an idea and literally bring it to life. The amount of talent these guys have in their pinkies is something I too hope to one day have under my belt and the fact that these two men are still hungry, still looking to continue doing what they do... that's pretty cool. Maybe one day I'll be able to do my MEET THE CREW with either of these gentlemen, but until then - I really appreciate them taking time out of their days to answer my questions.