The Old Man and The Gun reteams director David Lowery with both Casey Affleck and Robert Redford! 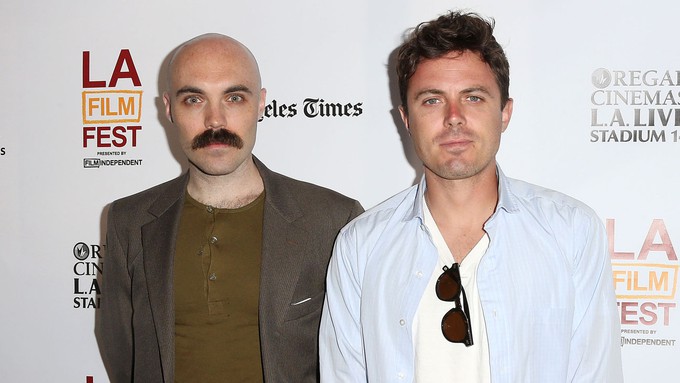 Ahoy, squirts! Quint here. The Playlist has an interesting development for us fans of good-sounding things: Casey Affleck is going to reteam with his Ain't Them Bodies Saints director David Lowery for a movie called The Old Man and The Gun, which will star Robert Redford.

I assume Redford will be "The Old Man" of the title and it might just be me, but I'd shit a brick of happiness if Affleck was playing "The Gun." I imagine it a little like Eddie Valiant's cartoon gun from Roger Rabbit.

Reality is that this is actually a real-deal movie and not just something ridiculous that only I would like, sadly, but it still sounds pretty great. It's about an older career criminal who keeps at it even in his twilight years and a younger reporter who tracks him down.

Lowery recently worked with Redford on the Pete's Dragon remake and will do another Peter movie for Disney (Pan, this time), but is looking to squeeze this smaller film out between the two.

That guy's the real deal and I look forward to anything he makes, especially if that means we get another juicy role for Robert Redford.