Rejoice! They made a documentary about Toshiro Mifune and it looks great! 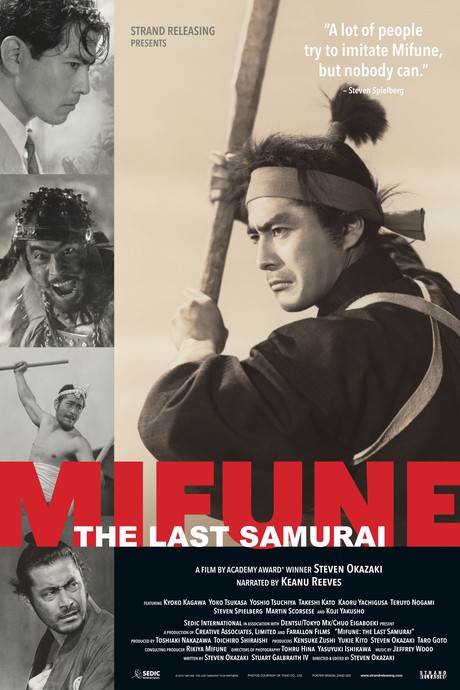 And man, it looks good! I always love seeing masters like Steven Spielberg and Martin Scorsese talking about their movie idols. In my short rounds of interactions with Spielberg over the years I've had the most fun just bullshitting about other movies. He might be one of the greatest directors to have ever lived, but at his core he's simply a film geek and gets a sparkle in his eye when he's talking about Ray Harryhausen or Willis O'Brien or, in this case, Toshiro Mifune.

You can see that sparkle in the trailer for Mifune: The Last Samurai as well as a glimpse at who Toshiro Mifune was. I really, really gotta see this thing!