#22 - THE MIND’S EYE - #22
Why is THE MIND’S EYE #22? Because it is a terrific ode to Cronenberg, DePalma, and the fantastic horror of the 80’s. This is basically a SCANNERS/THE FURY style film in terms of story, but it is a fantastic showcase of a new crop of genre acting talent and another fantastic performance by Lauren Ashley Carter (the new queen of horror in my book). So much is done with so little in THE MIND’S EYE that I can’t wait to see what happens when Begos gets the budget he deserves. You can find it here on iTunes and Amazon here. Here’s my review of THE MIND’S EYE from August 12th! 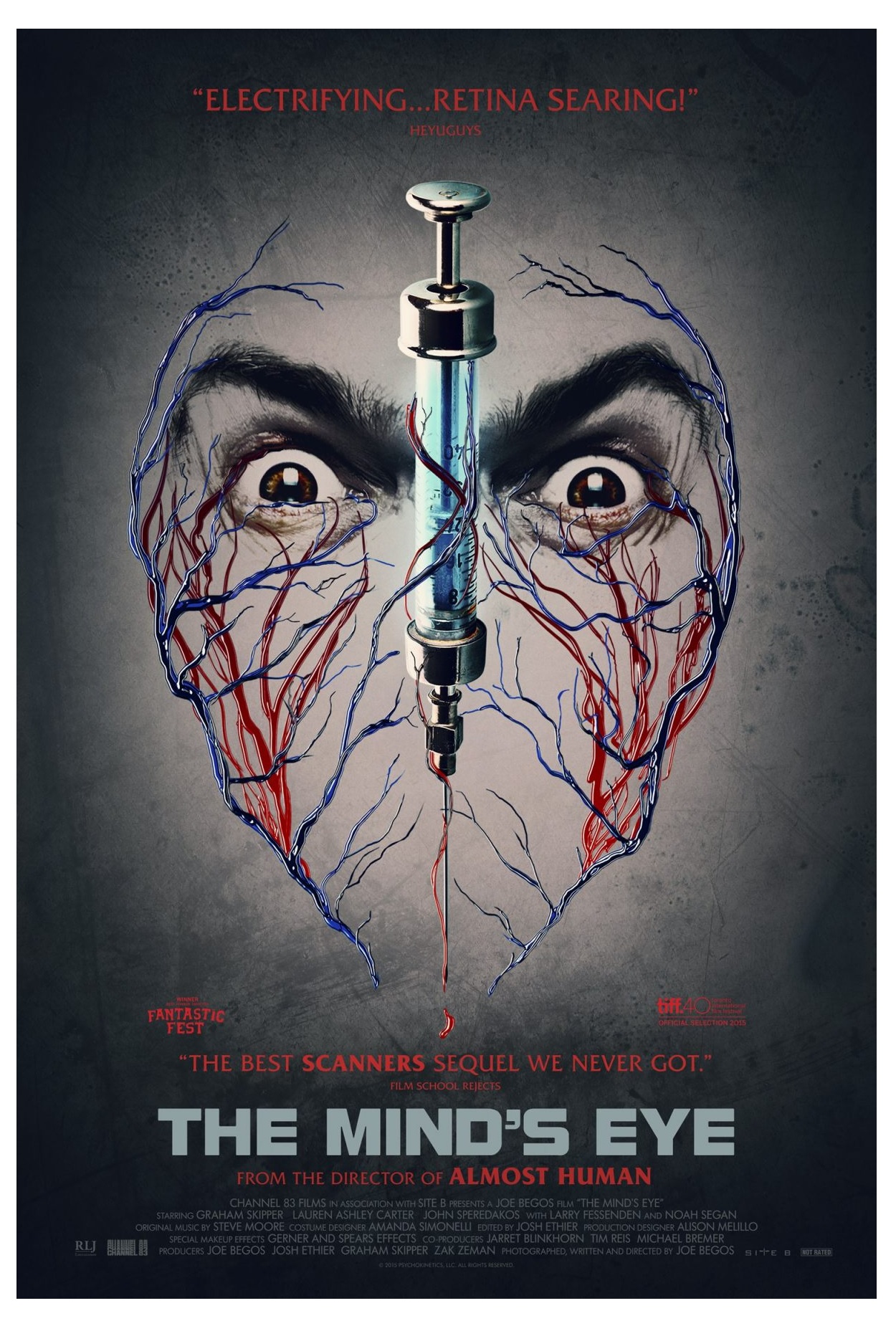 Joe Begos burst onto the scene a short while ago with ALMOST HUMAN (reviewed here) an ode to John Carpenter which modernized Carpenter’s style, subject matter (specifically THE THING and maybe a bit of STARMAN), and even swiped the font for the title credits. Some felt this homage was a bit too on the nose, while others felt it was the emergence of a fresh new voice in horror. This year, Begos is making waves once again with another film that lifts quite a bit from films like David Cronenberg’s SCANNERS, Brian De Palma’s THE FURY, and maybe a bit of FIRESTARTER and THE DEAD ZONE tossed in there, but still offers up enough fun to make it much more than just parts from previous genre films.

The film follows the troubled life of Zach Connors (played by the almost-too-much-looking-like-Elijah-Wood-that-it’s-scary Graham Skipper—who starred in Begos last film) who is picked up by the police as he wanders through a small town, much like John Rambo in FIRST BLOOD. After a run-in with he cops where Zach displays telekinetic powers, Zach is put on the radar of Dr. Slovak (John Speredakos), who runs a clinic that specializes in treating people with psychic powers. In this clinic is Rachel (the always amazing and beautiful Lauren Ashley Carter from DARLING and POD), Zach’s missing girlfriend who also has powers of her own. Agreeing to return to the clinic with Slovak, Zach uncovers the doctor’s true intentions, which is stealing spinal fluid from the psychokinetic patients for selfish means. After a bold escape from the clinic, Zach and Rachel must face a psychokinetic-powered-up Slovak and his thuggish guards in order to regain their freedom.

Because there have been iconic horror movies made from this subject matter, comparisons are going to be many to those films I listed above in the first paragraph. And while they are valid comparisons, instead of accusing a lift, I feel Begos did a fantastic job of diluting what made those films about psychic phenomena so effective and was able to put together a really fun action and intrigue flick with a whole lot of gore and a ton of genre actors be sloshed with it. No horror fan should be disappointed as this film does a lot of the things SCANNERS did and while I give Cronenberg credit for the masterpiece that is SCANNERS, I found this film just as fun. Yes, there is a slo-mo exploding head, but man, does it come at a time in this film that fits perfectly with the intensity of the action going on. There’s a lot of really soppy, gooey gore in this film and I applaud Begos for going for broke with the wet stuff in this hard edged actioner. While the scope is pretty small, and most likely the budget was as well, money was spent on effects and they are definitely worth every penny.

The other appeal to this film is that it stars some of the most loved faces in indie horror at the moment. Lauren Ashley Carter doesn’t have as much to do here as she did in POD and DARLING, but what she does is great, providing the heart of the film with Rachel’s relationship with Zach. Graham Skipper is damn great here as the lead and John Speredakos fills the shoes of the villain comfortably with a lot of growling menace. But the smaller roles are filled out with folks of equal talent such as the Godfather of modern horror Larry Fessenden as Zach’s Dad, THE BATTERY’s Jeremy Gardner as a jittery guard, CONTRACTED’s Matt Mercer as a fellow patient in the clinic, THE DEAD GIRL and STARRY EYES’ Noah Segan as a guard with powers of his own, and I especially enjoyed the down to earth snark from ALMOST HUMAN’s Michael A. LoCicero as another guard at the facility. All of these familiar faces showing up in one movie makes this a genre fan’s treat.

THE MIND’S EYE also offers up a synth score and special sound effects that take this film to another level of cool. The sound effects used to exemplify when powers are being used is very cool as is the Carpenter-esque synth music played throughout, once again calling back to the 80’s. Sound is important here as most of the time, the camera is being focused on two guys grunting at one another as they try to fight each other with mind power. This could come off as goofy as hell, but with some finessed usage of sound effects, music, and editing, these scenes of mind battle come off as exciting rather than laughable.

One thing I noticed is that there’s an awful lot of spitting in THE MIND’S EYE. Unless Begos is going for a specific gimmick or inside joke, I’d advise the filmmaker to watch the amount of saliva being hacked forth from mostly all of his actors. Loogeys are spat in faces in defiance and down at fallen opponents by almost everyone in the cast and it got to be quite fun to predict who is spitting at who as this film proceeded. That said, THE MIND’S EYE is yet another example of how filmmaker Begos is able to make big time horror on a low budget. Someone give this guy more money. If ALMOST HUMAN and THE MIND’S EYE are any indication, Begos is bound for greatness in the world of horror. 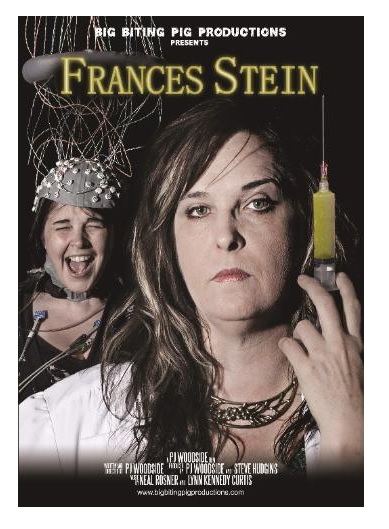 Worth noting: FRANCES STEIN!
Made with only a fraction of what most films on this list are made, FRANCIS STEIN is the latest film from indie writer/director/actor PJ Woodside and her Biting Pig Productions. This is a smart and modern retelling of the classic Frankenstein character. This micro-budget flick may not be everyone’s cup of tea, but again and again, Woodside and Co. surprise me with the strength of their tales they tell. This one is no exception. Check out my full review of the film here. You can find it here on iTunes and Amazon here!