FANTASTIC FEST announces a third Tsunami of Terrific Programming! So close I have no fingernails left!

Hey folks, Harry here...  Every year at FANTASTIC FEST, I get asked...  What am I looking forward to.   It's a bit of a jinx of a question, as far as I'm concerned, because the things that everybody is always looking forward to.   They're the titles we've seen trailers for, the titles with directors whose names we recognize and lastly the films with Actors & Actresses we adore.  Of course, I'm looking forward to all the obvious titles, but what I'm most looking forward to are the least obvious titles.  The ones by first time directors from far off locales.  Those are the films that one tends to hold close to one's heart.   They're the titles that you place your faith in the best programming team assembled by the history of humankind.   Having the WESTWORLD preview and the ASH VS EVIL DEAD Season 2 premiere...  well, that's killer!   AGE OF SHADOWS!!!   Yes!  Kim Jee-Woon is a longstanding hero of FANTASTIC FEST having brought us such amazing and visceral experiences before.   Same with A MONSTER CALLS by J.A. Bayona, who first brought his THE ORPHANAGE to Fantastic Fest all those years ago.

I'm so proud of this year's line up of FANTASTIC FEST...   Year after year, it makes programming BNAT harder - because frankly...  This week of cinema, it's unlike anything you've ever experienced, if you've never attended.   BNAT is the OVERNIGHT spectacular...  FANTASTIC FEST is like DIRTY DANCING...  You go to this strange bizarre freak show, fall in love with everyone on staff & at the Alamo, pay for an abortion you weren't a part of making, and in the end...  You've grown up alot.   And nobody puts baby in the corner. 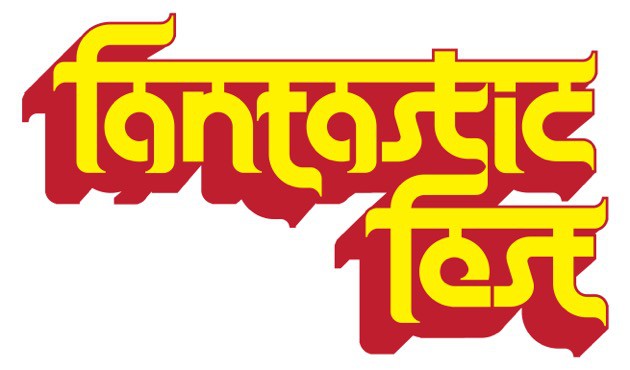 ALAMO DRAFTHOUSE'S FANTASTIC FEST GOES BIG
WITH FINAL PROGRAMMING WAVE
AND NACHO VIGALONDO'S "COLOSSAL"
AS THE CLOSING NIGHT FILM
Programming lineup for 2016 Festival also includes
HBO's much-anticipated "Westworld", Focus Features' "A Monster Calls",
and Wu-Tang Clan founder RZA live-scoring a kung fu classic!
A bevy of esteemed guests including Dolph Lundgren, Leonard Maltin,
Bruce Campbell, Paul Schrader, and many more!
Austin, TX - Wednesday, September 7, 2016 - Alamo Drafthouse's Fantastic Fest unveils its final wave of programming with a giant-sized round up of the wildest films from across the planet. Opening the announcement and closing out the festival is the triumphant return of Fantastic Fest's Karaoke King Nacho Vigalondo with his kaiju monster mash-up COLOSSAL, starring Hollywood heavies Anne Hathaway and Jason Sudeikis.
Converging music, film and art, Fantastic Fest welcomes fellow festival alumni and Wu-Tang Clan founder RZA for his first ever live re-score. Eighteen months in the making, RZA: LIVE FROM THE 36th CHAMBER OF SHAOLIN is a mammoth live re-scoring of the Shaw Brothers classic. Featuring over 40+ tracks culled from RZA's monumental catalog, instrumentals, beats, samples and vocals amplify Lau Kar-leung's narrative and Gordon Liu's iconic performance.
"I am thrilled to be welcoming so many first-time directors to our weird festival family this year," said Fantastic Fest founder Tim League. "But as counterpoint, I am equally excited to be closing it down with veterans Nacho and RZA. In 2016, we're going out with an epic bang."
Fantastic Fest embraces its more physical side with a series of violent smashers that are guaranteed to leave heads spinning and jaws rattled. All 6' 5" of our favorite chemical engineer will be in attendance as Dolph Lundgren promises to pummel Austin and demons alike with DON'T KILL IT. Paul Schrader will be making a very special appearance in the second half of the festival to share and discuss his wild exploration of the criminal underground, DOG EAT DOG. Indonesia is gloriously represented with HEADSHOT, the latest from the Mo Brothers and THE RAID / THE RAID 2's Iko Uwais in what is guaranteed to be the most violent film of the year, and Hong Kong comes correct with the legendary Sammo Hung choreographing the action in Benny Chan's wuxia western, CALL OF HEROES.
"There was so much that we loved this year, it's wonderful to finally be able to share the full slate. We watched over 800 films and getting it down to 80 proved nearly impossible," said Fantastic Fest Head of Programming, Evrim Ersoy, "But we're here and we can't wait to see people watch these brilliant delights with shock and awe in equal measure."
TV takes center stage with two of the season's most hotly anticipated shows gracing the big screen. The man, the myth, The Bruce Campbell will be in attendance battling the Necronomicon once more and bringing new episodes of ASH VS EVIL DEAD with him. Campbell will also be sitting with critic/film historian Leonard Maltin for an exclusive dialog spanning his entire career. HBO joins the Fantastic Fest fray with an exclusive screening of the first episode of its highly anticipated new drama series, WESTWORLD. Inspired by Michael Crichton's '73 sci fi classic, this supremely contemporary rendering is a dark odyssey about the dawn of artificial consciousness and the evolution of sin. WESTWORLD will be accompanied by a complimentary, classic western meal for all guests courtesy of HBO.  Artfully prepared by the Alamo Drafthouse culinary team, the meal will draw its influence and ingredients from the frontier era and its expansive environment.
Western meals aren't the only munchies inspiring programming as three of the festival's most high profile gross-outs are first timers. Morgan Spurlock marks his Fantastic Fest debut with his uber-disgusting dissection of the most loathsome rodent in his doc RATS. Spurlock will be in attendance to talk about the vicious vermin and their endless conquest to take over the world. Another stomach-churning debut is Puke and Explode, a gala event of competitive eating dedicated to both gastro excess and grotesque edibles as contestants devour the most mortifying morsels imaginable. And in the grand tradition of festival favorite 100 BEST KILLS, Fantastic Fest vets Zack Carlson and Laird Jimenez deliver 100 BEST KILLS: 100 WORST BIRTHS, a dazzling array of the most nauseating, disturbing, inhuman and downright vomitous births in cinematic history. From sci-fi cesareans to martial arts miscarriages to horror hysterectomies, they will permanently sterilize viewers with 80 minutes of no-holes-barred babyrage.
Mondo will be driving movie fans crazy with a creative cornucopia of limited-edition collectibles at Fantastic Fest for the first time. The roll call of film tie-ins include super-exclusives for RZA: LIVE FROM THE 36th CHAMBER OF SHAOLIN, and product signing sessions with Don Coscarelli and the cast of PHANTASM: REMASTERED and André Øvredal with THE AUTOPSY OF JANE DOE.
During Fantastic Fest, Mondo is also hosting Italian composer extraordinaire Fabio Frizzi as he performs THE BEYOND: COMPOSER'S CUT, his all-new live re-score of Lucio Fulci's shocker in a supremely gothic church with jaw-dropping acoustics.
See below for the full lineup of newly announced film titles for Fantastic Fest 2016.
A MONSTER CALLS
United States, 2016
Texas Premiere, 108 min
Director - J. A. Bayona
Twelve year old Conor, dealing with his mother's illness, unexpectedly summons a most unlikely ally - a 40-foot-high Monster.