Behold the T2 in 3D Poster! Yes, a theatrical release of TERMINATOR 2 in 3D is coming!!!

Hey folks, Harry here... I'm a 3D supergeek, the active shutter at home 3D glasses provide the best 3D I've seen.  It's just - amazing stuff.   But I also love theatrical 3D, though more and more it feels many theaters are marginalizing it due to a lack of passion from theater goers.   Amongst my fave 3D has come with the apaptation of old 2D movies into 3D, like WIZARD OF OZ, PREDATOR and TOP GUN.   Having TERMINATOR 2 joining that group is thrilling, though not overly surprising.   We know that James Cameron has discussed doing this to T2 and ALIENS has long been a plan.  Today, on the anniversary of its release in 1997 upon this very day... they posted this: 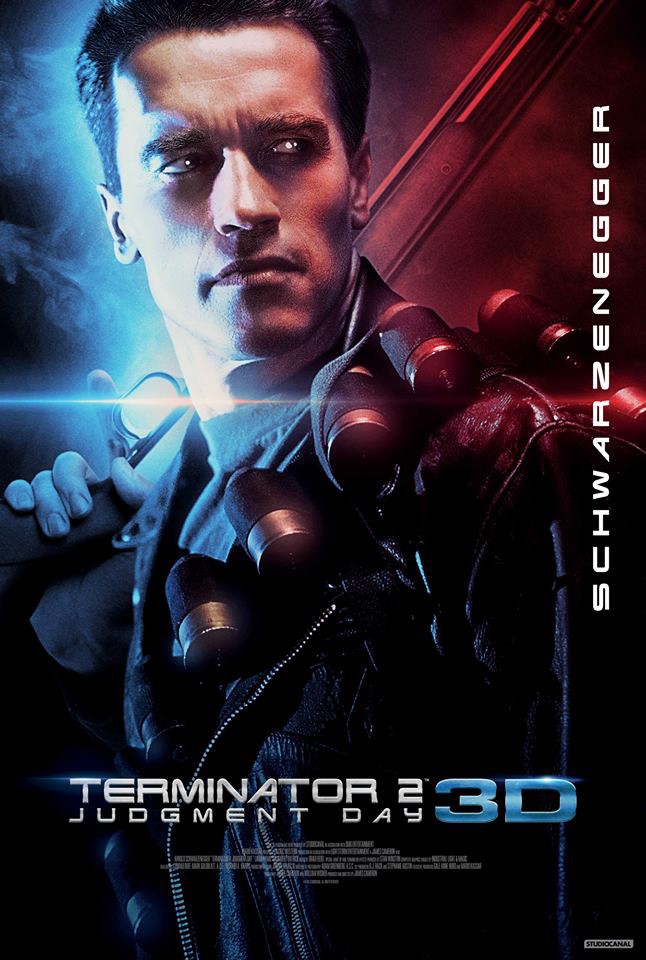 Keep it cool... we'll be back with more as it appears!