Today – two films are opening that are a euphemism for COCKS…   PETE’S DRAGON and SAUSAGE PARTY…  The first is a sweet family film about a boy that lives for around 6 years in a cave with his furry green dragon he calls ELLIOT and the other is a film about the alternate reality where our food worships us, until they realize the horrific truth of the matter…  that’s SAUSAGE PARTY – and it’s only a family film if you’ve raised your children to appreciate dark alternative quasi perverse juvenile humor.  The food sex jokes will plague your home for weeks. 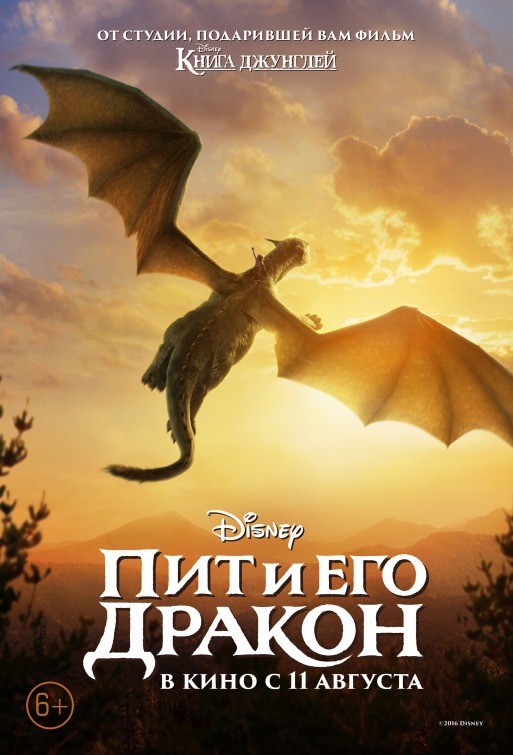 It’s nearly been 40 years since PETE’S DRAGON first opened in theaters.  We’re now in the midst where the Disney corporation is going to mine every corner of their animated empire for Live Action remakes – so Indie darling David Lowery enters to bring the live-action animated classic into the live action cg animated classic realm.

However, it isn’t just about the effects for Elliott…   They’ve completely transformed the character from Ken Anderson’s brilliantly hilarious creation… to turning Elliott into a Puppy Dragon.  Which makes Oakes Fegley’s Pete, more of a Mowgli living with Elliott in the woods for over half a decade.

I’m gonna stop right there for a sec.  I enjoyed PETE’S DRAGON (2016).   It’s set in the Pacific Northwest, Bryce is a Forest Ranger, Redford’s her Dad.   Wes Bentley her husband with Karl Urban as his brother – and they’re both running the Lumber Mill – and that’s the story essentially –

It’s a good, solid family film, but I have to say – turning Elliott into essentially puppy bored me.   It’s sweet – and you won’t find any kids you take complaining.   My nephew left the theater moaning how much he wants a dragon – and yeah – having a big soft furry dragon to fly around the world with that can turn invisible whenever it is exceptionally convenient.   All good…  But I can’t shake growing up with the original film.   Having Elliott play Tic-Tac-Toe on his belly with a burnt stick…  was something absolutely magical about the original film.

Also – the silly fantasy & whimsy of the original is replaced with realism.  I found myself wishing the dragon revealed more magical abilities.   After Spielberg’s adaptation of Roald Dahl’s completely magical THE BFG, I found PETE’S DRAGON just feeling a tad ordinary to me.

Now, I’m wrong on this film according to just about everyone I love and respect, but I’m fine with that.   Sometimes, you see a film that isn’t so much for you, but for everyone else.   That’s how I feel about the remake of PETE’S DRAGON…  it’s just too mature for me.

Second, let’s wallow in the wacky relish of SAUSAGE PARTY…

SAUSAGE PARTY is my favorite film of the year so far.

Amongst the very first cartoons that I ever saw – back in the Stone Age of the Seventies – on 16mm film in my parents enchanted second floor – THE FRESH VEGETABLE MYSTERY.  Here you go…

Then, my parents took me to see Ralph Bakshi’s more adult animated films – and once you’ve seen films like FRITZ THE CAT, HEY GOOD LOOKIN, COONSKINS, WIZARDS & AMERICAN POP, HEAVY TRAFFIC… you’re upon a path.   One of the very first VHS tapes we got was FANTASTIC PLANET.   Films like WATERSHIP DOWN and PLAGUE DOGS also got me.  Then later as I grew older and less mature, I sought out all the filthy animated flicks like SHAME OF THE JUNGLE, DIRTY DUCK and the great Dutch flick TERKEL IN TROUBLE.   There's really a lot of great adult animation out there,

SAUSAGE PARTY takes the premise that not just our food, but all products at a Grocery store are sentient.  Not only that, but like the 3-eyed Aliens in the TOY STORY Claw machine, they’ve developed their own belief system based upon their very limited product lives.   They worship the GODS to choose them.   The GODS are us, naturally.

Now from the Trailers – I thought this film was about life at the store – and then life in the home the Weiners and Buns get taken to.   Nope, more to it than that.   A lot more.

The film is filled with culturally inappropriate & hilarious social commentary, there’s likely to be some cultural backlash by folks that just can’t laugh at how fucking stupid their sensitivity is.   It’s time to get past the rage and laugh together at how silly we humans are.   Food, Toilet Paper, Alcohol and Douche products are just what the world needs to clean out their impurities.

I was crying laughing at this movie.  Salma Hayek’s Teresa TacoShell and Kristen Wiig’s Brenda Bun completely own my funny bone.

The Directors of this finger-licking good movie are Conrad Vernon (director of SHREK 2 & MONSTERS VS. ALIENS) and Greg Tiernan (of pretty much every THOMAS & FRIENDS video – yes, Thomas The Train Engine) – and this had to be a wondrous breath of fresh air for these two men that have been working in the realm of pure Family Entertainment for pretty much their entire careers.

Leave it to Seth Rogen & Evan Goldberg to pervert them properly.

There’s a scene in this film that takes place after the immediate crisis is averted…  you may want to bring an extra supply of oxygen for -  It’s essentially SAUSAGE PARTY’s Ewok Celebration moment and be sure you have both lungs before seeing this movie, cuz you’re gonna laugh so hard you’ll cough one up.   If you’re an older teenager/college age kid – you’ll feel you’ve found the promised land.

After the film, Father Geek looked at me and said…  “I wasn’t expecting for that to be that movie!”  He loved the social commentary and off-color humor & innuendo and raunchy sight gags.   As a publisher of Underground Comic stories and a Dealer of Underground Comics – he went head over heels for this very adult and very fucking funny flick.

So – if you’re looking for a film to take the family with young kids – you’ll love PETE’S DRAGON --  But if you want a film you will party with friends with from now on, see and support SAUSAGE PARTY!!!