Get an early look at Luc Besson's return to sci-fi, VALERIAN AND THE CITY OF A THOUSAND PLANETS!

Ahoy, squirts! Quint here. Luc Besson took the stage with his VALERIAN stars at SDCC today. Before they hit the stage EuropaCorp released an image of Dane DeHaan as the title character and everything about it (lighting, color palette, props, set design, etc) makes me smile.

Like most sane people, I adore The Fifth Element and the vast majority of Besson's work as a director. Considering this is one of his long-gestitating passion projects I have high, high, high hopes from this one.

Check out the still: 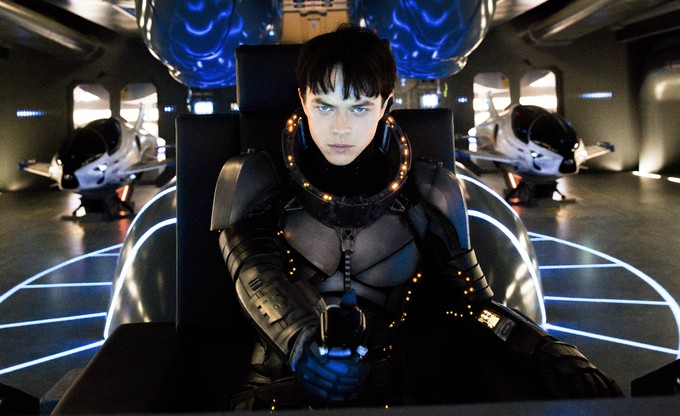 The lucky folks in Hall H got to see the first three minutes (with unfinished effects) of Valerian and the City of a Thousand Planets and the word was strong, particularly about the chemistry between DeHaan and Cara Delevingne.