This is a great 50th Anniversary Poster for STAR TREK now Available!

Hey folks, Harry here...   Don't you love this poster?  It was made out of pure Star Trek love by Dusty Abell. He made it as "a super fan and it's my favorite TV show and meant a lot to me growing up in the 70's and it shaped a large part of the person I became as an adult."  Now looking at the poster, you might think...  This guy is a pro!   And you're right.  He was the Production Designer on BEN 10, from there he became a Property Designer on KING OF THE HILL.  Then in 2010 he started working for Warner Brothers Animation serving as the Character Designer on JUSTICE LEAGUE: CRISIS ON TWO EARTHS, BATMAN: UNDER THE RED HOOD, SUPERMAN/BATMAN: APOCALYPSE, SWORD OF THE ATOM, YOUNG JUSTICE, GREEN LANTERN: EMERALD KNIGHTS, JUSTICE LEAGUE: DOOM, ALL-STAR SUPERMAN, SUPERMAN: UNBOUND, JUSTICE LEAGUE: THE FLASHPOINT PARADOX, JUSTICE LEAGUE: WAR, SON OF BATMAN as well as MIKE TYSON MYSTERIES.   Remember that SUPERMAN 75th Anniversary short?  He did that with Bruce Timm.

CBS approached him because they'd seen his Star Trek piece in a form and wanted it for their STAR TREK 50 for 50 Book - and he did a total recolor of the piece.   Now - where can you get one?  Over at DustyAbell.Com exclusively.   Like you good folks, he's been a long time fan of AICN and wanted to share this work with all of you.

Now - here's the key for the poster - Test your memory for classic Trek!   Here ya go: 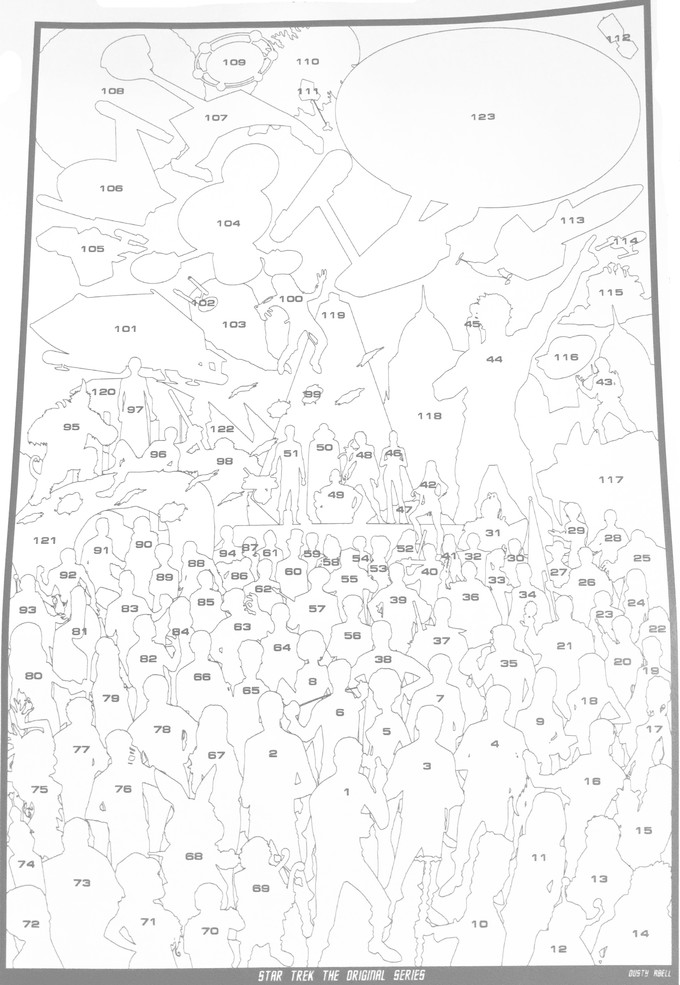 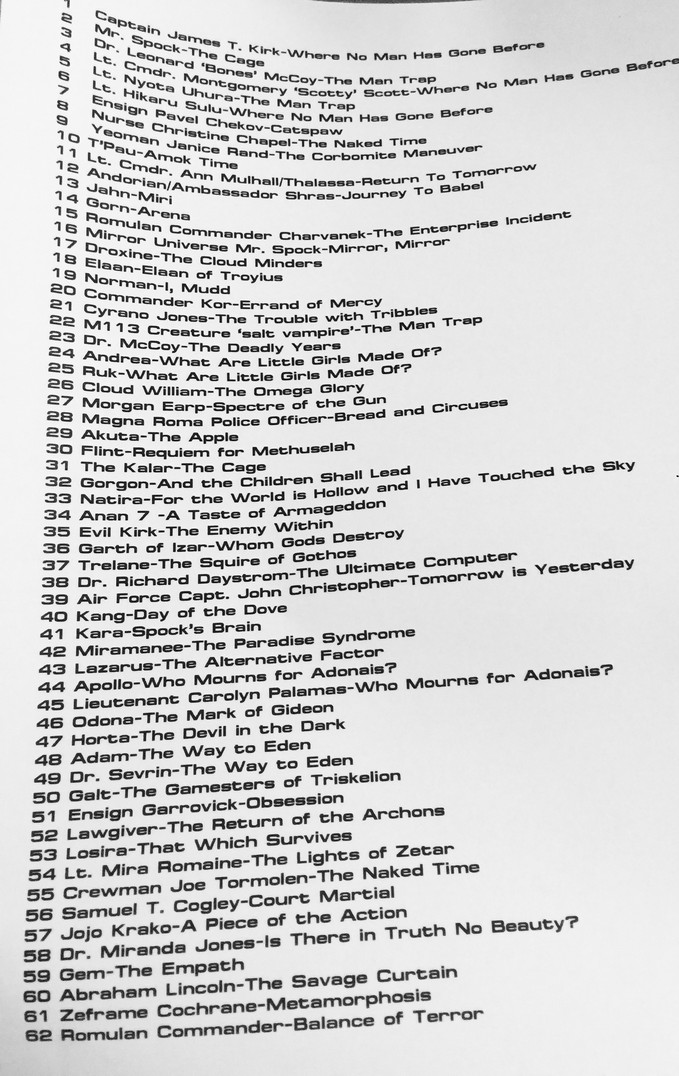 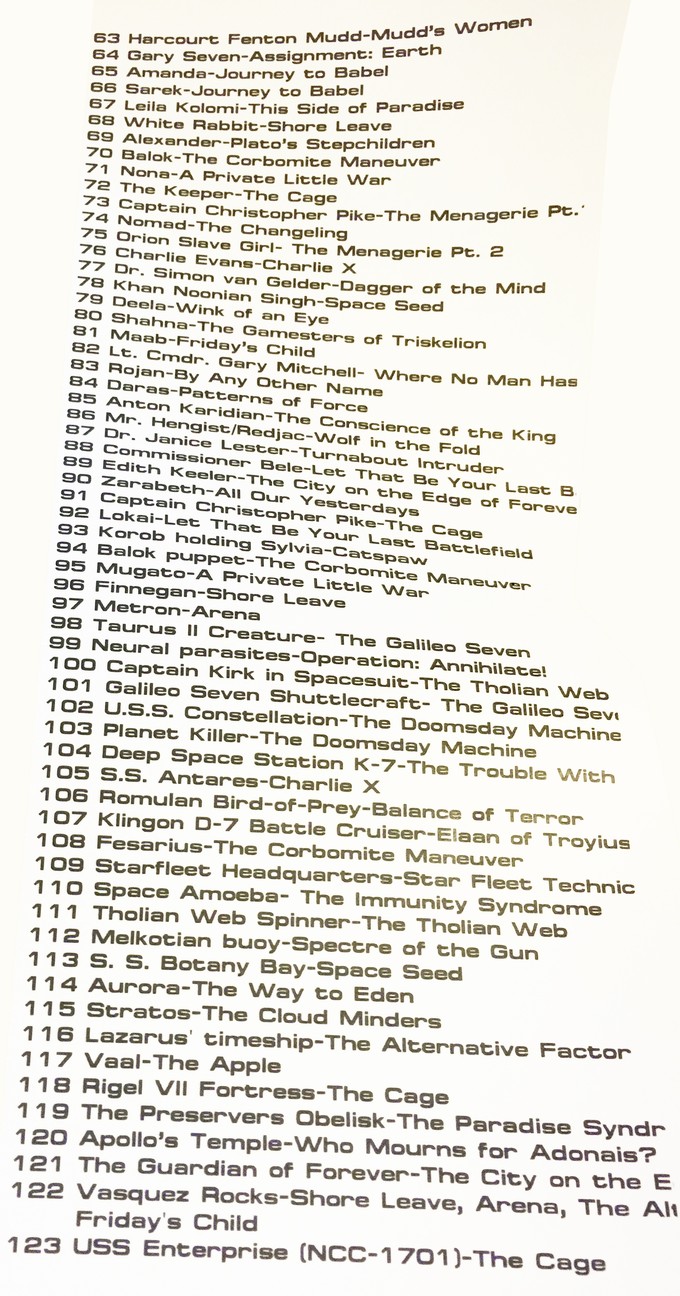