Ridley Scott and Drew Goddard to bring S. Craig Zahler's WRAITHS OF THE BROKEN LAND to the big screen!

Ahoy, squirts! Quint here. Any news of Drew Goddard working on a project is good news. That good news becomes even better when you find out he's going to be adapting a violent western book from Bone Tomahawk's S. Craig Zahler. That better news is turned up to 11 when you find out that none other than Goddard's MARTIAN partner in crime Sir Ridley Scott is going to direct.

The novel is Wraiths of the Broken Land and Deadline says 20th Century Fox has closed the deal for the package that would reunite their Martian writer/director duo. 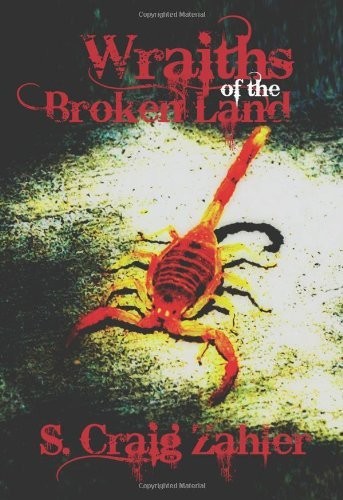 Wraiths sounds a lot like Bone Tomahawk in that it's a men on a mission story set in the old west as a family chases down two kidnapped sisters and leaving Hell in their wake.

I've actually been meaning to pick this one up after it came up in my interview with Zahler last year, in which he described Wraiths as “Bone Tomahawk times 10,” but I got lazy and forgot about hunting it down. Bone Tomahawk, by the way, was the story Zahler wrote when they realized they couldn't afford to adapt Wraiths of the Broken Land.

Anyway, I'll have to fill that particular literary hole soon. I've heard this novel described as a violent revenge filled noiry horror western and that sounds pretty damn good to me.

So, that's the news. What do you folks think?