Horrorella Reviews MAJOR! and A WOMB OF THEIR OWN! 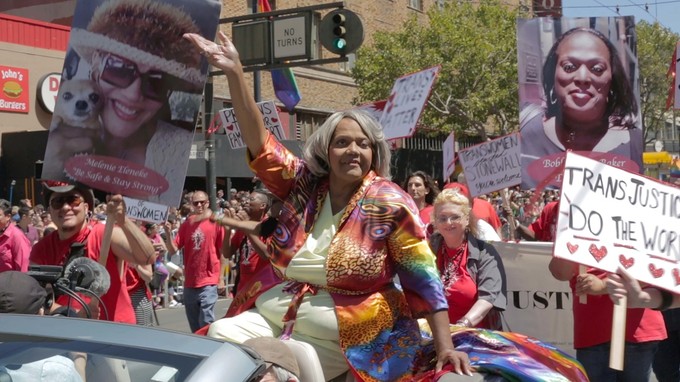 MAJOR! offers a glimpse into the life and work of Miss Major Griffin-Gracy, a transgender woman who has devoted her life to social justice and to the betterment of the trans community – specifically to the care and support of trans women of color in the prison system.

From her roots in Chicago to her time spent in New York and California, this documentary, directed by Annalise Ophelian, opens a window into the life, work and experiences of a woman who continues to make a huge impact on transgender rights and social justice. It touches on Miss Major’s involvement with the Stonewall Rebellion in 1969, and the way the trans community’s impact on the event was subsequently written out of history, her work with AIDS outreach, her many bonds and relationships with other members of the trans community and the way her support has impacted their lives.

It also examines her work with the Transgender Gender Variant Intersex Justice Project (TGIJP), which is dedicated to providing assistance and support to transgender people in the prison system. As so many trans inmates are not put with a population in line with their gender identity, they face additional and unique challenges while serving their sentence. Increased harassment and assault from other prisoners, as well as guards, denial of hormone treatments and therapies, a general lack of understanding about their identity and an increased rate of solitary confinement (supposedly “for their own protection”) all contribute to amplifying an already bad situation. Miss Major and her staff work to communicate with those trans inmates who might not have anyone else in their corner, offering a point of contact while they are serving their sentences, as well as a pillar of support upon their release.

Present throughout the film is Miss Major’s unwavering commitment to helping others and her staunch willingness to be a friend and mentor to all in need. That so many of the interview subjects refer to her maternally (Mother, Mamma) is a testament to just how deeply she has touched the lives of many.

As trans rights are coming more and more into focus in our current political climate, it’s important to remember just how broad the issues are, and to recognize that this is a battle that has been fought by many and for decades. It has been fought underground, out of the light, and outside of the awareness of the mainstream. MAJOR! points a spotlight at the work that Miss Major has been doing for decades, and the struggle of the trans community as a whole to find their voice and make their presence known.

A 90-minute documentary cannot hope to capture the magnificent scope of Miss Major’s life and all that she has seen and accomplished, but what it can do (and does magnificently) is give us a chance to get to know Miss Major and to see the reach that she has had in her life and in her career. We are able to understand the number of lives that she has touched and the inarguable importance of her work. Through interviews with Miss Major, as well as with her friends, family and colleagues, director Annalise Ophelian gives us a glimpse into the life of a woman who plays by her own rules. A woman for whom love and support come first and foremost. A woman who has spent decades fighting against impossible barriers and has only grown more determined to make change happen. MAJOR! is a powerful, enlightening look at an important figure who has affected change on the political, as well as the personal level. 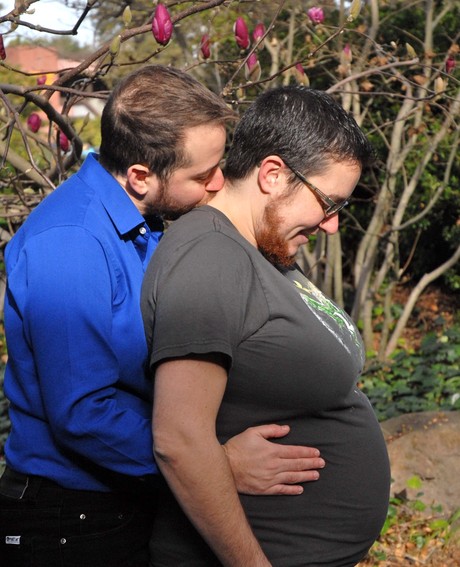 A WOMB OF THEIR OWN

A WOMB OF THEIR OWN shares the stories of masculine-of-center people as they navigate pregnancy in a world that strongly associates childbirth as something encompassed by the feminine. The subjects in this documentary come from all walks of life and display a variety of preferences in terms of how they identify, how they see themselves and how they choose to present themselves along the gender spectrum. But what they all have in common is their desire to give birth to a child and to raise it.

Directed by Cyn Lubow, who also appears as one of the subjects, the film explores the myriad of complexities that the subjects and their partners must navigate. Our culture carries an expectation that pregnant people will look a certain way. Assumptions are made that someone identifying as a man would have no interest in or ability to undergo a pregnancy. And even if they do, we might assume that pregnancy might bring forward more internal feminine traits that upend that person’s gender identity. There are specific medical concerns that might arise, as well as the need for gender-fluid reproductive services. In this film, these people share how they go through the process and how they experience pregnancy from their own unique perspectives.

The film is beautiful in the way it challenges and breaks down such ingrained assumptions. We learn as children that women are biologically designed to carry and give birth to offspring. But, as one interviewee notes, it’s not really that it’s “women” who give birth, but “people with a uterus”. The subjects presented in this film do not identify as women. They see themselves as men, genderqueer, trans men, gender fluid people, masculine of center people – all definitions that fly in the face of the traditional assumptions and roles related to pregnancy, and yet, here they are, all carrying babies or having given birth to children, while still maintaining their masculine identities. The film eloquently explores this social boundary and how it impacts these stories.

Lubow also takes the time to examine how and why each of them came to the decision to carry a child and just how that decision affects their identity and how they perceive themselves. Do they feel more feminine? Are they treated more like a woman within the confines of societal norms? How does pregnancy affect their identity and presentation? How does this identity affect their partners? How does gender identity affect them as parents and soon-to-be-parents? Lubow does a great job of just sitting back and letting the subjects tell their stories, answering these questions and addressing these issues in their own way.

At its core, the film embraces the challenging, yet simple premise that people are people and all of the gender rules, stereotypes, specifications and limits are just noise. Seeing the subjects of this film traversing one of life’s important moments as themselves and embracing it on their own terms drives home the notion that societal and social constraints matter little in the face of owning oneself and one’s identity. A WOMB OF THEIR OWN is a touching film that embraces the concept of identity just as surely as its subjects do.

If you’re in Seattle, you can catch both of these films at Translations: Seattle Transgender Film Festival, which runs May 12th – 15th.