Wait, so that eye-capped KINGSMAN is returning for the sequel after all?? 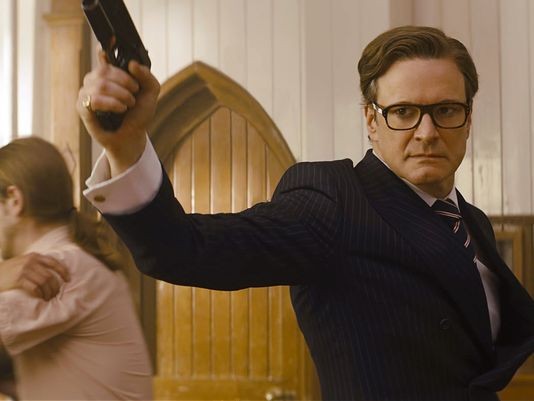 I find myself torn between, “Oh, bullshit!” and “Yes, yes, yes, and more yes, with a side of yes, and please don’t forget the yes.”

Just as we were getting used to the idea of Colin Firth not returning for KINGSMAN 2 (well, maybe you at least), and they basically tell us that his Harry Hart/Galahad survived the gunshot to the dome he explicitly received outside that church in the first film.

Subtle? You be the judge: 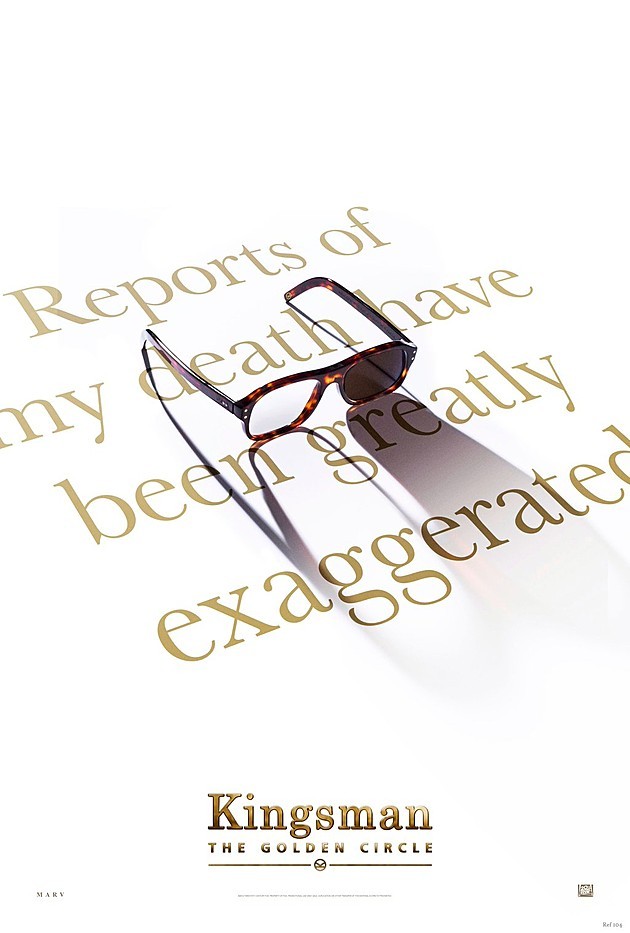 There’s that official poster/tagline, and then this tweet from THR’s Borys Kit.

My sources are telling me that yes, Colin Firth will be back for KINGSMAN 2.

Now, we all figured they had to sneak him in there somehow, but it was easy to assume he’d be in the form of an advice-spewing flashback, not an immortal superhuman capable of withstanding slugs to the brain. That poster heavily suggests that Hart survived his encounter with Raymond Valentine, and will take part at least somewhat in the Kingsmen’s U.S. shenanigans.

Of course, it’s great to hear that Firth will take part in the sequel, considering he was by far the best thing about the original film, but, as has been done so many times, bringing him back immediately dilutes the impact of his death scene, a monstrously crucial development in the plot. Sure, you can pull that bullshit of, “He faked his death to make Eggsy step up and prove himself,” but with nothing less than THE WORLD at stake, that would make Hart kind of a right prick, wudn’t it? Plus, it’s not like Valentine and his cronies would’ve left the scene if there was any evidence that the dude was still twitching, let alone breathing, right?

Then again, I was such a big fan of Firth’s work as the character, and the sense of subversive joy present when his James Bond clone would beat up teenagers and shove lit flares in racist/homophobic faces, that I can’t pretend that I’m not excited he’s (probably) coming back. We’ll just have to wait and see how hard our “BULLSHIT” alarms go off when they explain how he’s alive and where he’s been hiding.