Abbey Lee is NOT the female lead of The Dark Tower and other Mid-World updates!

Ahoy, squirts! Quint here. The timing of this scoop is fucking awful. I know it's not exactly the kind of article that automatically fails the bullshit test on April Fools Day, but still... today's the day when every single thing you read on the internet is suspect. I promise all of my info here is sourced and not in any way associated with this prank holiday that has been run into the ground.

I want to talk about Dark Tower. You may remember I wrote a breakdown of the Akiva Goldsman/Jeff Pinkner draft about a month ago (read it here). When compiling that article I wondered how much of that script was making its way into new director Nikolaj Arcel's movie. Now I have a better understanding of that. 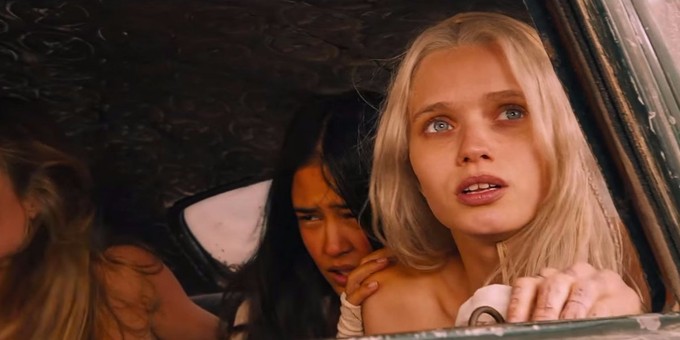 When Deadline broke her casting they said she was the female lead of The Dark Tower, which confused a lot of fans. She was playing a character called Tirana, one of the servants of the Crimson King who pops up in a minor way in the last book. So how could she be the lead of this film?

The short answer is: she's not. She's a glorified cameo, popping up in Devar-Toi and working with Pimli Prentiss, the guy in charge of the quaint little suburb that hides an evil secret. I'm told she has a few scenes and that's it. Maybe Deadline thought because there aren't many female roles in this one that she's automatically the lead? Probably not. The Manni Village Elder is still in play and she has way more scenes than Tirana.

I've been asking several sources how much of Goldsman's draft made it into Anders Thomas Jensen's rewrite and have heard everything from “a lot of it” to “there was a page one rewrite.” From what I've been able to piece together, the former is more accurate.

Young Jake is still the main character (I've been told he's being considered the co-lead of the movie) and my understanding is that the structure is more or less the same as the Goldsman/Pinkner draft, meaning the focus is Jake trying to find a way from our world to Mid-World and being pursued by the Man in the Black for his power, which could be used to destroy the Dark Tower and free the big bad of the story.

I'm hoping what Jensen has been able to add to the Goldsman/Pinkner draft is a little bit of the awe and mystery of what exactly the Tower is instead of explaining the entire goddamn thing to the audience in the first 5 minutes via a therapy session.

It sounds like the structure of that reviewed draft is for sure still the movie they're making, folding in the Jake/Guardian confrontation from The Wastelands and Roland's quest for medicine in our world from The Drawing of the Three. I'm not 100% against that, I just hope that they really think about the characters (especially Roland) and make sure he's where they want him to be. A lot of fans were upset at the mention in my breakdown that he had given up his quest for the Tower. That adds emotional weight to his relationship with Jake (since it's the kid who puts him back on the path), but is such a dramatic retooling of a core concept of the character that they could be trading down instead of up with that change.

Unless my sources were mistaken, the plan is still to save Eddie and Detta/Odetta for the next film (which means all the Aaron Paul rumors resurfacing were not true).

But will there be a next film? Sony's being very cautious with this one. The budget is on the low end for a studio film (paltry when you consider this is supposed to be a franchise kick-off) and they're not committing to the full on simultaneous film/TV plan just yet. They're dipping their toes into the murky waters of this crazy story. Can't say I'm surprised, but I hope they don't fuck it up by being so unsure.

I supposed you could say I'm nervously excited. I'm nervous they're taking so many liberties, but excited by the casting. McConaughey as Walter, The Man In Black, and Idris Elba as Roland is ridiculously great casting in my mind. If the kid, Tom Taylor, nails Jake I can roll with some creative changes. I just want the core group of characters, my beloved ka-tet, to work on screen.

So, that's the update. Abbey Lee is in no way the main character and the structure of the Goldsman/Pinkner draft I outlined a month ago has not changed. What do you folks think? 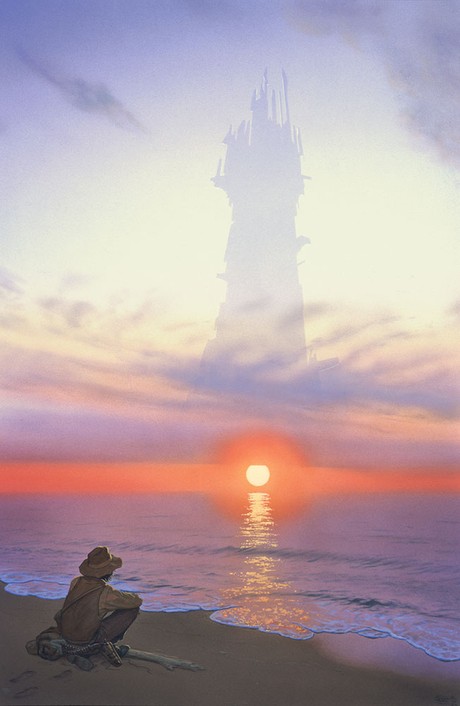