Ahoy, squirts! Quint here. By now you've probably heard a little word of mouth on Batman v Superman: Dawn of Justice and you'll know that word isn't very stellar. I'm here to tell you that the mixed-negative reviews from the critics (both fanboy and legit) are pretty on the money, sadly. I wanted it to be wrong, mostly for selfish reasons. I wanted this movie to kick my ass the way it so desperately wants to, but I also don't like the dog pile mentality that I've seen overtake a lot of the internet when it comes to film in recent years. “This movie sucks? Hey, let's all say this movie sucks!”

There's lots to like in Zack Snyder's movie, mostly in how he deals with Ben Affleck's Batman/Bruce Wayne. DP Larry Fong shot the hell out of the movie, there's some great costume work and you can tell this was a big, expensive movie because damn is there whole lotta that money on the screen.

On top of that, the actual core concept behind why the Justice League needs to form after the events of this film is quite inspired, however the movie that leads to that conclusion is filled with lazy convenience, iffy character motivation, out of left field nightmare visions and a horribly miscalculated central villain performance. 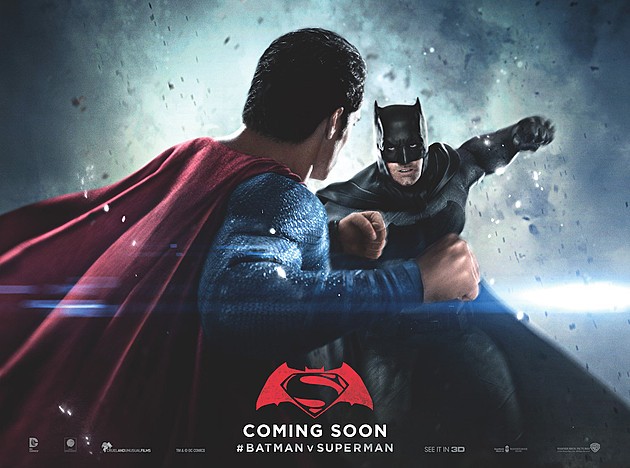 For a movie called Batman v Superman there's very little Batman fighting Superman. What little we get is mostly weighted in the Bat's favor because Superman has little to do but throw punches or show restraint whereas Batman has to use his smarts to even stand a chance.

But that's not my main problem with the central confrontation angle. The movie spends so much time giving Batman justification for going after Superman and Supes is forced into the confrontation in a believable way, but the resolution of the fight is, pardon my french, fucking stupid. It's a scene out of Step-Brothers. “Wait, you like ___? I like ____! We're best friends now!”

The movie asks you to make many leaps of logic out of sheer convenience. Without getting into spoilers, Lois has the worst of these. She does things because the script needs her to do them so many times here, the worst of which is the retrieval of a weapon in a sequence where she could have no earthly idea that this particular item would do any good in the fight being waged.

I'm torn on criticizing these leaps of logic too much because I don't know who to place the blame on. The movie feels choppy, so perhaps many of these head-scratching moments were cut out, either by studio mandate or because Snyder overshot. Or perhaps the screenwriters just didn't give a shit and only wanted to make sure Batman and Superman and Wonder Woman got to be badass and cool a few times.

If you're excitedly waiting to see Flash, Cyborg or Aquaman in action, temper those expectations. The film does stop dead, right before the big fight by the way, to gratuitously tease Justice League in the dullest, more boring way possible: via email. No shit. Email and computer files. There's nothing woven into the narrative that would fold these folks in. Hell, they barely shoe-horn Wonder Woman into the story. Because of that I can't understand seeing this movie as anything but a typical franchise setter-upper. I mean, all of these kinds of movies are these days and I don't fault Warners and DC for going for gold like Marvel has, but c'mon guys. Put a little more creativity into it. At least in the very problematic Age of Ultron Vision has a story-based reason for being introduced into the universe.

Dawn of Justice is frustrating because Batfleck is pretty damn good. In design, in execution, in action. They nail the character and Affleck playing an older Batman who has seen shit go down, has obviously lost his Robin already and entering an almost “fuck it” stage of his crimefighting life instantly makes one of the better on-screen versions of this character. 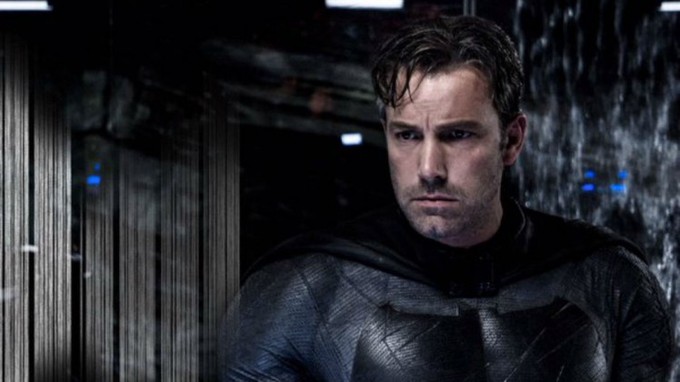 In particular they give him one spectacular sequence, which you've glimpsed in the trailer, where he takes out a couple dozen bad guys in a warehouse. If they try to say this fight scene wasn't directly inspired by the Arkham games someone somewhere is lying their ass off. It's the only time we see Batman go all out, using every tool at his disposal, and get a chance to see how his suit really protects him. By the end of the scene filled with punches, kicks, blocks, batarang throws, grapple hook usage, gun-destroying magnet projectiles and hanging crooks upside down I expected to see a combo counter rack up some XP. And I'm not saying that as a negative! It's probably my favorite top to bottom sequence in the movie.

If this had been a standalone Batman film it might have had a purpose beyond setting up Justice League. If nothing else Dawn of Justice has me aching for whatever the Batman spin-off movie is going to be.

Superman... Well, shit. I'm the weirdo that actually liked Man of Steel. I dig how crazy the Kryptonian stuff was, I loved setting up the man behind the cape as a conflicted do-gooder who was constantly fighting his instincts to help in order to obey the wishes of his adopted father. And I love the ending of the movie. In my mind you can't be the guy that says “Superman is a boring character” and then flip your shit when a storyteller decides to push his moral boundaries and that's exactly what they did in Man of Steel. How do you defeat a God? Force him to make an impossible choice and have to live with the consequences of that choice.

Man of Steel was big, a bit silly, but I liked what Snyder was toying around with thematically. There was something interesting about that version of Superman trying to find his place in the world.

Problem is with Dawn of Justice Superman is still the broody, self-doubting guy but without a character reason for it. By not having him fully embrace his role in the world there is little to no contrast between Batman and Superman. The title card fight is between two grumpy ass superheroes with similar motivations.

Every time we see Superman save someone he does it with a grimace. There's a scene where Clark Kent sees a building fire on TV. He first looks concerned, then just kinda loosens his tie, a reserved look on his face that resembles the look someone gives when they're told they have to work a double shift.

Henry Cavill is still really good in the role, he's just forced to the play the character with as little charisma as possible. I don't need him to be the Big Blue Boy Scout that Christopher Reeve captured so well, I just need him not to be a dick all the time. We do get to see Clark be friendly and light-hearted, but never Superman. That's a mistake.

Speaking of mistake, let's talk a little about Jesse Eisenberg. I gotta admit, Eisenberg swung for the fences in this one. He certainly made a choice with the character and went full bore with it. As much as I like subverting expectation I think portraying Lex Luthor as Mark Zuckerberg by way of Max Landis was a step too far. Lex can be relatable. He doesn't have to be the buffoon that Gene Hackman did so well, but even Hackman's Lex had a ruthlessness to him that felt cold and calculated versus smarmy and prickish.

Eisneberg is great at committing to the character and does so fearlessly, but that doesn't mean it works. The best stuff Lex gets to do is all in the planning of the big confrontation, which we never actually get to see him do. Events unfold and, I think this will spoil nobody, Lex is puppeteering from the shadows. That's pretty great Lex Luthor conniving right there, but all his in-person stuff is silly, stammering monologues about Greek Gods and I never once felt he was a threat.

There's not much to critique in the way Wonder Woman is portrayed here because you've seen 80% of her screentime already in the trailers. Gal Gadot looks great in the costume and looks suitably cool when standing in front of a greenscreen looking like she's about to whup ass on someone, but her line delivery isn't the best. I'm not terribly concerned about the Wonder Woman movie, but unlike Affleck's Batman I'm not super psyched for it after watching this movie.

Snyder still has an eye for visuals, but to me this is his least complete movie. For as bonkers as Sucker Punch is, I feel like it's wholly his vision. His weird, fetishistic, operatic, “I can't believe what I'm watching” vision. On this film I felt the pull of a million obligations on him.

Batman v Superman is Warners' shortcut to their own Avengers. We knew that going in and still I hoped the movie wouldn't feel that way, but it does. For as long and involved and convoluted as it is, the film is simply a stepping stone and it never feels like anything but.

They get enough right with Batman that I can if all you want out of this movie is a bunch of expensive CGI and some cool superhero moments you'll walk out happy. But then you're going to start thinking about it and start scratching your head at some of the decisions made. Did Lex Luthor really try to frame Superman for shooting a bunch of people? That's how they're going to introduce Doomsday? And why'd they make him look like a Cave Troll from Lord of the Rings? 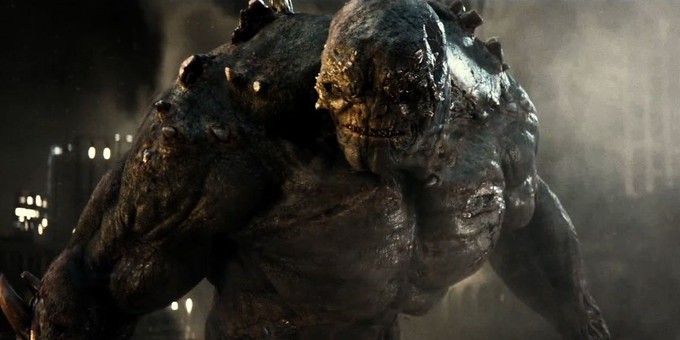 The film is a stumble. I wouldn't say that it's an unrecoverable stumble, but it could have been so much better if they either took their time building to their shared universe or were a little smarter about their choice of shortcut.

It's unsatisfying to any fan who demands a bit of story or character quality mixed in with their escapism. A lot of people worked hard on the movie and it's very polished, but in the end I don't think it came together.

Those are my thoughts, anyway. Let me know what you guys think when you catch it.