Let's get my bonafides out of the way. I read Garth Ennis' books shortly after the run completed. An obsessed friend leant me the books and I'm talking about the individual issues. It wasn't a tidy, respectable pile of books, but a stack of all 66 dog-eared, well-read issues.

That's where I was going into the screening of AMC's pilot for the Preacher show. And as someone who would consider himself a real deal fan I have to tell you I think they knocked it out of the park. 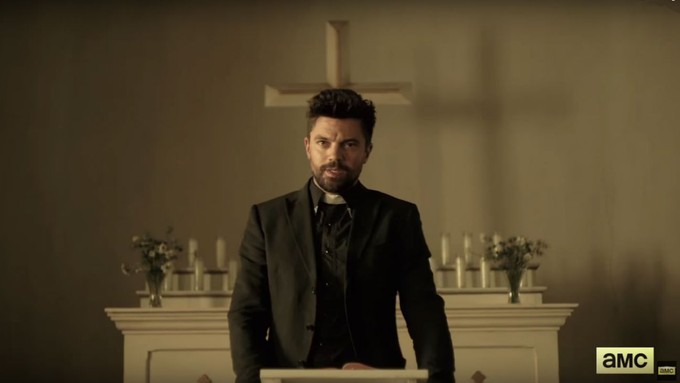 That doesn't mean it's panel for panel the comic. It most assuredly is not, but they nailed the darkly funny tone of the books and the three leads are note perfect. I can't tell you how happy I am that Joseph Gilgun is playing Cassidy. He's got the kinetic energy, fuck it attitude and, yes, the right accent and his introduction is amazing. No spoilers, but it's full dose of Cassidy's personality right out of the gate. Humor? Check. Blood? Check. Horribly messed up situation? Double check.

And I know there was some question about whether or not they were going to shy away from the vampire angle, but I'm here to tell you that is absolutely not the case. That first scene establishes Cassidy as you know and love him from the comics.

Ruth Negga's Tulip gets a similar badass, crazy violent introduction. What's amazing to me is that Negga gets to show every aspect of Tulip's personality within 30 seconds of being introduced. She's deadly, brutal and having the time of her life. There's a sweet side to her that balances her out and immediately forever cemented Ruth Negga as this character for me.

That leaves Dominic Cooper as Jesse, the conflicted preacher at the heart of this story. Jesse doesn't get the wham bam introductions that Tulip and Cassidy do, but as the episode progresses you get all the aspects of the Jesse Custer from the books that you'd want. He's a bad man trying to be good... or rather a man good at being bad. Yeah, that's better. The conflict is all there even though Genesis doesn't get to him until the end of the episode, which I like. It's nice to see him at work around that small West Texas town before everything is turned upside down. 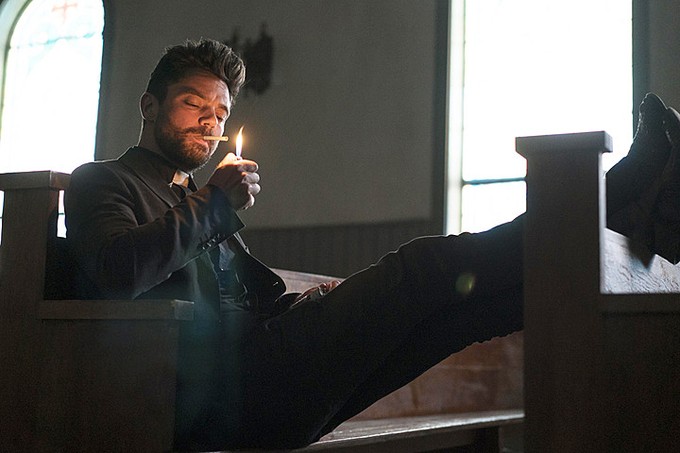 While Negga and Gilgun are instantly and iconically established, Cooper has a little more work to do and it's pretty clear that's all by design. Cooper's charm is on full display and he has the chops to play the darker elements of Jesse, but what really sold me on him in the role is a tiny moment of gleeful pleasure that crosses his face during a bar brawl. In that moment I saw the Jesse Custer that needs to carry this series.

Cooper gets it and writer/showrunner Sam Catlin is clearly taking his time in fleshing out Jesse in a deeper way than the other, more colorful, characters he's surrounded by.

For fans of the book, I won't spoil the pilot, but I will say rest easy. They make some changes, but once you see how good the pilot is you won't mind. All they've really done is re-arrange some stuff on the timeline (so far). Arseface, for instance, is already Arseface when we meet him and he's wonderfully played by Ian Colletti in a fantastically comic-accurate KNB prosthetic. They also mentioned on the panel that Season One will take place primarily in this small Texas town, but Goldberg and Rogen assured us that they dive into the comic's story soon enough.

I loved the pilot, loved the chemistry and am absolutely gutted that I have to wait until the end of May to see the next episode. And mark my words: Joseph Gilgun will be a massive star once thing airs. It's almost like he was born to play Cassidy and his larger than life, hugely fun personality all but explodes off of the screen. 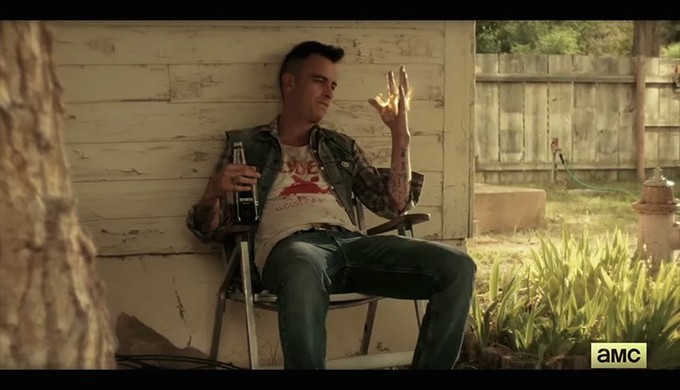 They delivered the goods, folks!