Ahoy, squirts! Quint here. You know when movie geeks bitch and moan about no original movies being made anymore? We mean movies like Midnight Special. It doesn't have to be something mind-blowing and unique, it just has to be a distinct vision done with enough money to make it feel like a real deal movie.

Midnight Special wears its influences on its sleeve. If its nods to early Spielberg were any less in your face you'd have to accuse Jeff Nichols of ripping off Close Encounters and ET and Poltergeist. Instead it comes off as if he's paying respect to those films and that Amblin era of filmmaking instead of outright lifting stuff from it. But it's not like the Super 8 school of lovingly recreated Spielberg homages. Midnight Special is very much a Jeff Nichols film stylistically, but you'll see effects nods, story beats and character ticks straight out of early Spielberg.

If all you know about the movie is that it's about a father who is on the run with his boy who has special powers of some sort then that's all you really need to know. If that sounds appealing to you, stop reading this review, don't watch any trailers and just sit your ass down the weekend it comes out. You won't be disappointed.

If you're still not convinced or throw caution to the wind when it comes to knowing a little something about a movie before seeing it, then go ahead and keep reading! 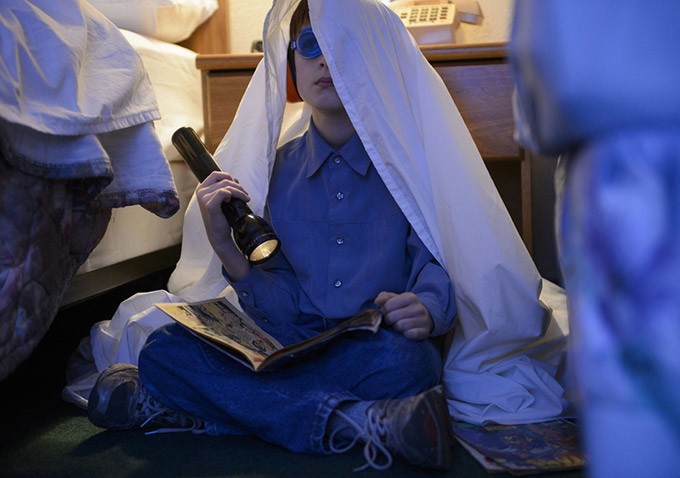 I'm a big fan of movies that throw us into a story in motion. I love it when you know you missed some backstory and I don't mean just character stuff that is alluded to as the film plays, but like you start in Act 2 and Act 1 is only hinted at. Midnight Special does this.

Michael Shannon, Joel Edgerton and Jaeden Lieberher start the movie on the run. They hole up during the day, drive like a bat out of hell at night. You know something's off with this kid. He wears goggles when he's awake, earmuffs at night and he seems very withdrawn, maybe even sick.

If you're fluent in movies you'll probably recognize a Starman/Firestarter element here, but I'll say that the movie knows that's what you're thinking and plays that against your expectations.

Midnight Special is not a twist movie, but it is a film that doesn't want to show its hand too early. The awe and mystery of what's going on is part and parcel with the super strong character work going on in every scene.

Nichols knows what he's doing. Yes, this is a chase film, but that's secondary to the father/son story at the heart of things. Shannon's perfect as the strong father desperate to protect his kid. Edgerton is perfect as the loyal friend that's willing to put his life and freedom on the line to help. Lieberher is perfect at playing the mystery while still being a real, recognizable child. Kirsten Dunst has a much less flashy, but just as meaty part to play as the child's mother. She's a woman in hiding. From what and for why I'll leave to the movie to explain.

Shannon and Lieberher have the heavy lifting to do in the movie and because they're both great actors working with great material they make it look effortless. You buy the love between them without having to endure overly dramatic weepy hugs. Don't get me wrong, I love that sentimental shit like nobody's business, but being able to hit those same emotional buttons without the fanfare takes exceptional skill, both on camera, behind it and on the page. 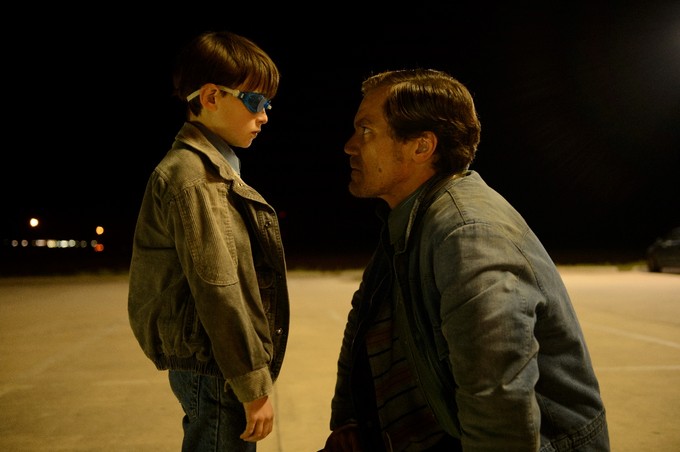 Visually the movie looks like a million bucks. It's how movies should look to me, something that is always underlined when I attend a film festival and see production value sacrificed out of necessity by indie filmmakers just trying to get their movies put together. The score is also pumping, but not really in a thematic John Williams way. I'd say it's a little more like a Carpenter score without sounding like it's trying to BE a Carpenter score.

Take Shelter is still my favorite Jeff Nichols movie because it almost literally walloped me upside the head when I saw it, but what's incredible to me picture to picture is just how distinct Nichols' voice is. Mud is different from Take Shelter which is different from Midnight Special (by the way, I saw Shotgun Stories once when it was first on the fest circuit, but haven't revisited so I don't feel comfortable critiquing it in any way. I'm not leaving it out to be an asshole or anything).

You'd think Michael Shannon starring in a Jeff Nichols movie that features a central parent/child relationship would put Midnight Special squarely in Take Shelter territory, but the two movies couldn't be any more different in tone, message, genre or performance.

I'm a big fan of this one. It could very well be that my ever-growing relationship with my nephews has made me a giant softie for this kind of storytelling, but there's no question that Nichols is the real deal and every single movie he makes will jump to the top of my most anticipated movies in the pipeline list. 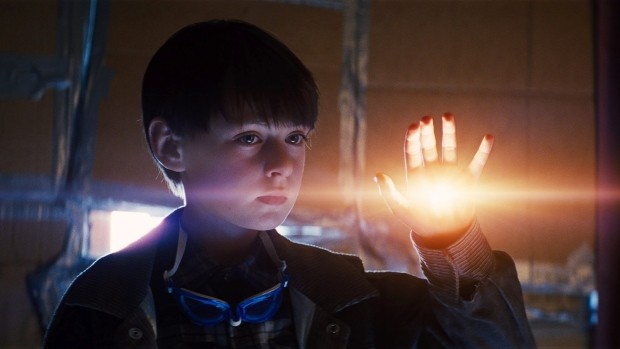 The flick is out limited on the 18th and wide April 1st. Go support it! We need more original movies of this quality, at this budget level, that go wide.