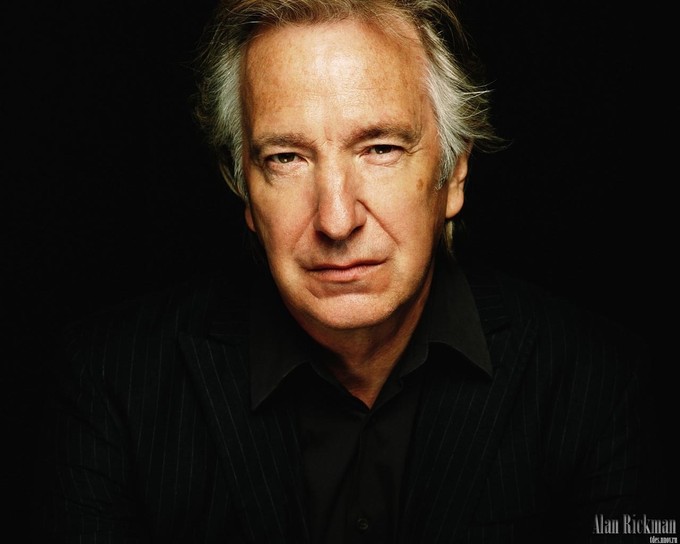 Hey, guys. Quint here. I've been doing this weird internet movie writing thing for almost 20 years now. In that time I've been lucky enough to interview dozens of personal idols and hundreds upon hundreds of filmmakers, actors, authors, screenwriters and producers. While I'd never say that it's become commonplace for me, it's rare that an interview phases me. The butterflies before a chat don't come out to play very often anymore, but every once in a while some chat comes out of the blue that makes me feel like I'm 14 again and waiting for my very first interview subject to call in.

Alan Rickman was one of those. I don't often interview people without having seen the movie they're promoting, but a last minute phoner was arranged before the release of Sweeney Todd (and I do mean last minute, as in the morning of the interview I was told it was happening). That interview shook me. I sat by the phone convinced I was going to fuck it up. I hadn't seen the movie, I'm a ridiculous fanboy of Rickman's work... how could I not Chris Farley myself?

I mean, this was Hans Gruber! This was Alexander Dane! This was Severus Frickin' Snape!

Turns out I psyched myself up for no reason. The interview wasn't much to write home about, but we had a couple laughs, he was very kind and I managed not to say the words “shoot the glass” at any point.

This vivid memory hit me when I heard the news that Alan Rickman passed away this morning, another victim of that ever-robbing asshole we call Cancer. 2016 has not been kind to us so far and much like the recent passing of David Bowie, Rickman's death really took me by surprise.

The man wasn't supposed to be able to just slip away. He was one of the strongest screen personas ever. When Alan Rickman was going to die it was either going to be in a massive way that would rock the earth or when he's, like, 105 and decided it wasn't fair for the rest of the world that he was taking up the lion's share of our badass quotient.

Rickman saw a lot of success in TV and on stage, but his very first movie role was Die Hard. Think about that for a second. You book a movie and the first role you get is what would go down in history as one of cinema's greatest villains. 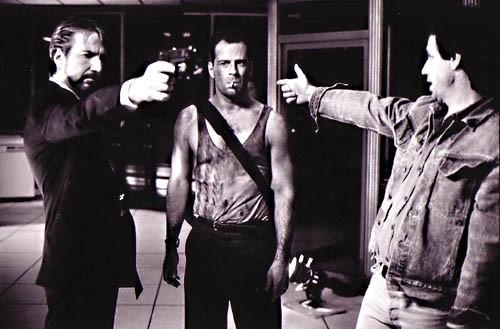 Hans Gruber is the gold standard. He's charming, he's brutal, he's cold, he's smarter than everybody in the room, he's ruthless and absolutely will not stop until he achieves his goal. Rickman somehow nailed a note-perfect balance you dream of in an antagonist. You hate Hans Gruber and you love Hans Gruber. The zero fucks he gives about human life is the only thing keeping you from going “Well, maybe he deserves to steal all those bonds...”

While he was always sought after for the villain role, the beauty of his versatility was he always made you sympathize with him, no matter how vile a person he played. Even if it was just a teeny-tiny little bit.

Which made his casting as Severus Snape in the Harry Potter films one of the most perfect matches of actor and role in my lifetime. When he was cast, Chris Columbus probably didn't know his character's arc and I'll always wonder if JK Rowling wasn't somewhat inspired to really land the great reveal that Snape is the tragic hero of that series because of that casting. 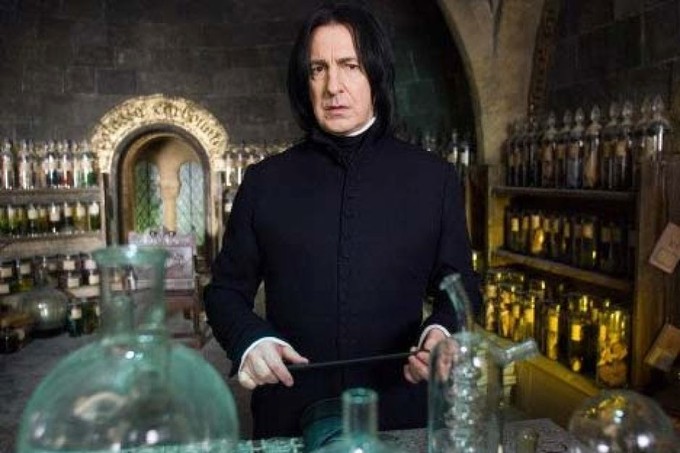 That duality was Rickman's speciality. He relished the gray area in characters and when he was allowed to explore that he blew us away. Every time. Whether it was Hans Gruber or Snape or the somehow still sympathetic cheating bastard husband in Love, Actually, we always left the theater impacted by his performance.

And that's not to say he couldn't play a scenery-chewing, mustache-twirling villain with relish either. His Sheriff of Nottingham in the Kevin Costner is the highlight of that film. His Judge Turpin in Sweeney Todd is perfectly vile and you spend every damn second of that film eager to see him meet the business end of Benjamin Barker's straight razor.

His ability to play dark typecast him a bit, but that didn't define his career. One of his hands down best performances is in something that absolutely shouldn't work. His Alexander Dane in Galaxy Quest is one of the pure joys of cinematic bliss. The cranky, typecast sci-fi actor that becomes the hero he played on TV by fully embracing that character... By Grabthar's Hammer, he stole another movie! 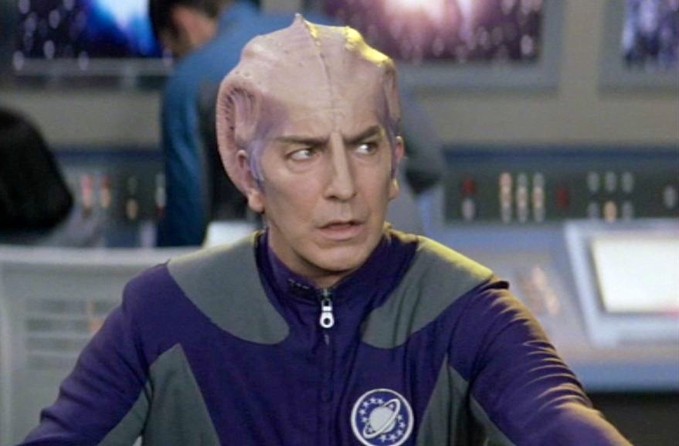 I could go on about much of his career, including great turns in Bob Roberts, Sense and Sensibility, Dogma, Michael Collins, Rasputin, Hitchhiker's Guide to the Galaxy (where he perfectly voiced the depressed robot Marvin) and Truly Madly Deeply, but I want to leave off with words of praise for a very underseen movie that he appeared in.

Perfume: Story of a Murderer is a criminally overlooked dark fairy tale that was released in 2006. It's a weird one that never seems to come up in conversation these days. Maybe I'm just a weirdo for adoring this story of a weird guy obsessed with scents (a great early performance by Ben Whishaw), but I genuinely think this is one of the great films of the aughts, helped in no small part by Alan Rickman's supporting role as the powerful father of one of Whishaw's red-headed obsessions.

It wasn't a flashy role, but it once again underlined just how versatile Rickman was. He was an intimidating character, but not a villain. In fact, he's one of the victims of this peculiar little story.

Alan Rickman was taken from us way too soon, but he left behind a legacy that would be the envy of any performer. While I'll miss him showing up in new films I have a ridiculously large and varied catalogue to pull from every time I want to visit with my old friend.