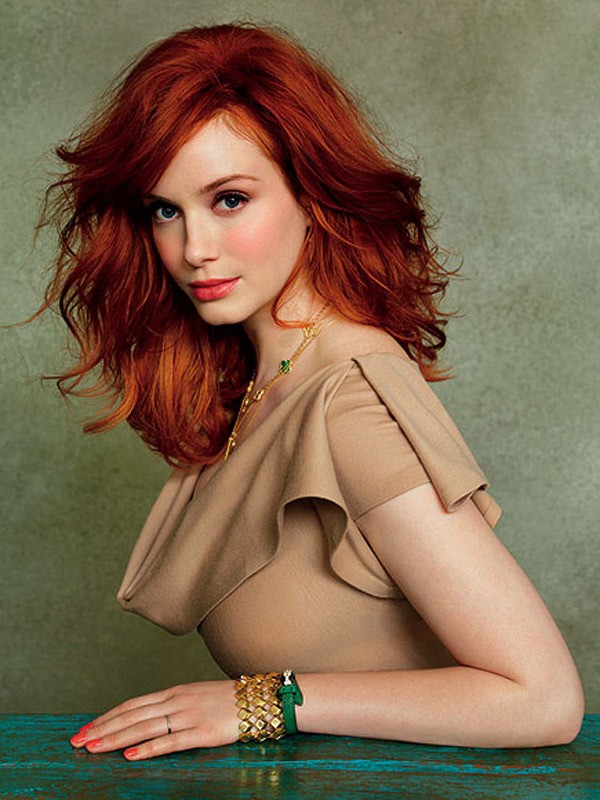 It looks like Lauren Graham won’t be coming back for BAD SANTA 2, but they’ve found someone equally, um, qualified to be the subject of Willie T. Soke’s incessant leering (and worse).

Aside from a guest spot on RICK AND MORTY, I’m not too familiar with Christina Hendricks’ comedy experience, and I didn’t watch MAD MEN or LOST RIVER so I don’t know the full spectrum of her talents. But it’s safe to say she’s never done anything like this before, and it’ll be curious to see her in this weirdo world alongside Billy Bob, Tony Cox, Kathy Bates, and Thurman Mer- I mean, Brett Kelly.

We don’t know who she’s playing or how she figures into the plot, but if it doesn’t involve Soke drunkenly obsessing over Ms. Hendrick’s not inconsiderable assets, it’d sure be a waste, wudn’t it?

They got their director and cast together, and they’re getting going later this month in Montreal, so now, all they gotta do is make sure that this is funny enough to warrant hitting the well after 13 years. Give ‘em your best post-Christmas wishes.