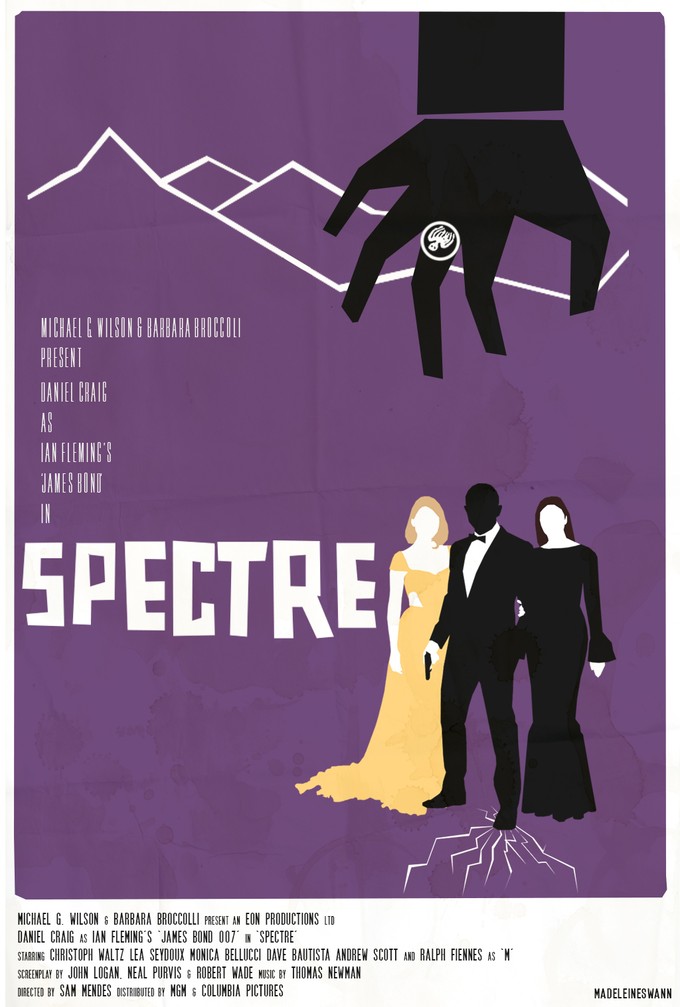 Today I saw SPECTRE, like I have done most every James Bond film I’ve ever seen, in the company of my Father.   The first long movie line that Father Geek ever stood in was for GOLDFINGER and he’s been attending these action adventure spy films from DR. NO forward.  He raised me to believe Sean Connery was the one true Bond, but I grew up loving Roger Moore, Timothy Dalton, George Lazenby…   and I really wanted to love Pierce Brosnan’s BOND, but never felt the writing was on par with his casting.