Why is CREEP #4? CREEP is about as unique a horror film as you’re bound to find. It’s got an amazing performance by its lead Mark Duplass and a gripping story about a naïve man being taken advantage of by a manipulative one. While the found footage motif has been used before, this one puts you, the viewer in the uncomfortable seat of someone who is being manipulated. We can see it coming because we know it’s a horror film, but this film causes genuine squirms as the obsession Duplass’ character Josef has with Aaron (director/co-writer Patrick Brice) grows and grows. Duplass is amazing straddling the line of being sympathetic at times and one of the scariest characters you’re bound to see in a movie this year at others. All of it culminating to a chilling end that I found to be utterly fascinating. Surprisingly produced by BlumHouse, the production company to blame for the INSIDINISTERJERING ACTIVITY films, this is the type of horror the company SHOULD be producing. Here’s my review from June 26th, 2015! 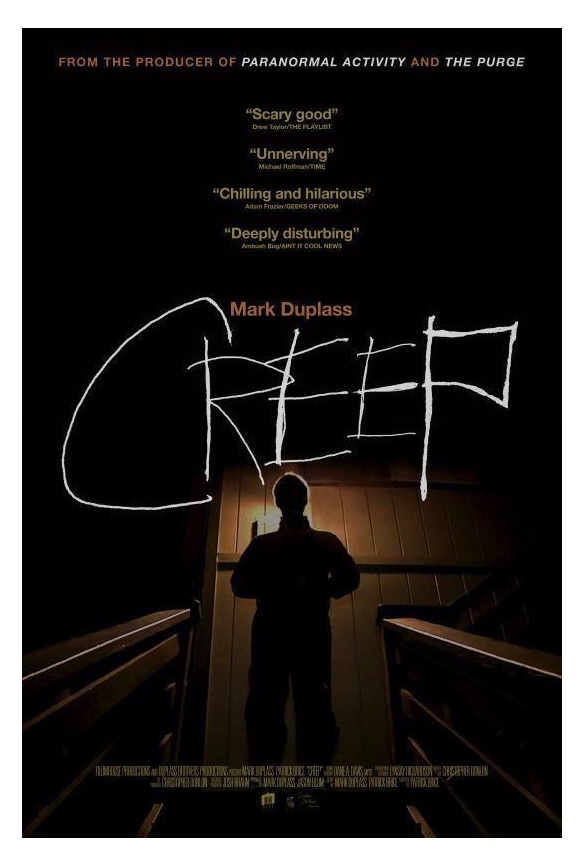 Available on iTunes and on Netflix here!
!

I can’t say enough good things about CREEP. It’s one of those films that is brilliant in its simplicity, but by saying that it isn’t giving the film the credit it deserves. This film is the polar opposite of all of the big budget, wham-bang horror films we are used to seeing in that it focuses mainly on strong performances and a rock solid story in order to convey a film that is unlike any you’re bound to see.

CREEP follows a struggling young filmmaker named Aaron (played by director/co-writer Patrick Brice) who answers a Craig’s List ad which leads him to a secluded house in the hills. There he meets Josef (THE LEAGUE’s Mark Duplass who also co-wrote this demented gem), an eccentric who tells Aaron that he is dying of a brain tumor and wants him to film a day in the life, “kind of like the beautiful film MY LIFE with Michael Keaton” as Josef explains. To tell you more would be a disservice to the film but trust me, as the title of the film indicates, Josef’s story is not on the up and up and things get a whole lot creepier. 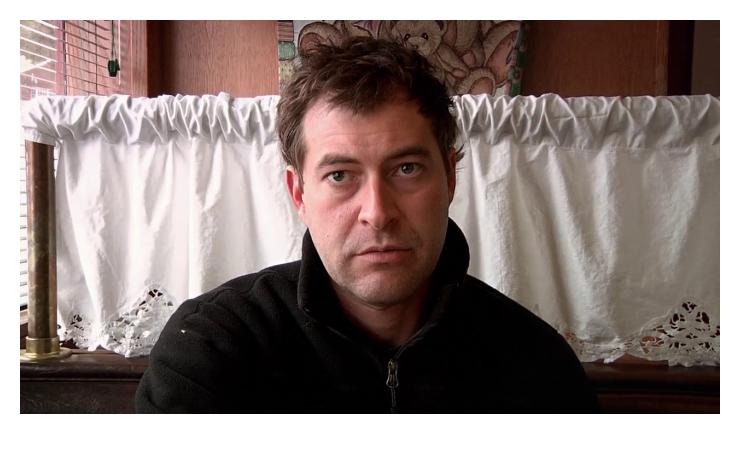 CREEP plays with our expectations from the beginning. Aaron has no idea what this job entails and hypothesizes to the camera as to what he will encounter once he arrives at the place. Once there, Josef changes his story over and over as a means to get Aaron to stay with him longer. Simply casting Duplass; who most know as one of the knuckleheads from THE LEAGUE and immediately will make those who know him from the show smile, is misleading as the more we get to know this friendly character, the more bizarre and frightening he becomes. Those expecting bromance antics here when they see Duplass’ name are going to have their world flipped at what he does in this film.

Still, the whole thing plays out perfectly as Aaron, who is good natured and sympathetic to Josef from the get go, is lead into Josef’s twisted web. Duplass plays Josef a little too uncomfortably real; a manipulative and dangerous character that many may recognize from real life who looks harmless on the outside, but is able to bend and twist situations to drain whomever he is focused on simply to fill a need inside of him that cannot be filled. This is a perfect example of a person who is too gullible and kind hearted getting pulled into the life of someone too selfish and manipulative. The dark places CREEP goes is enough to unsettle and disturb just about anyone and while you want to laugh at how weird Josef is, you can’t help but just stand back and wonder what new kind of craziness is going to happen.

Both Duplass and Brice are amazing in their roles, making this no budget film engrossing simply through their performances alone. For the most part, this film feels like it cost nothing to make as it seems only a camcorder, a mountain home, a pancake lunch, and a weird werewolf mask is the extent of costs necessary to make it all work. But though the budget is small, the talent of the two men behind this film is priceless. Told in the oft scoffed at found footage format of first person handheld POV, CREEP is a deeply disturbing film that is going to get under your skin, camp out, and won’t leave—no matter how hard you try to get it to do so. 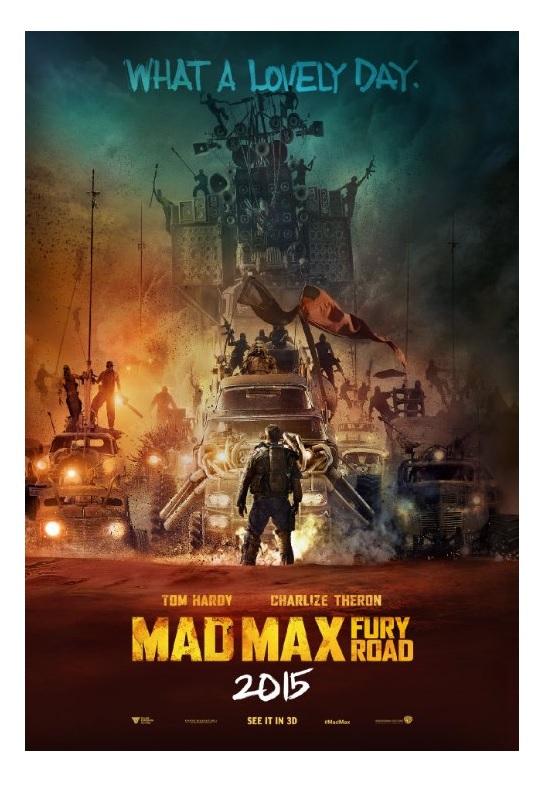 I couldn’t not put this film on my list because it’s just not horror, but it is my favorite film of the year. Though it’s not horror by a long shot, there are aspects of this film more horrific and thrilling than any other film this year. If you’re making a list of best of films this year, FURY ROAD is secured towards the top of all of them in my book. These last few “worth noting” spots are reserved for films slightly outside of the horror box and George Miller’s ballistic masterpiece is worth noting any old time. I’ll be watching this one over and over again through the years to come. Check out my full review of the film here and you can find it on iTunes here!