Why is CLOSER TO GOD #13? Looking for a fresh take on the Frankenstein story? Look no further than CLOSER TO GOD, which really hit all the right notes to me in terms of visceral impact as well as a high concept story that pulls no punches. Like Mary Shelley’s tale, it’s about creating life and misguided scientific morals, but this one takes a modern slant to things and really is a powerful little movie worth checking out. If you’re tired of the same old “bolts in the neck” Franken-horror, CLOSER TO GOD has all the same themes, but with a modern and compelling new coat of paint. Here’s my review from July 3rd, 2015! 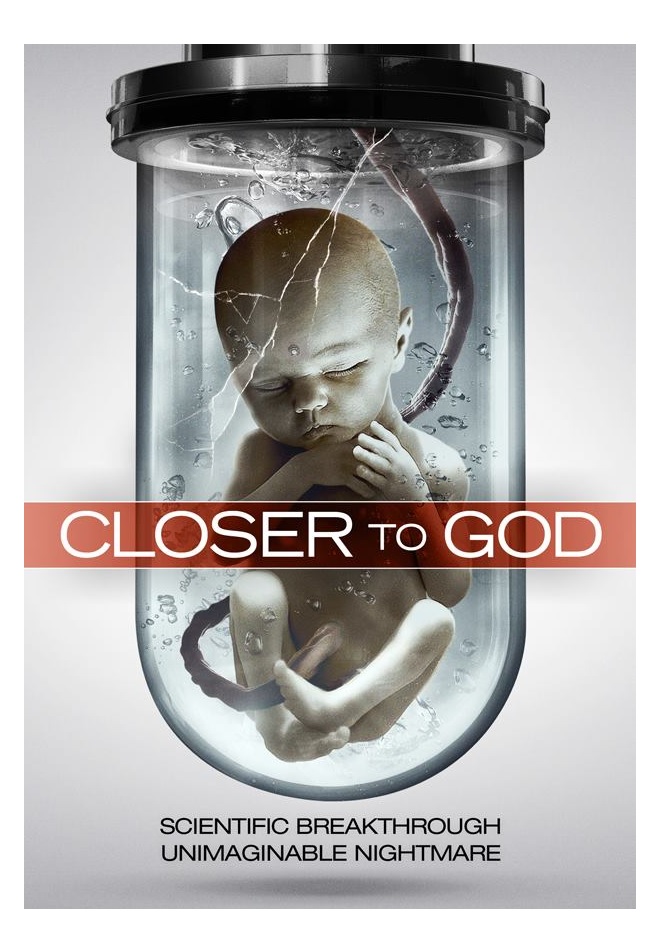 This modern-day take on the IT’S ALIVE concept is one of the most compelling and well-realized Frankenstein-themed films of the year. CLOSER TO GOD is poignant, resonant, and downright jaw-droppingly good at times, showing you don’t need a huge budget or giant names to make a horror film work—just some strong ideas and a solid cast. 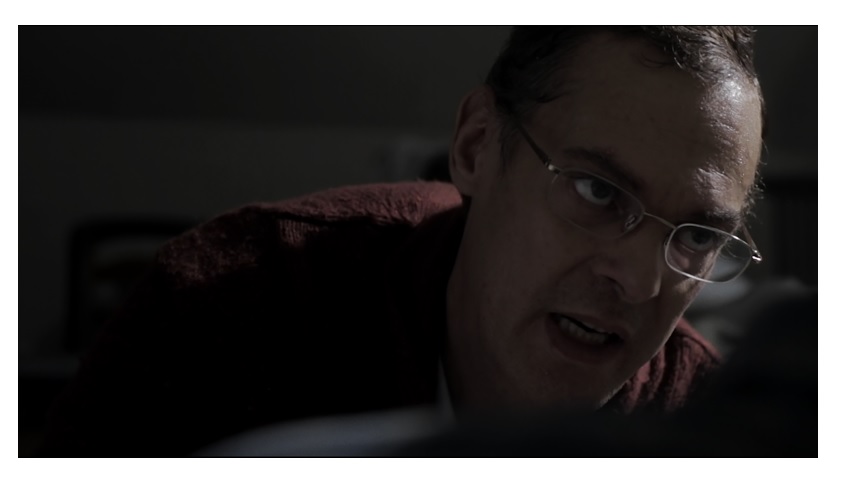 Jeremy Childs from TV’s NASHVILLE plays Victor (obviously a reference to Victor Von Frankenstein), who has secretly cloned a human child using some of his own DNA. While the entire operation has been done in secret in order to evade the law and the press, a mole in Victor’s team is leaking information to the media, and when little Elizabeth (another nod to the Mary Shelley classic) is born, the board rushes to get ahead of the press and issue a news conference making the announcement. As the child continues to grow stronger, so does the opposition protesting outside of the lab she is housed in as religious groups and pro-cloning groups battle it out on the sidewalks out front. But things get really tense when Victor moves Elizabeth to his own gated home. Though his wife Claire (Shannon Hoppe) is supportive, she is terrified of what this means to Victor’s actual two daughters and the sanctity of their home. When the protesters show up outside their home, tensions reach a boiling point. But the real twist is that Elizabeth is not the first baby Victor has cloned, and the reject clone, given to the groundskeepers and kept in a bolted room on the same grounds, is proving to be too much to handle.

From the description above, it’s evident that there’s a lot going on here. The moral debate as to whether we should create life is always smack dab in the center, but the film does a fantastic job of showing the big picture of how the revelation that a human has been created though scientific means ripples out into something truly horrific. The film gives some screen time to many of the opinions shared by those differing viewpoints screaming at one another holding picket signs, and really handles the whole thing with a mature and sophisticated hand that you normally don’t see in horror films these days. The film moves along as if some omniscient god (aka the screenwriter/director Billy Senese) is moving chess pieces in a tension-filled game where every move is well thought out and makes complete sense every step of the way. 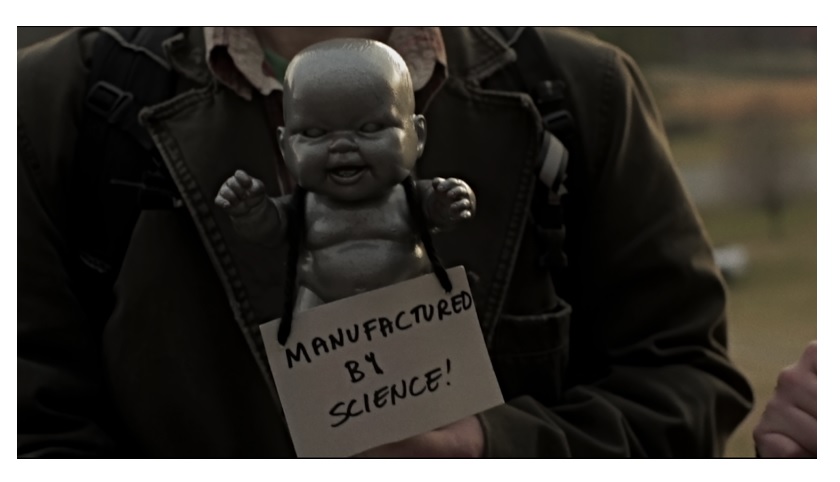 I’ve never seen NASHVILLE and am not familiar with actor Jeremy Childs, but he does an absolutely phenomenal job here as our mad doctor Victor. Childs is not your typical Hollywood leading man. Bespectacled, balding, and sweaty, instead of polished studio good looks, Childs more resembles what you think a scientist would look like; casting Childs in the lead role is a ballsy move for director Senese, and it works in the film’s benefit in making it all the more believable. Childs offers up a subtle performance that some might see as distanced, but in his nuanced glances at Elizabeth you can really tell he cares about this child he created—probably more so than his own children, which says a lot about his character as well. Not knowing Childs from previous roles made things all the more convincing for me as this doctor struggles with how the world accepts his creation.

The subplot of the rejected child given to the housekeepers is also handled especially well. Shelean Newman’s role as Mary the housekeeper is especially riveting as an overworked and conflicted keeper of Victor’s secret first child, Ethan. The toll it takes to care for an unpredictable special needs child is reflected in every grey hair on her head and every wrinkle in her face. Her plight as a caring person pushed to her limits, and being terrified of the monster the baby has become, is palpable in this story, and Newman conveys that amazingly. I absolutely loved the way the rejected child’s story comes to the forefront as the tension mounts and Victor is forced to confront Ethan, his dirty secret, at the most inopportune time, and the confrontation between maker and his first rejected creation is about as powerful and gut-wrenching as any Frankenstein and his Monster confrontation I’ve ever seen.

While there are significant effects in this film, this is not a film that is used to highlight these effects and put them on display. The effects are there simply to function as a means to show the science at play, and while Ethan’s visage is quite horrific, it is only glimpsed at here, as his actions are much more monstrous that his actual looks.

CLOSER TO GOD is one of the best films of the year. Anyone who never grows tired of reinterpretations of Mary Shelley’s classic novel will be impressed at the limits this film pushes and the real world ramifications entertained in the story. It’s a smart and modern take on an age-old tale that breathes new life into it in ways that are both heart-wrenching to witness and challenging to one’s very morals. I loved this film, and I think regular readers of this column should make sure to put CLOSER TO GOD on their “to see” lists. 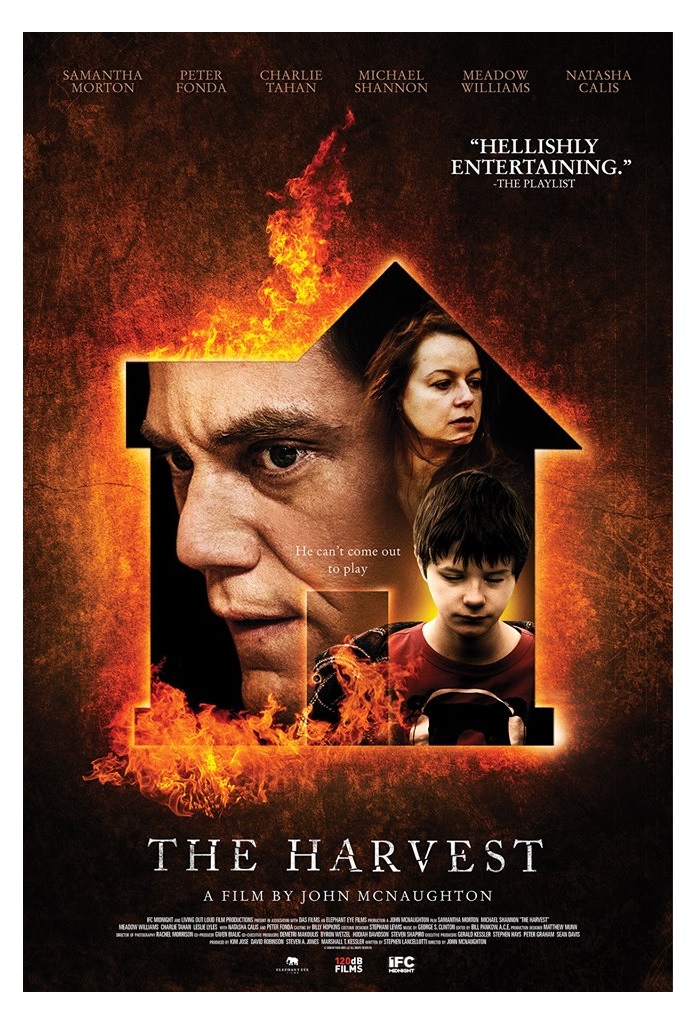 Worth noting: THE HARVEST!

Another tale of science gone wrong is John McNaughton’s THE HARVEST, which not only has a stellar cast, but also packs a powerful story about what happens when we play god with who lives and who dies. This is much more subtle and the real terror comes in the amazing performances from Michael Shannon and Samantha Morton. This one just missed the countdown, but still deserves to be seen by anyone looking for a little dramatic heft to their horror. Check out my full review of the film here and you can find it on iTunes here and Netflix here!