Why is THE NIGHTMARE #16? For some this might have not been the best documentary, but I guarantee if you’ve ever experienced night terrors, sleepwalking, or nightmares of any sort, this is a documentary that will chill a bone or two. Having been plagued with these horrors in the night, I was riveted to this one from start to finish. It gets somewhat repetitious and the limited budget iss evident, but this one mpoved me. I have to repeat it here; the folks who are making the new NIGHTMARE ON ELM STREET need to watch this movie before making the next one as it taps into stuff that would make for a great Freddy film. Here’s my review from June 5th, 2015! 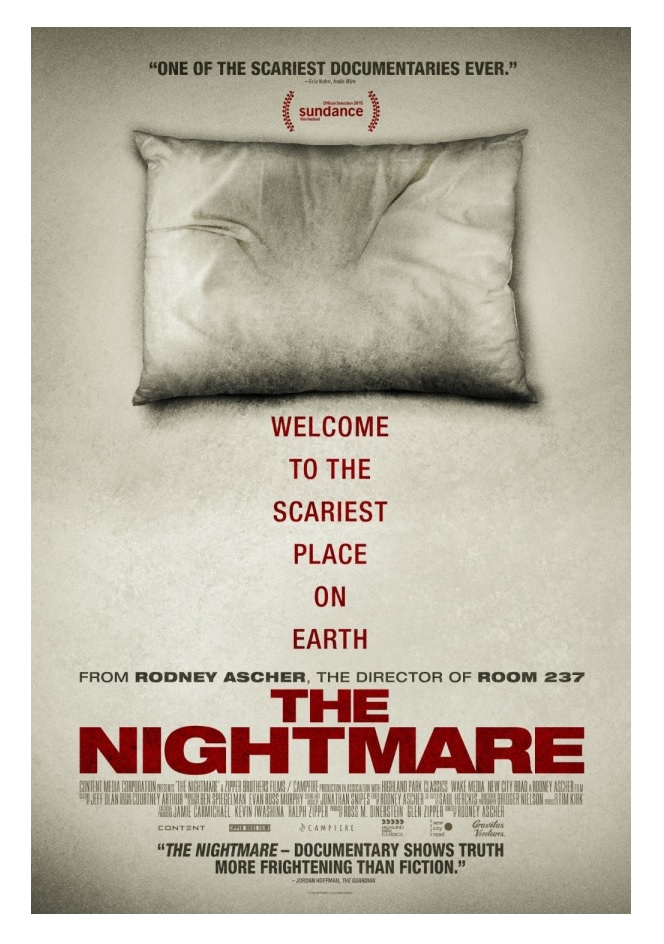 I have found that, depending on the subject matter, I can either be completely enthralled by a documentary or be bored to tears. Now, I don’t want to take away from the art and effort put into making a documentary, but I think for myself and (I don’t want to assume but what the hell) for some other viewers, if you’re just not into the subject matter being delved into, it’s going to affect the way you take in the film. I found that to be the case watching THE NIGHTMARE with a friend recently ,as we were decidedly split on the entertainment quotient of the film. 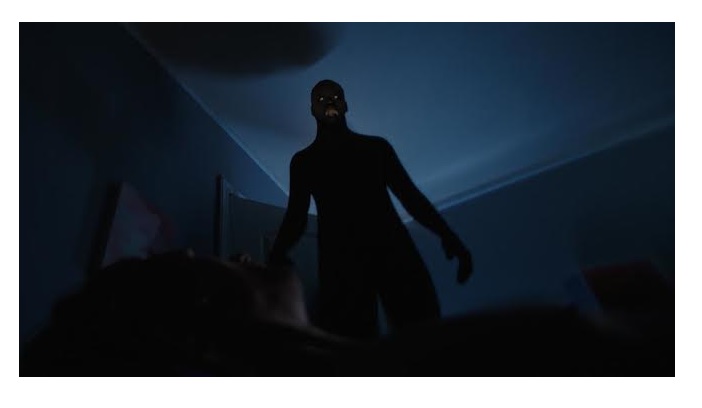 The director of ROOM 237 (a film I had high expectations for and was somewhat disappointed in; read my review here), Rodney Ascher, sits with 8 people and discusses their experiences with sleep paralysis. The film not only shows these people who actually suffer from the malady, but provides imaginative reenactments of some of the more frightening aspects of their harrowing tales.

As depicted in this documentary, sleep paralysis is a broad term associated with night terrors, nightmares, and odd phenomena while one feels like one is sleeping. Symptoms are described as not being able to move, having difficulty breathing, lucid or waking dreaming where you know you are dreaming, and out of body experiences. Other details include the presence of shadowy or bizarre looking forms walking into the room, standing next to the bed, and speaking with the sleeper all giving off a threatening vibe to the sleeper. Needless to say, whether this is all in the mind of the sleeper or an actual medical condition is not important. What is important is that this condition affects the sleeper dramatically and the fact that the testimonies of these 8 people, all from different regions of the world, are so similar. 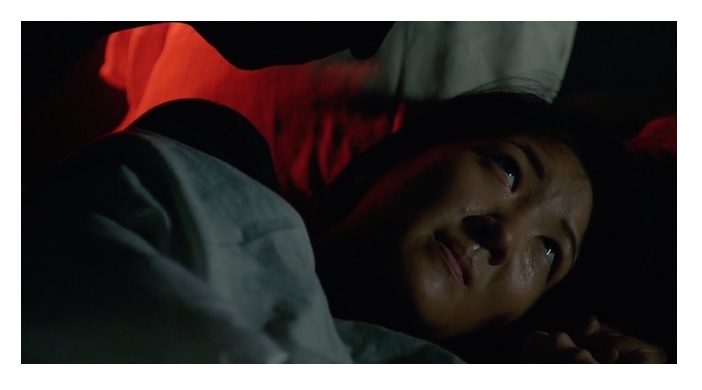 And this is where I think the divisive factors come in. Having experienced sleep difficulties in the past, with some of these testimonies hitting a little too close to home, I was engrossed with this film, soaking in one testimony after another. Seeing others who have experienced the same sensations and sleep difficulties I had through the years was both a frightening and cathartic experience for me as it made me feel less alone with my own sleep problems. That said, my friend, who sleeps like a baby, was bored with the film, citing it was redundant in darting between the 8 different people who were basically recounting the same type of details over and over. I can see where this would be repetitive, but still, I couldn’t get enough of it.

Ascher does his best to tie some type of similar throughway between the stories (much like he did with the different THE SHINING theories in ROOM 237), but here the connections are much more solid. Ascher’s reenactments are vividly made with horrifying imagery of shadow men standing and growling over beds, animations of synapses firing, and clips from films like A NIGHTMARE ON ELM STREET, JACOB’S LADDER, and INSIDIOUS showing how Hollywood has represented sleep paralysis through the years. All of these aspects made the experience all the more real for me.

All of that considered and playing devil’s advocate, there could be something said to the mental stability of those interviewed. These conditions could also be attributed to the power of suggestion and people making connections that really aren’t there. Part of the curse of sleep paralysis is that once it is told to someone else, those experiences occur in the next person as well almost as if someone were infected with a PONTYPOOL like virus. This adds to the ominous threat of the condition, but also attests to this being some kind of self-fulfilling prophecy for folks with minds that can be more influenced by others. Still, Ascher makes a compelling argument for this being some kind of phenomenon rather than word of mouth.

Films like the recent SHADOW PEOPLE (which I reviewed here) have been pretty successful in dealing with this topic and making it scary. Be it a chemical imbalance or something supernatural going on, this condition does affect the sleeper dramatically, and while THE NIGHTMARE doesn’t provide answers, it does give voice to these people in a manner that really made an impact on me. Watching this film in the dark was not a smart thing for me to do, as it made what little hair I have left stand on end and caused me to look behind me more than once in fear that a person would be standing there in the shadows. I can’t speak for those of you who get a peaceful night’s sleep on a regular basis, but for those of you who have ever feared for your safety while laying on your back in the dark, THE NIGHTMARE is going to impact you in ways you might not be comfortable with. 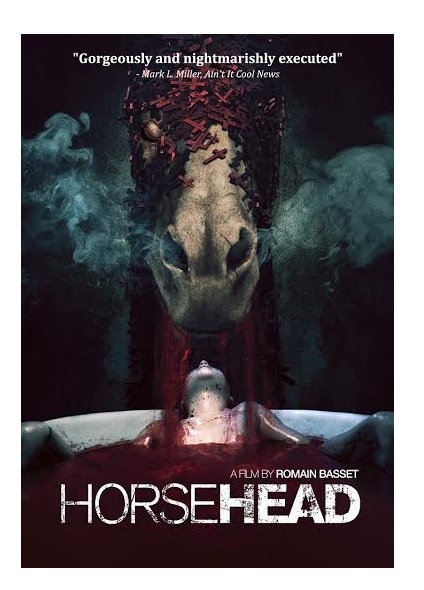 If you’re looking for a more conventional film about nightmares, look no further than HORSEHEAD; a pretty depthy and effective descent into horrific dream imagery and deep psychological issues. This one looks fantastic and reminded me a lot of the dream thriller PAPERHOUSE from the eighties. Check out my full review of the film here and you can check out the film here on Netflix!