Why is MAGGIE #18? Zombie movie #4 out of the five zombie films in this year’s countdown is probably the best performance by Schwartzeneggar in years. Resonating on a powerfully emotional level, director Henry Hobson really does take the viewer on a harrowing journey about loss and the human condition to cling to the living for sometimes too long. Not the most feel good zombie film of the year, MAGGIE is definitely one of the best takes on zombie’s you’re likely to see. And Arbold really sells it as a father who just won’t give up on his little girl. Here’s my review from July 16th, 2015! 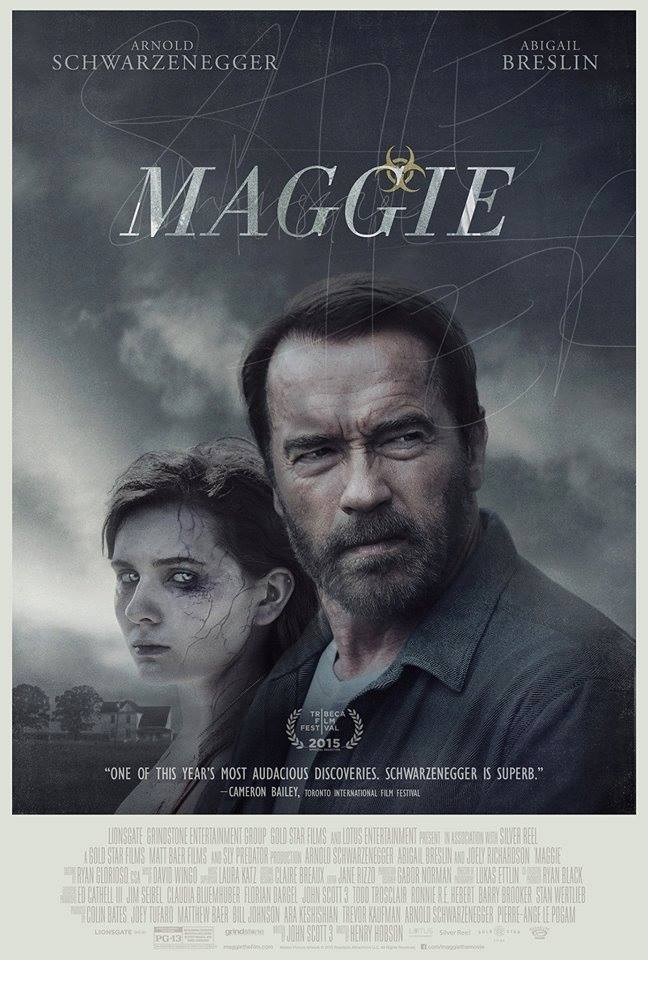 Though my interest in zombie flicks is waning, all it takes is a unique slant on the subgenre to spark my interest. When I heard Arnold Swartzeneggar was going to play a distraught dad named Wade, struggling with what to do with his infected daughter Maggie (Abigail Breslin) during a zombie plague, my interest was immediately piqued as this concept had the potential for high drama from A-list stars. Arnold in a horror film is not common; though some of his comedies may be considered horrific, plus I’ve kind of been rooting for the former action superstar to stage a comeback after his previous films have been less than successful since he quit politics and returned t cinema. For all of these reasons, I was looking forward to checking out MAGGIE in the theaters, but when the film was quietly released a few months ago, I missed it and had to wait until this week to check it out on Bluray. 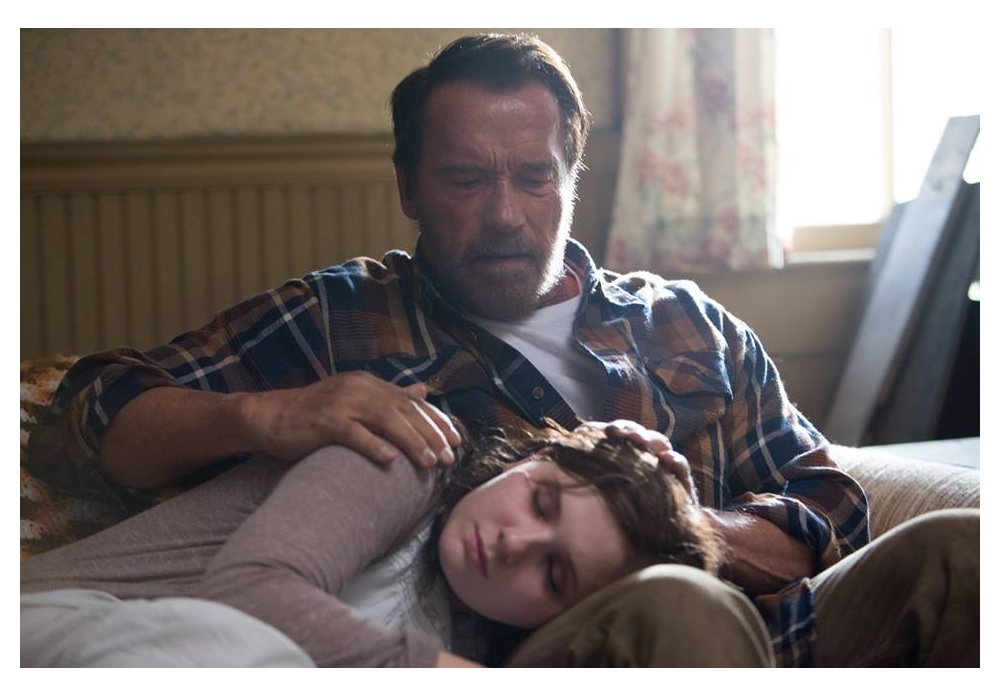 MAGGIE is a quiet film. Aside from a few tense moments, the movie focuses more on the remorse of the aftermath of horrible action rather than the violence itself. There are very few jump scares or piano bangs which litter most bog budget horror cinema, but there are moments where the camera lingers on the udder dread of it all. It’s because of the slow, yet tension-filled pace that this film feels less like your typical zombie flick and more like a drama about a family stretched to the limit. Upon hearing about his daughter, Wade travels from his farm house into the city, retrieving his daughter from a medical clinic where she is given a terminal diagnosis. Allowing Maggie to return home as a favor to a friend, the doctor warns Wade of the signs to look for and thus explains what type of zombie outbreak will be; thus laying out the guidelines and rules of the movie (which is always crucial in a horror film). Wade returns home with Maggie, where his new wife Caroline (Joely Richardson) meets them with much trepidation. Sending Maggie’s two half-siblings away, Caroline is conflicted with the love of her step-daughter and the need to protect her family. The presence of this secondary struggle in Caroline’s character shows how fully-realized and nuanced this quiet little thriller is. 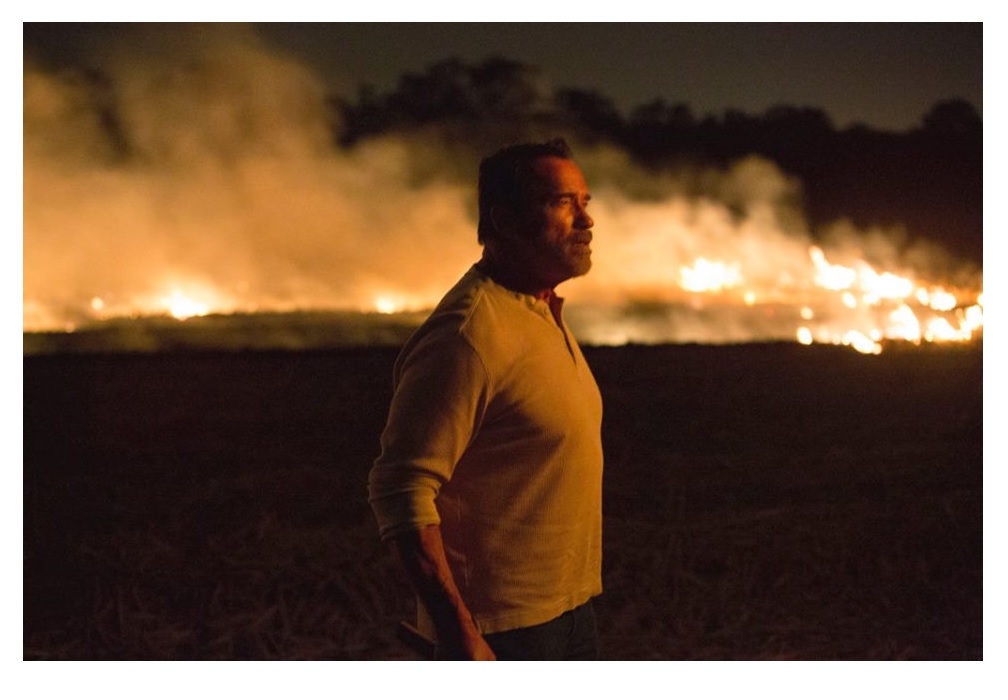 The rules of the zombie game here are changed as well with the infection not turning the humans into the undead instantly. Society has sort of adapted with the zombie outbreak in a somewhat realistic way; not shutting down and crumbling, but merely adapting to the plague with detainment centers for those who are experiencing symptoms and the destruction of crops, which dramatically light the night and fill the sky with thick smoke throughout the film. There are not swarms of zombies and running masses, but life has gone on. This more down to earth reaction to the plague gives it a more sincere tone, which allows for the audience to care more about the fate of Maggie and her family and sympathize with how the infection is affecting her. A scene where Maggie goes out with her friends, who she hasn’t seen since she left to live in the city, is filled with heart as the kids have a good time remembering their friendships, reforming bonds, and just forgetting the world is going to shit around them. This scene, where Maggie forgets she is infected and feels comfort amongst friends is one of the most effective beats in the film.

Though he’s known for his hammy one liners, thick accent, and bulging muscles, I think Arnold Swartzeneggar has it in him to be a pretty powerful actor when he can be. Or maybe its roles like this where he has very little lines and the camera just follows him as he copes with this upcoming loss. Thinking back on his most effective roles such as PREDATOR, THE TERMINATOR, and CONAN THE BARBARIAN where he doesn’t have a lot of lines and simply lets the camera soak up his expression and looks alone. MAGGIE is on par with those films, save for the fact that it is a tense drama rather than an action spectacle. Many scenes in MAGGIE just linger on Swarzeneggar’s face; the aged grooves in his face speaking more convincing volumes than he could ever communicate with thick accented puns. 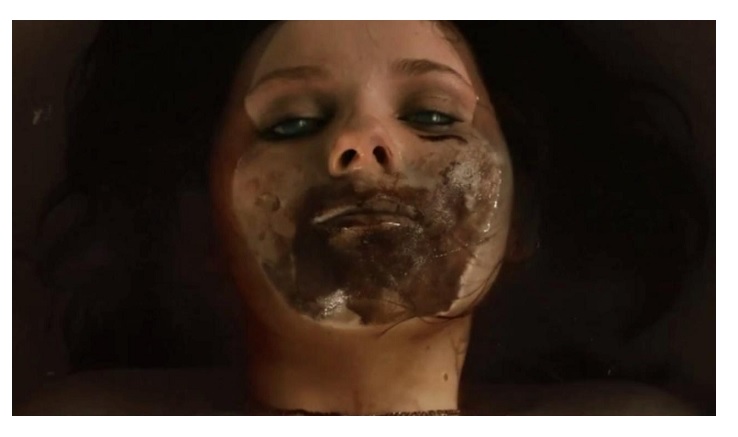 Breslin does a pretty great job herself as the titular character. The aforementioned scene with her friends by the campfire and her struggle to maintain her composure as the disease sets in gives a personal take on zombies we really haven’t seen before. The subtle effects add to Maggie’s torment as her eyes glaze over and her skin begins to bruise. Joely Richardson also adds a lot to this film as her character could easily come off as selfish and cruel, but she walks the line between being a loving parent who still cares for Maggie and protective towards the rest of her family who is not infected. Without this complex role, the conflict Arnold’s Wade wrestles with would be easier and therefore less interesting.

Just as the film quietly opens, it ends just the same and while I won’t reveal it here if Arnie takes a shotgun to his zombie daughter or not. I will say that this is not your typical zombie film by a long shot and proof that these types of films can be effective if a little heart and creativity can be added. MAGGIE is a very slow and patient movie and not for the ADHD crowd. But it is one of the best Arnold films and there are elements that make this harrowing drama one of the best zombie films of the year. 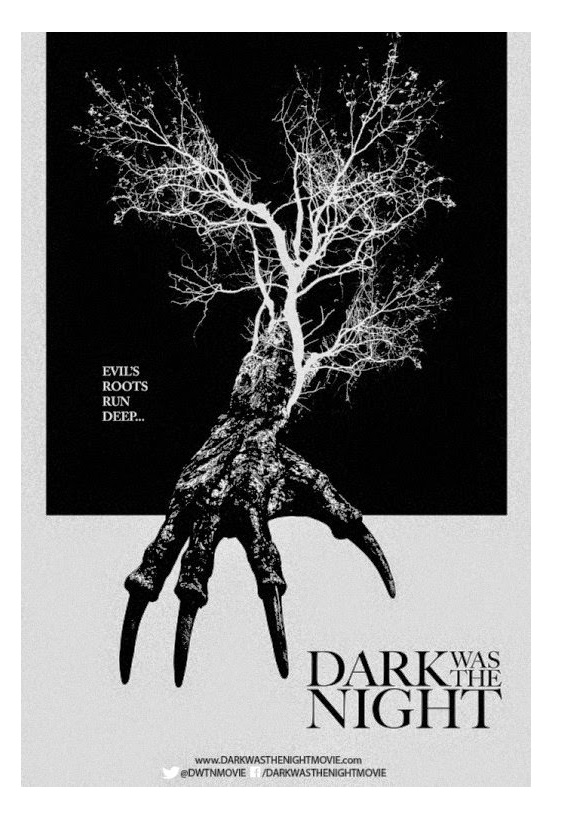 Worth noting: DARK WAS THE NIGHT!

Man, Kevin Durand is so good in this. Much like Swartzeneggar’s subtle and grief filled turn in MAGGIE, Durand does the same in DARK WAS THE NIGHT about a weary and beaten cop wracked with guilt trying to keep his sanity and a monster in the woods that is terrifying the town he has sworn to protect. This isn’t a perfect film, but it does showcase the raw talent Durand has and shows the actor in a light I’ve never seen before. Check out my full review of the film here and you can check out the film here on iTunes and Netflix here!