Why is POD #19? This film knocked me on my ass when I first saw it and it is structed with such exquisite elegance that it’s almost a beauty to see unfold. Steeped in paranoia, POD is the type of film that pulls you in and then makes you question everything you thought you knew. Effectively staged mostly in one house where there could or could not be a monster living in the basement, POD is a memorable film directed and acted exemplarily from top to bottom and one of the most tension filled films of the year. Here’s my review from September 1, 2015!

Sometimes writing this column is a chore. There’s a lot of crap to sift through on a weekly basis, but I try to chug through hoping that by sifting through the turds, sometimes you find that rare diamond of a horror film worth screaming about. POD is one of those diamonds. 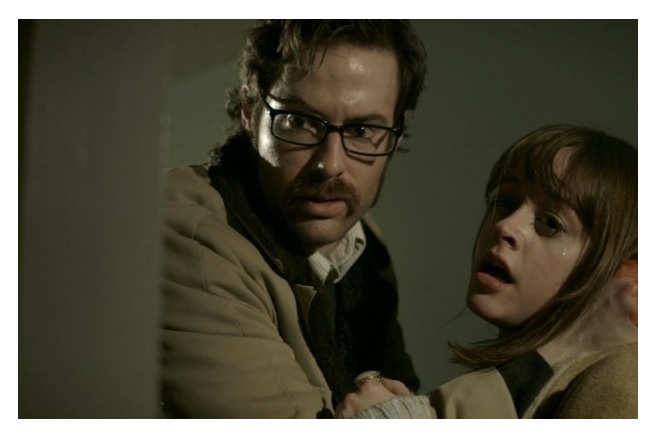 Ed (Dean Cates) is worried about his brother Martin (Brian Morvant). A war vet, Martin suffers from mental instability and after leaving a frantic message on Ed’s phone, Ed decides to gather up their little sister Lyla (THE WOMAN and JUG FACE’s Lauren Ashley Carter) and go out to Martin’s cabin in the woods to check up on him. While the family bonds are strained, Ed convinces Lyla to go out to the cabin with him, but they are not prepared for what the encounter when they get there as Martin is delusional and unhinged, ranting about a monster trapped in the basement and mind control. While Ed and Lyla try to calm Martin down and get some answers, the real question is; is there a monster in the basement or is it all in Martin’s head?

Monsters in the basement aside, POD is a film about paranoia. And being about an intangible concept like paranoia, whether or not it is effective relies firmly on the shoulders of the cast. Bad cast equals zero convincibility. Good cast and you’ve got a winner. POD is a winner because on all sides, the cast is phenomenal. This is a small film; reminiscent of a play where three characters are trapped in a single locale, but while the scope is small, the stakes are made monumental by the fantastic performances by all three of the main cast. Staunch and by the book, Cates’ Ed really does well as the overstretched connective tissue of a family that has come apart at the seams. He is utterly convincing as the overburdened caregiver older brother. Morvant’s Martin could easily come off as laughable as he rants insanely about conspiracies and monsters, but he doesn’t at all, divulging enough information in his mad rants to make us wonder if there is something real going on here or if he’s just nuts. The real character to latch onto here is Carter’s Lyla. While she is absolutely beautiful, she is also making quite the career for herself appearing in one excellent horror film after another. Here she is somewhere in between the two opposite brothers, just loopy enough to have Martin listen to her and just together enough to understand why Ed is concerned about him. The way the three of these siblings interact with one another is complex and utterly convincing. Add in a short part by character actor/writer/director Larry Fessenden and it seals the deal that this is a cast to die for. 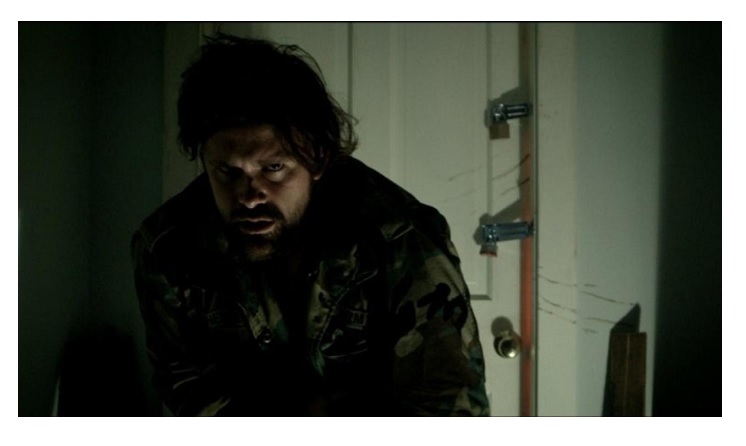 So convincing, in fact, that I was on the edge of the edge of my seat for most of this film transfixed on whether or not the creature was real or not. As the story goes on, it’s almost unimportant, as the relational stuff between the siblings is so well done. But when we go into the basement, writer director Mickey Keating delivers nerve shredding moments of tension and terror. Using forced perspectives, creative shadowing, and other camera tricks, I was wondering just what I was seeing and overwhelmed with a fear of the reveal more so than most other films I’ve seen this year.

POD is an excellent slice of tension and I couldn’t recommend this film more. Every frame oozes paranoia. It’s fantastic to see director Keating deliver so much scares and thrills with such a simple story and so few effects. A strong cast and a firm grasp of what we get to see make this film a winner from the first to the last frame. Highly, highly recommended. 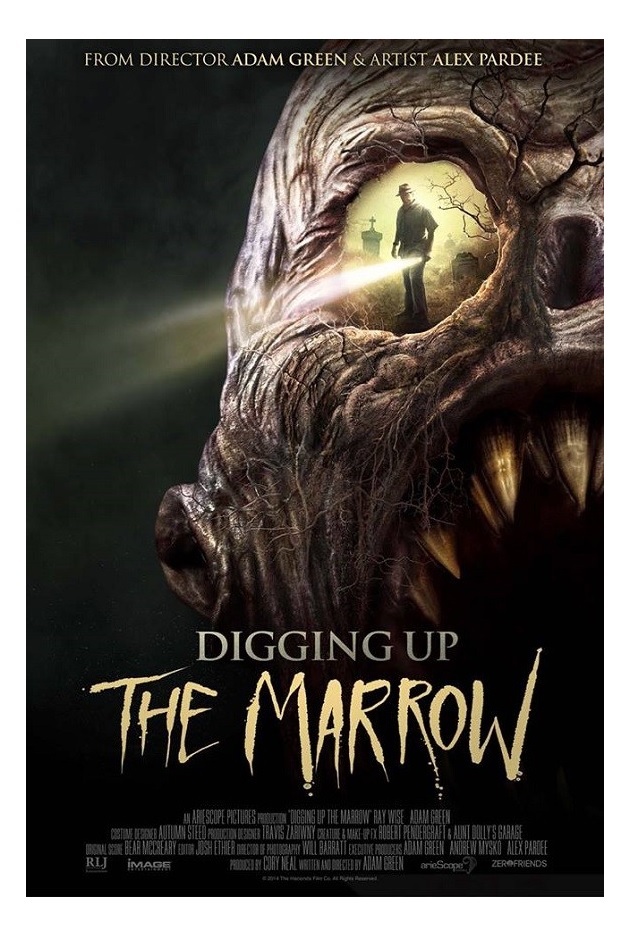 Worth noting: DIGGING UP THE MARROW!

Another film built on paranoia about the existence of a monster (or monsters in this case) is Adam Green’s DIGGING UP THE MARROW. While the fact that the film uses well known actor Ray Wise as its lead paranoid which kind of cracks the suspension of disbelief in this shockumentary style film, his performance is amazing and some of the scares in this one were really well executed. This is another one that just barely missed the countdown, but it’s still worth recommending for fans of Green and the mock doc subgenre. Check out my full review of the film here and you can check out the film here on iTunes!