Why is BACKCOUNTRY #20? Can one scene make a movie memorable? There are plenty of films that have gone down in history as possessing one scene that simply resonates with audiences and BACKCOUNTRY’s bear attack scene was that film for me this year. While the rest of the movie isn’t perfect, the buildup and execution of the bear attack is probably the most visceral and terrifying scenes I’ve seen since JAWS. I loved this film simply because it finally encapsulated why I probably will never go camping and it can be summed up by this horrifying attack sequence. Not the best horror film of the year, but that one harrowing scene makes it a must for this year’s best of list. Here’s my review from April 8th, 2015! 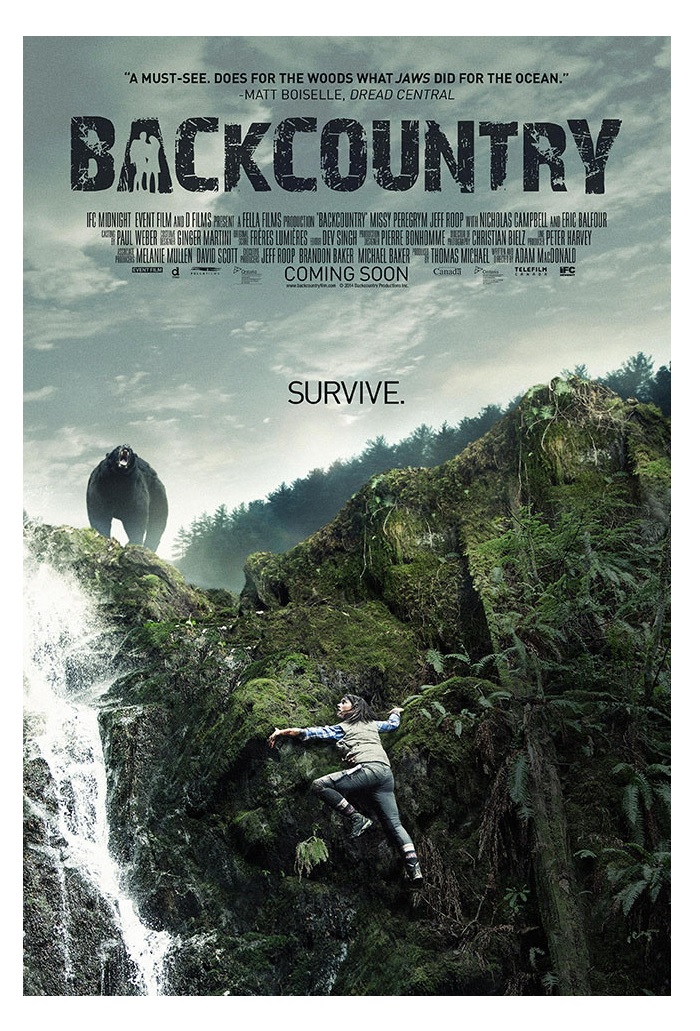 Dedicated readers of AICN HORROR know that one of my most basest of fears is of sharks. I don’t go into the ocean because of this fear and while I love watching killer shark movies, the films often chill me to the bone and effect me in ways that most everything else in the world of horror don’t….that is, except for bears. Bears are not cute cuddly things that eat honey and put out forest fires. Bears are land sharks and the same great fear I have of sharks goes double for bears as can avoid the ocean, but I spend 100% of my time on land. The good news is that I love being scared and films about bear attacks definitely send my old spine a tinglin’. BACKCOUNTRY is such a film which possesses one of the most realistic and terrifying bear attack sequences I have ever seen. While the scene is brief, the build to this scene is amazingly tension filled as we fist notice the tracks, then a gored animal, and finally the bear itself in ways that only heighten the tension to a pitch that is nerve-shattering. But I’m getting ahead of myself. 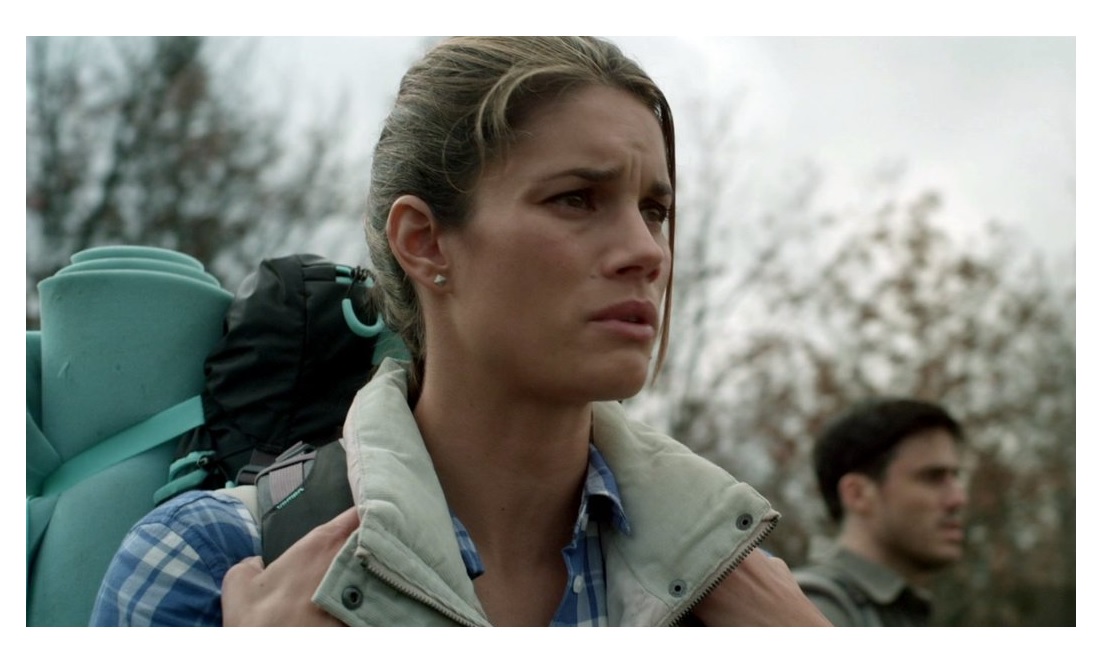 BACKCOUNTRY is a story of a couple heading out on a trip into the wild. Alex (Jeff Roop) is a self proclaimed woodsman, but like most city boys, it appears that his woodland training (which consists of going into the Canadian wilderness with his parents as a kid) is rudimentary at best. In the opening moments, it’s established that he’s a bit of a jerk, somewhat self centered, and not the best boyfriend as his girlfriend Jenn (Missy Peregrym ) takes a boyfriend test in a magazine and he fails it gloriously. Still, Alex is not portrayed as a total jerk. Through tender moments, we see Alex being a decent and affectionate guy, genuinely wanting to share an experience from his youth which he holds near and dear with his girlfriend. When Alex and Jenn cross paths with Brad (a Scottish brogue blurting Eric Balfour) who challenges Alex’s masculinity and makes him feel inadequate in front of Jenn, the couple’s seemingly good relationship starts to show its weaknesses. But Brad’s advances aren’t the only predatorial urges at play in this film. There’s the aforementioned bear stalking the periphery and circling close that pushes the couple to the limits of their relationship.

What works best with this film is the fact that writer/director Adam MacDonald fills this film with all sorts of strains on Alex and Jenn’s relationship. While the ties between the two are not perfect, both are very likable and this is key in order for any of the threats to work. So if you have issues with either of these characters, putting them in peril is only going to make you root one of them will soon be coming out of the south end of a north bound bear. MacDonald does a great job of keeping the threats vague for a great while as well. While it is evident something predatorial is stalking them, we don’t see it and for a long time I was wondering if this was a man vs. nature story or a man vs. man in nature story. Turns out it’s a little of both as the couple do a lot to threaten their own relationship themselves even before anything monstrous arrives. This threat from multiple fronts is part of the appeal of the film and since I found myself enmeshed with this couple and wanting them to work past their differences in order to survive, when the claws do come out (both literal and metaphorical) it makes the danger all the more palpable. 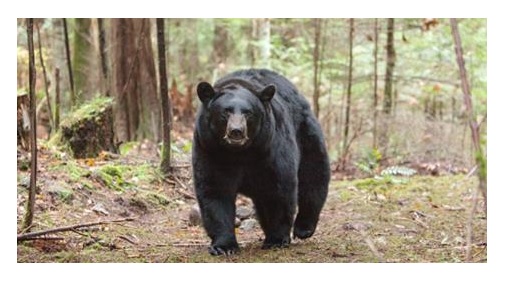 The bear attack in this film is legendary. It’s the kind of scene people will reference because it is so well paced and edited. While it’s highly choppy, MacDonald almost treats this scene like the shower scene in PSYCHO; focusing on one tiny detail after another and placing all of the puzzle pieces together on screen for the viewer to piece together. Seeing it all play out was absolutely horrific as not only do we piece together the carnage, but we hear it in gory, vivid detail as teeth and claws rip through flesh and gnaw at bone until it splinters. BACKCOUNTRY has been called OPEN WATER WITH BEARS. The description fits, but comparing it to OPEN WATER makes it feel like an uninspired copy. BACKCOUNTRY is not. It tosses you right into the bear pit with nothing but your own hands to protect you from what you’re witnessing. Those who love films highlighting the horrors of mother nature and man’s tendency to think he can somehow overcome it are in for a true treat with BACKCOUNTRY and those who plan a camping trip might want to either watch this film as a precautionary tale or steer clear of it lest you have many a sleepless night in your tent in the middle of the woods.

The fact that this film made me shake from head to toe makes me give this film a high recommendation. It’s more than just one bear attack that makes the film as the performances, the atmosphere, and the thematic heft are all great. But damn that is one doozy of a bear attack nevertheless. 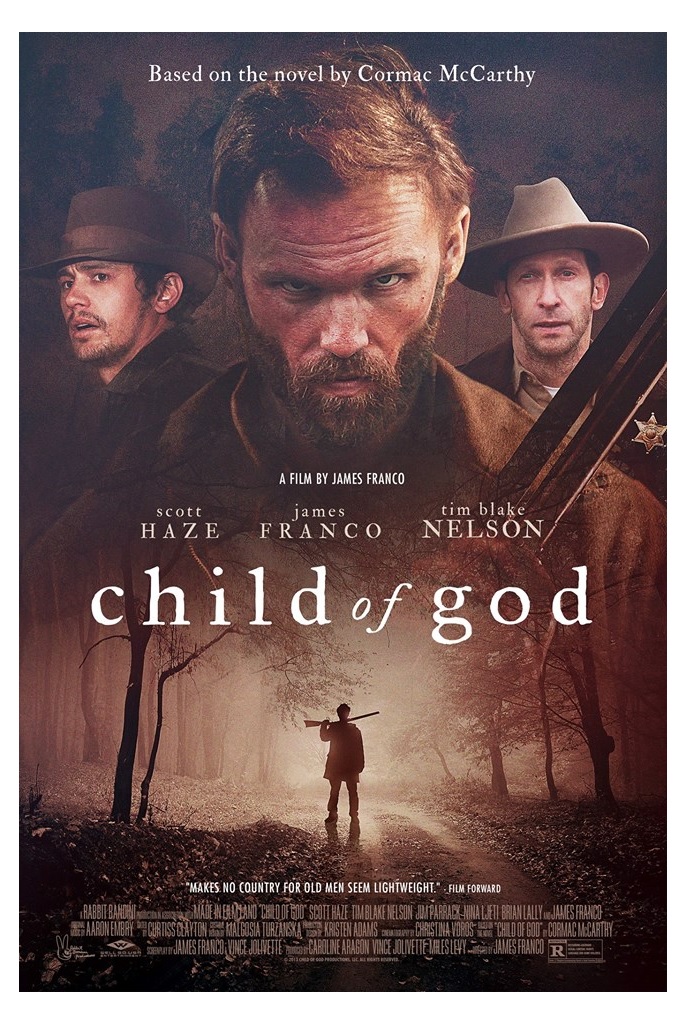 Worth noting: CHILD OF GOD!

Speaking of the backwoods, James Franco directed this arthouse film from a Cormac McCarthy novel about a misunderstood and certifyably insane loner roaming the hills of Tennessee in the 1960’s. It may seem odd at first that this film would show up in a horror countdown, that is until star Scott Haze shows up wearing the skin and clothes of his female victims and murdering anyone who crosses his path and then you understand that this is a horrifying film about isolation and lonliness. The artsy feel and uncomfortable nature of the film will most likely make this an uncomfortable experience for some, but this is a dark and horrific movie, for sure. Check out my full review of the film here and you can check out the film here on iTunes and Netflix here!