Why is DEAD SNOW 2: RED VS DEAD #27? If you’re in the mood for a wickedly funny film that wallows in blood and gore like a pig in slop, this is the film for you. While it definitely changes tone from the original, it still manages to make zombies fun again by pitting two undead armies against one another. Here’s my review from December 12th, 2014! 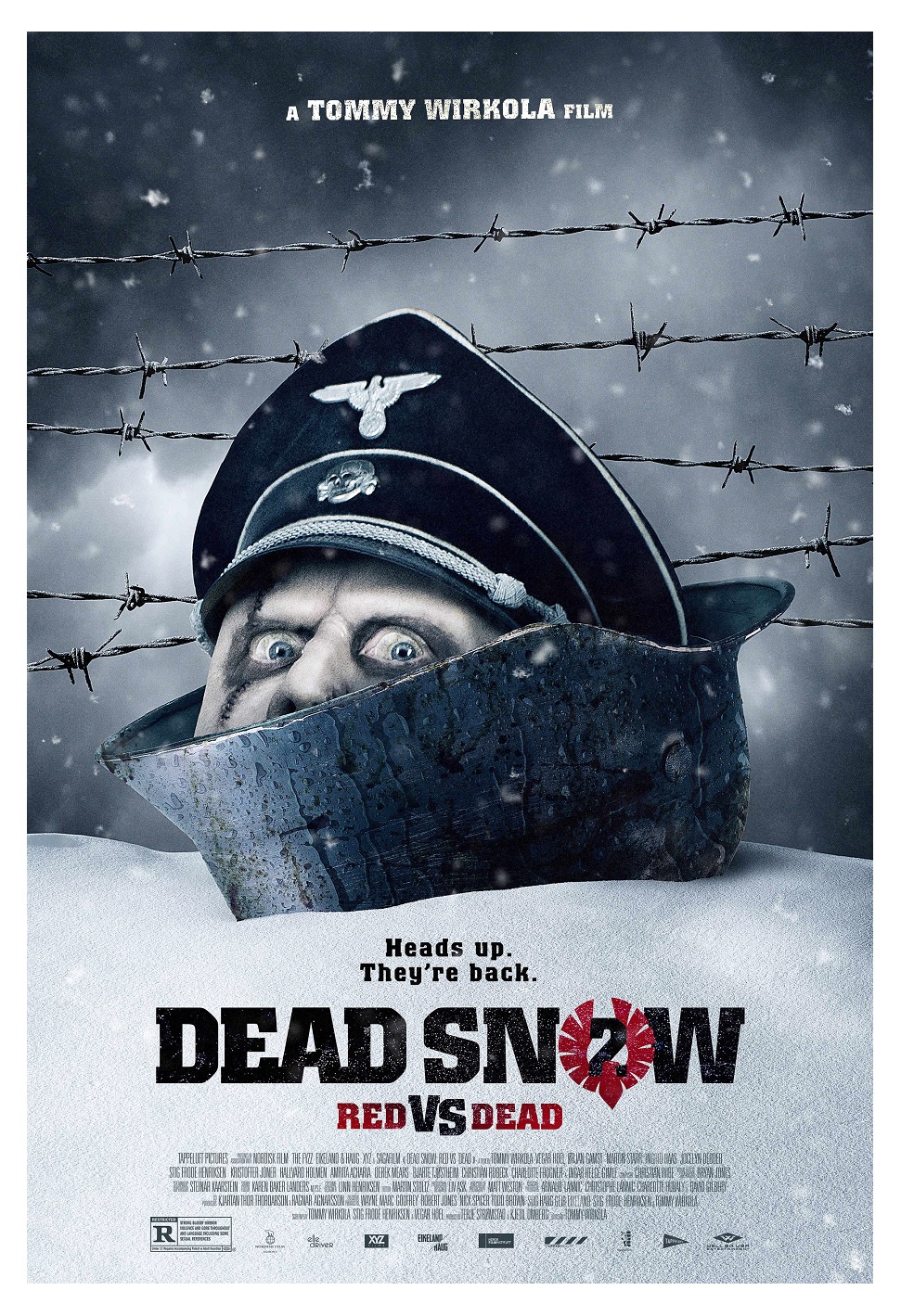 After a few missed attempts to see DEAD SNOW 2: RED VS DEAD at festivals, I finally got to check it out on BluRay this week and it really is a lot of fun. But there’s a noticeable shift in tone between the original and this sequel and I kind of wanted to talk about that in this review. 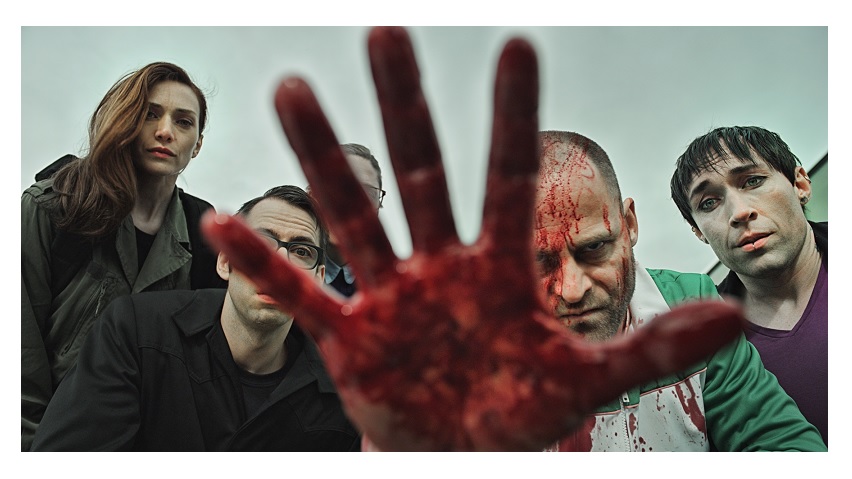 Like all cool sequels (such as EVIL DEAD 2, a film I’ll be referencing a lot in this review), DEAD SNOW 2 starts right where the original left off (only slightly tweaking continuity to adjust for the second film’s storyline). I love it when films do this because—even though it might not have been in the filmmakers’ heads to make this sequel at the end of the first film; it feels like it was all planned out. So while it is doubtful this was a planned LORD OF THE RINGS-like epic, director Tommy Wirkola makes it all feel like it’s is one.

The story definitely expands in this sequel as the Nazi zombies kind of switch gears from finding their lost gold to continuing their original mission before they were struck down by the Russians during WWII. Also coming back is Martin (Vegar Hoel) who was the sole survivor of the last film, minus an arm. Losing a limb really seems to be a subject Wirkola likes to delve into as the opening action sequence has Lead Nazi Zombie Herzog lose his own arm and after a goofy series of coincidences, Martin and Herzog end up with each others’ arms and a new power to raise the dead and add to their Nazi army. Losing a limb is also the subject of a short film which accompanies the BluRay called ARMEN which continues the dark sense of humor this film uses so well.

And there is a lot of fun to be had here with DEAD SNOW 2. The EVIL DEAD 2 slapstickery that was prevalent in the latter portion of the original is front and center here from beginning to end. Those looking for doom, gloom, and utter seriousness in their horror should check out other Nazi zombie flicks such as SHOCK WAVES, OASIS OF THE ZOMBIES, and the like. Here, no body part or type of person is ignored in the zombie mayhem. Even kids are not safe for the Nazi horde; something that usually is off limits in American films. In DEAD SNOW 2, kids, women, priests, and pretty much anything with a pulse will be dissected and desecrated by the Nazi undead.

The addition of the American Zombie Squad, lead by FREAKS & GEEKS alum Martin Starr is fun, though much of the flubs and inconsistencies in this film comes from the involvement of his squad. Somehow, immigration laws, getting a passport, and making plans to travel from America to Norway are almost immediate actions as all it takes is one call and a quick cut for Starr and his crew of female zombie killers to be on the scene. I laughed a lot at the Zombie Squad’s zeal as they react to the fact that zombies are real as well as the multiple nerd references dropped by the trio.

The humor at play here is pretty broad. This isn’t a criticism, but it is a quality of humor that is an acquired taste. Those who roll their eyes at THE THREE STOOGES or think DUMB AND DUMBER is as stupid as can be will most likely be adverse to buying into the over the top violence at play here. Still I laughed a ton at this film and while it feels like the comedy and gore changed to a more broad scope in the sequel, bu those who thrilled at the chaos that ensued in the final moments of the first film will most likely be the ones applauding at this one.

And while DEAD SNOW went for the shock and awe ending, this one at least seems to wrap things up into a more pleasing, albeit gross package. There’s a sense of closure here that wasn’t in the first film as it really feels the character of Martin ends up where he should, as do the Nazis. As a double feature, DEAD SNOW and its sequel work much better than most first and second installments. Here’s hoping if there is a third installment, it maintains this level of laughs and gore. 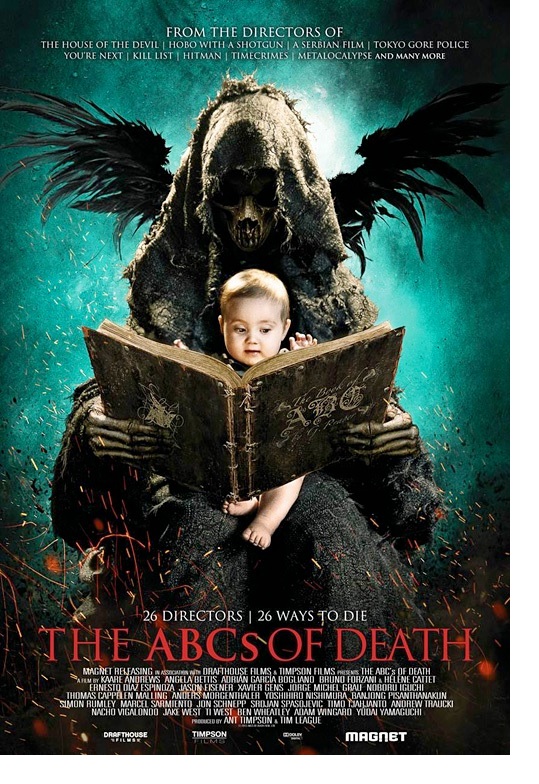 Worth noting: ABCs OF DEATH 2!

Another impressive sequel released over the last year was THE ABCS OF DEATH 2. I think this sequel was even better realized and more successful varied than the original. Filled with five minute shorts from some of horror’s up and coming elite, you’re bound to like quite a few of these horrific, gross, and surreal little mini horrors. And if you don’t like one, just wait five minutes for something completely different. Check out my full review of the film here and you can check out the film here on iTunes and Netflix here!