Welcome Back to TWIN PEAKS! Check Out These Photos of the RR Diner!

More TWIN PEAKS is getting closer and closer. Like many of you, I couldn't be more excited. More Cooper. More mysteries. More crazy little mountain town. More unknown evils hiding deep in the woods. More David Lynch. We get to check in on our friends in Twin Peaks and see how the small town has fared over the past 25 years.

I'm really curious to see how things will be different this time around, and what will have changed since the show ended in 1991. Though very much a product of the early 90's Twin Peaks always existed very much out of time, with its 1960s Americana vibe and its ability to simultaneously be a part of the greater world and yet very much separated from it. It's one of the things that gave the show such a unique feel.

And though plot details remain as mysterious as the Black Lodge itself, the town of Twin Peaks is getting a little closer to coming into being.

Lynch is back in North Bend, Washington, and production prep is ramping up before filming gets underway. One of the many preparations is the restoration of the RR Diner, or as it is known around here, Twede's Cafe.

Twede's is an establishment that I make it a point to visit a couple of times a year. Though renovated at some point to be a tad less dark and more coloful then the RR was, it's still a charming little cafe that makes great burgers, kick ass milkshakes, and of course, the famed coffee and Twin Peaks Cherry Pie. 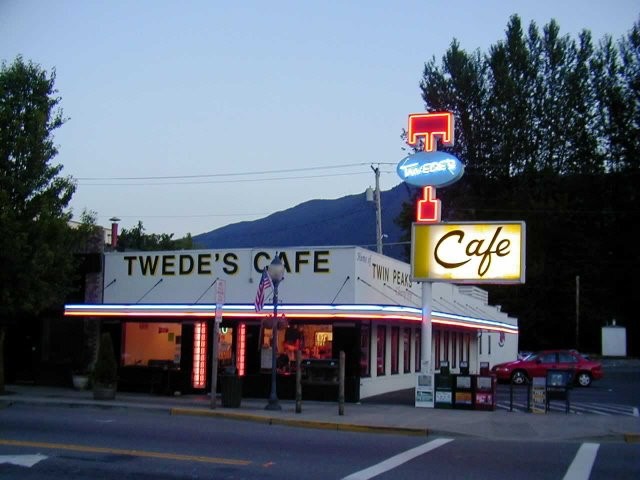 My friend was in North Bend earlier today and was kind enough to snap some photos of the work being done to the exterior of Twede's to get it back to RR status for the new season. The cool part is that there isn't a ton for them to do to outside of the building - it has remained pretty Twin Peaks-y over the past 25 years, which is one of the many reasons it is so rad.

The much of the iconic sign still stands outside. Here, you can see that the crew is working to replace the "Twede's" portion with the "Mar", and add the red neon "RR" back to the top.

The "RR To Go" has been added to the top of the building. The windows are papered over, so it's impossible to tell what is happening with the interior (my guess would be mostly cosmetic - the round counter sits just as it was when Norma Jennings was taking orders), but you can see crew members bringing furniture and supplies inside from a moving truck parked out front. 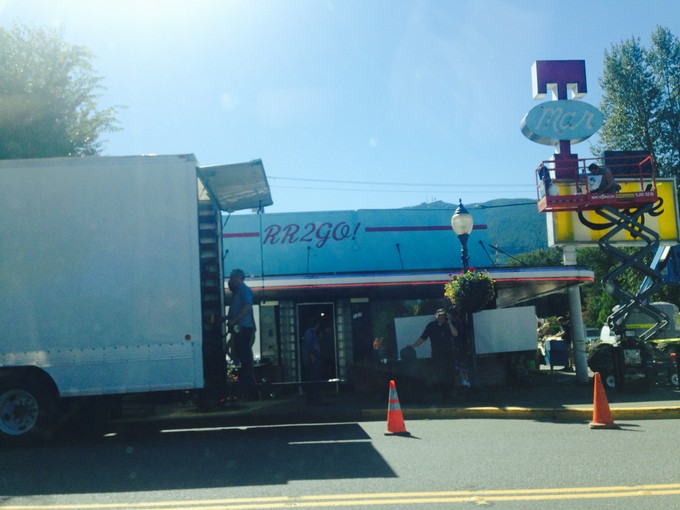 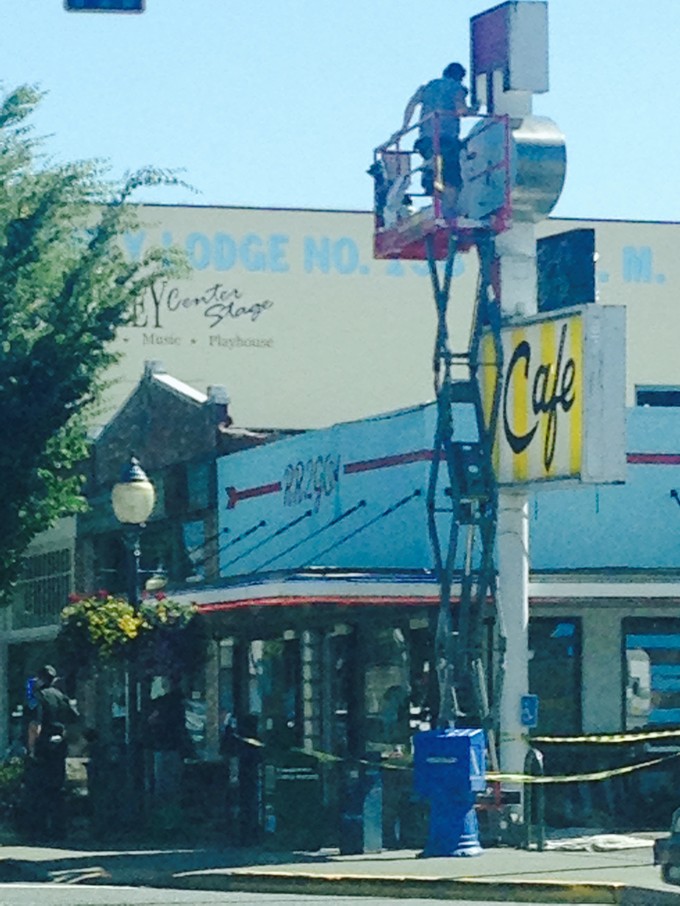 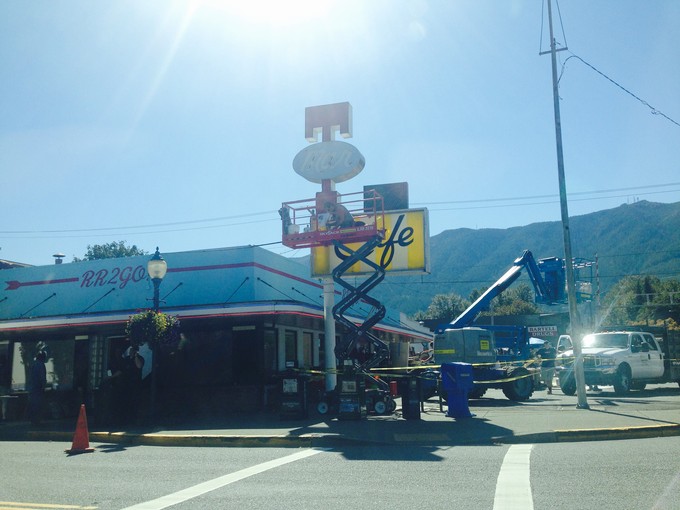 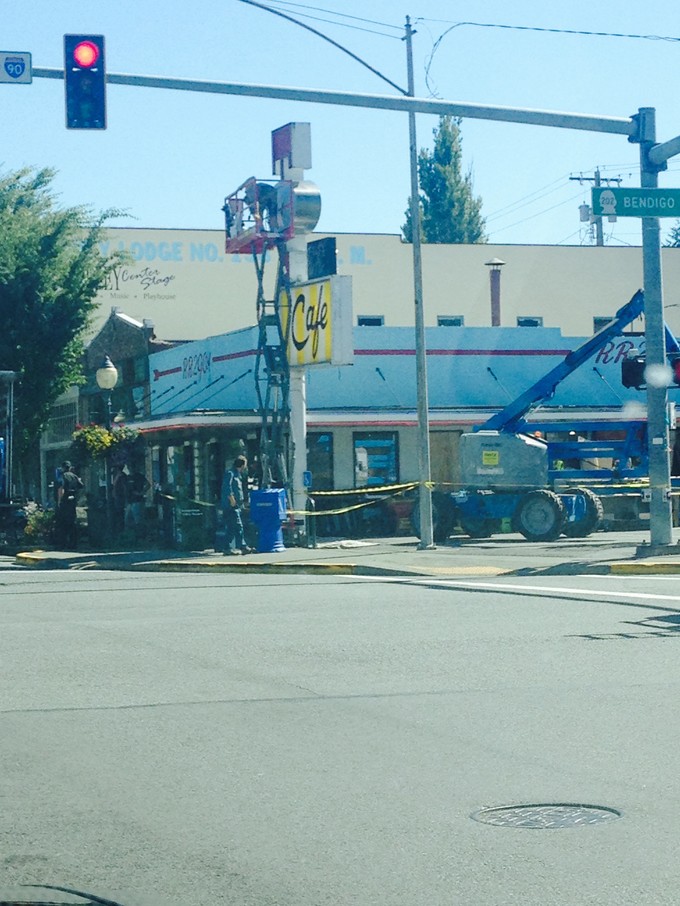 After all of the rumors, waiting, contract negotiations, and everything else, it's crazy exciting to see this project coming together. I can't wait to see what Lynch, Frost and their cast and crew have in store when we return to TWIN PEAKS.