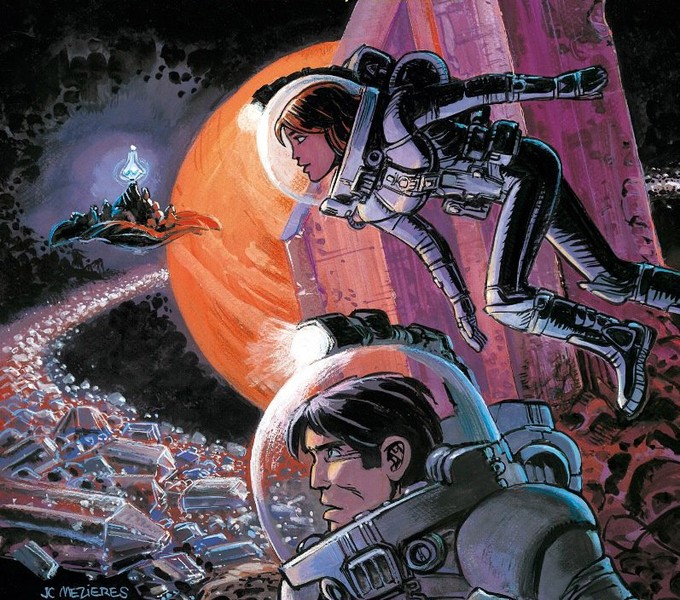 Hey folks, Harry here...  I don't know about you, but I have a serious love for THE FIFTH ELEMENT.  After the film, I just wanted Luc Besson to continue to mine that European Science Fiction vibe for the rest of time.   He had other ideas.   Still though, he has a passion for the medium.   Take this VALERIAN AND THE CITY OF A THOUSAND PLANETS film.   We know it is a huge $180 million dollar science fiction epic.   We know that the comic, VALERIAN ET LAURELINE was a big influence on STAR WARS for George Lucas.   But we also know it was a totally different kind of story.    It was announced some time ago that Dane DeHaan was playing VALERIAN and that Cara Delavingne is playing LAURELINE...   But over at DEADLINE, Mike Fleming is reporting that Clive Owen has signed on to play Commander Arün Filitt!   The movie is set to start shooting at the beginning of 2016.

This is a film to get excited about.   I've been checking out the French comics as well as the animated series that Luc Besson has been producing for a while now.  I've included some of that below in this VALERIAN playlist - This will be Besson's biggest film he's ever attempted.   According to Fleming, he had a script ready years ago, but when he saw AVATAR he reportedly tore the script up and started anew, knowing he could do better.   I love that!   C'mon Besson, kick our minds into the furthest reaches of Science fiction!