Film adaptation of Stephen King's The Dark Tower gets a release date! 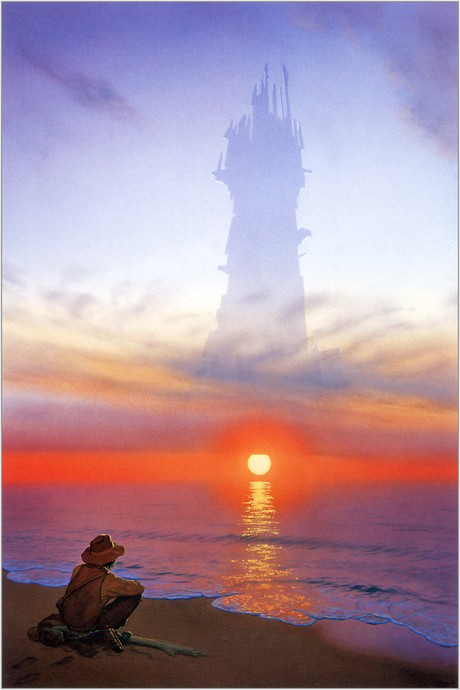 Ahoy, squirts! Quint here. A release date has been announced, which is a first for the long in-development adaptation of Stephen King's Dark Tower series.

When will you get to see the Gunslinger chase the Man in Black? According to The Wrap, the epic series will debut January 13, 2017.

A few things of note here... For something that's supposed to be the start of a giant franchise, January is weird placement. Usually January is looked upon as a dumping ground month, after the rush of Holiday films and before pre-Summer event movies.

I've long thought January is prime time for weirder stuff. The Grey did huge business that month and proved that people still want to watch movies after Christmas. Either this is Sony's move to have an event movie with pretty much its own month with little competition or this is a sign that they're nervous about this property.

As they should be. The series is weird, violent and at times hyper nerdy with the alternate worlds stuff and multiple existential conversations. But it's also cool as hell and could be amazing if adapted right.

The other thing of note is that The Wrap's story lists the title as simple The Dark Tower, not "The Gunslinger" or Dark Tower: The Gunslinger. Could just be a space saver (like saying Star Wars is coming out this December) or it could mean the adaptation process is still figuring out what parts of which books go where. Some will go to TV (I'm assuming it's all the Young Roland/Wizard and Glass stuff) and some books are likely to be merged together into one movie.

Or I'm reading too much into it. As a Dark Tower fan since middle school I just want the movies to be good. I want to care about Roland's journey. I want to follow along with him as he builds his merry band of gunslingers and quest for the elusive Dark Tower. I want the world to understand why I've been obsessing over these novels for over half my life.

Maybe that's asking too much and my expectations are a little too high, but ya' gotta have hope, right?