Ahoy, squirts! Quint here with a good little exclusive tidbit for you horror fans out there. If you've been paying attention you know that Dance of the Dead director Gregg Bishop has been brought on to direct a feature adaptation of the V/H/S segment "Amateur Night," otherwise known as the "I Like You" one.

The feature version is called Siren and is currently filming in Georgia. I don't know if it's going to follow the same plot as the short... I'd imagine there's going to be more to it than a bunch of asshole dude-bros trying to pick up chicks and then finding the wrong lady to mess with, but what I do know is that wrong lady will be returning. 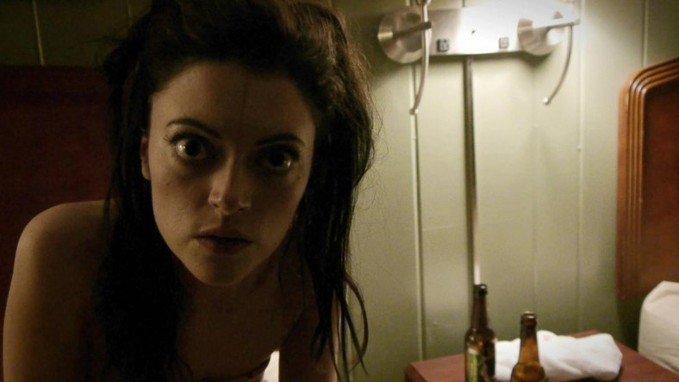 That's right, Hannah Fierman is officially coming back to play Lily. Maybe she'll say more than "I Like You" this time around, but a part of me kinda hopes she keeps it that simple.

There you have it. A nice little bit for you horror hounds as the midnight hour quickly approaches.