Here’s a new poster for BLACK MASS, the September 18 release starring Johnny Depp. The film is directed by Scott Cooper (CRAZY HEART, OUT OF THE FURNACE) and features a script by Mark Mallouk (a Producer on RUSH and EP of the forthcoming EVEREST) and

Jez Butterworth (a writer on EDGE OF TOMORROW and GET ON UP - both of which I quite liked).  An interesting…promising?…pedigree here… 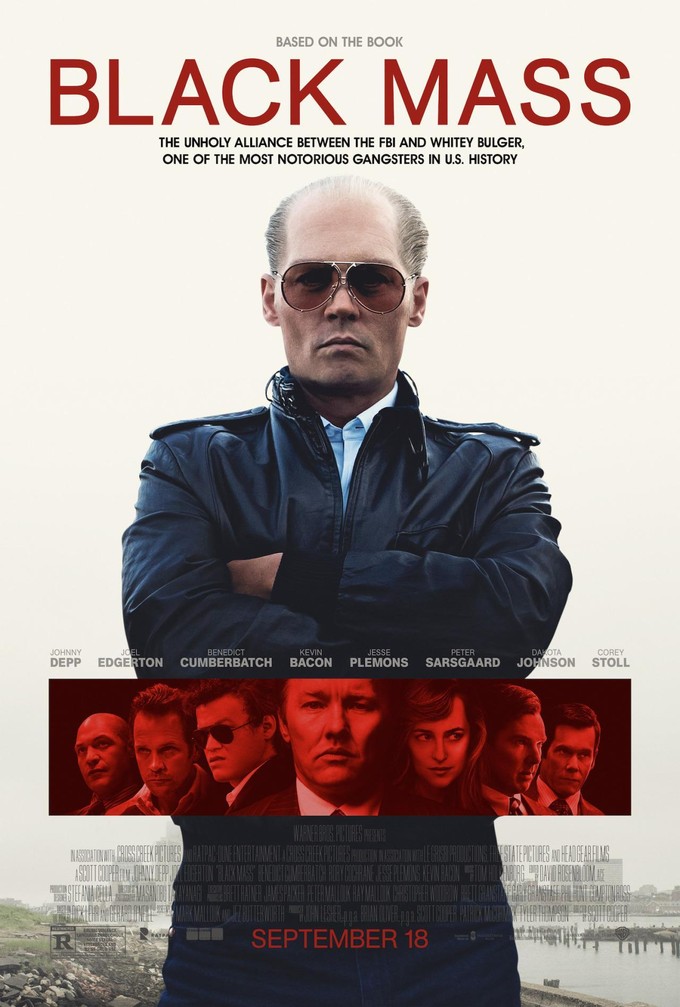