Hey folks, Harry here... And man, this is a weird as can be 'scoop'. Ok, first off... after getting the below story... I did some checking around. GOONIES is one of those films that geeks love to fantasize a sequel to... The film is so entrenched into a certain generational psyche... that when it was being played at the Alamo Drafthouse recently, it nearly sold out all 5 showings and each night as I watched the film (oh yes... I was there every night) I watched as the audience was completely enchanted... People were mouthing all of Mikey's speeches and applauding after them. When I saw the film in a swimming pool here in Austin earlier this year... I watched nearly 700 partially clothed adults and kids bobbing in the water in silent enchantment watching and loving this film. There is a VERY large core fanbase for the film.... BUTTTT... as I was doing my typical hack job of research on this scoop... I was stunned to find that this is ACTUALLY in active development. Right now it is at Richard Donner's company and Spielberg's Amblin. Not only that... BUT... there is a screenwriting duo that are still working on it. Alex Kurtzman & Roberto Orci. Yup, the producers on the Bruce Campbell tv series, JACK OF ALL TRADES. Seems Donner really likes these guys as they also have a script with Jonathan Mostow entitled THE 28TH AMENDMENT. Now, while the below report may be bogus... there really is a GOONIES 2 in the works... and from the sound of the report below... let's hope the one he likes is by this pair... as that seems to be the script in development. And after LORD OF THE RINGS... Sean Astin will be a very in demand fella again. Well..... here's the report (images found by me) 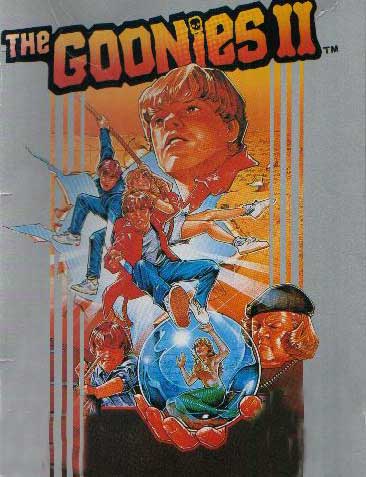 Let's get to it. I work parttime as a production runner/assistant... where I am fortunent enough to do some script coverage for my boss when things get hectic. I was in the storage/file room filing away some forms and scripts when I came across a file with two scripts side by side. The first was entitled simply "GOONIES 2"... it was dated '97 with a '00 rewrite.

The story is this: Mike(y) is working as a historian in the city. He comes across an old document and map (like in the first film) and remember s his youth. So he decides to go back to his hometown and regroup the original characters. Mouth (Feldman) is now working with his dad as a plumber. Chunk manages a pizza place! Data is some kind of scientist... with a little brother that eventually tags along.

At first, no one wants to go on Mikey's little childish "Goonie adventure"... but he eventually makes this speech about youth and regaining the magicical times of this and that. So, they all end up going. The adventure takes them across the coast and into caverns, tunnels, boobie traps, etc. The story is surprisingly perfect! The characters have the same charm as in the original... with the same humor. The theme is kind of like recapturing your youth... it actually reminded of the theme of Spielberg's HOOK. The action is better than the first, as is the mystery. And yes, the Fratelli's are in it... at least the two brothers. They are written pretty well without any cheese. But they are overshadowed by the adventure the goonies go on.

This was all captured during a 30 minute skim of the script. I skippped here and there but got the flesh of the story. 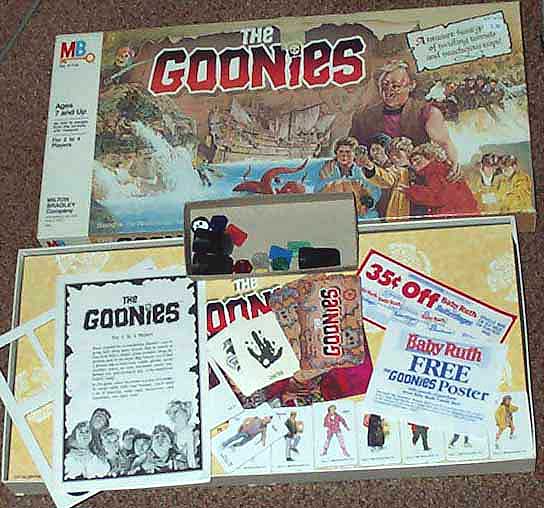 Now, the second script was entitled "GOONIES: THE NEXT GENERATION". It is dated in '96 with a '99 rewrite. It tells a differnt story. This time, we follow the kids of the original characters as they go on a retread adventure. THIS SCRIPT SUCKS! Bad dialogue, bad story, terrible characters! Almost unreadable... almost written just like a HOME ALONE movie! While the Fratelli's are in this, they are written like the two stooges! Terrible! 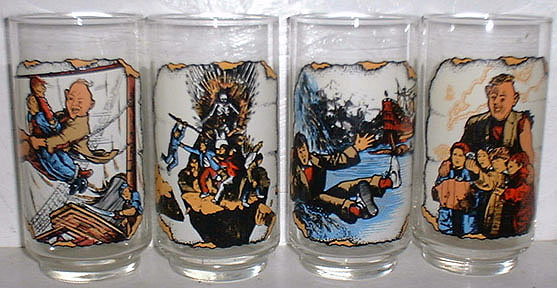 The first script, the good one, had a note on it with, in big letters, the word "consider...", while the second had only one word, "pass!" There were notes after the "consider"... but whoever wrote them had terrible hand writing. What I noticed most was the 2000 rewrite for that script. Pretty recent. 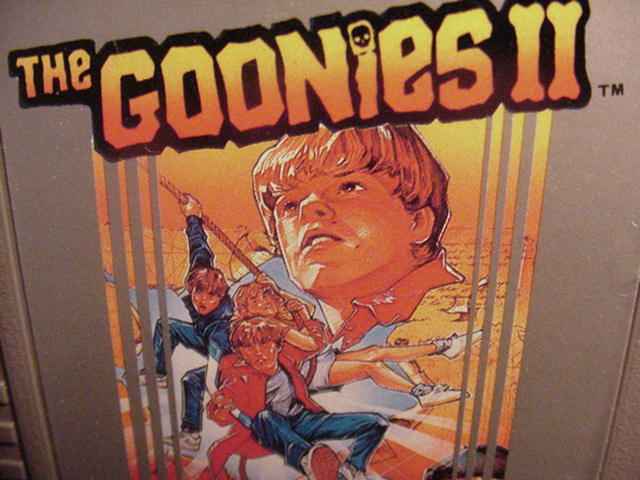