Ahoy, squirts! Quint here with some thoughts on Terminator Genisys. Like most people my expectations took a sharp nose dive when those EW covers were released. The core idea of an aged Terminator appearing in an alternate timeline is fascinating, but the execution looked a little wonky.

However, I like to think I'm an optimist and while my expectations were pretty spectacularly low I went in hoping that the movie would at least just be a little smart and a little fun. Like everything I give a couple hours of my life to, I hope I don't hate the experience.

So when I say the new Terminator movie isn't as terrible as you've heard you know that I'm saying it from a position of one who expected it to fizzle completely in front of my eyes, but held out for at least a little fun.

This movie shares a whole lot of similarities with another 2015 summer blockbuster. Jurassic World is flawed as hell, but it tickles a certain nostalgia center just right, has a few really great ideas at its core and a couple nice set pieces. The execution is sloppy is all. Same here, except by pure virtue of time travel it is forced to repeat moments done better in the first Terminator, which brings more direct comparisons to a much better movie instead of the happy, but cloudy nostalgic nods we got in Jurassic World.

If Terminator Genisys had been Terminator 3 (and done around that time) I think it could have been much more effective as a deconstruction. I admire the core concept of this film trying to break the cyclical nature of the series that had two unmovable posts: future war fall of Skynet/time travel machine found and the 1984 attempt on Sarah Connor's life.

The idea of an alternate timeline is a great one, but it's sadly handled very poorly thanks to some reading-off-a-cue-card level of clunky exposition from Pops (aka old Terminator). In this reality a T-1000 was sent to kill Sarah Connor as a child and a mysterious T-800 comes to her rescue. With her parents dead and the T-800's CPU filled with all the knowledge of the coming war, Sarah begins her doomsday prep much earlier and when Kyle Reese appears in 1984 he's jumping into a radically different timeline than he was expecting.

There's some trouble with this conceit, at least in how they execute it, because Reese seems to expect the events of the first movie to happen when he was already a fish out of water in the first place. The audience knows things are different, but Reese shouldn't have clue one that a liquid metal cop showing up in 1984 means something has gone wrong and he acts as if things aren't right even before the meek, scared Sarah Connor he's expecting to find and protect shows up being quite the opposite.

There are a few too many “make sure the dummies can follow along” clues as to where things are heading in the first 15 minutes for my taste, but nothing is as damaging to the 2nd and 3rd act reveals as Paramount's own marketing. One of the best ideas in the movie is the big second act reveal, which if you've seen the character posters or any TV spot or trailer past that first teaser you already know. Whomever at Paramount marketing thought that was a good idea needs to sit in the corner for a bit and think about what they've done.

We'll circle back to that aspect of the film in bit, but I want to keep things spoiler-light for just a little while longer.

I rewatched the original Terminator a few days ago and was really struck by just how perfect Michael Biehn was in that role. He was scrappy, totally believable as a half-starved but strong soldier. Every line he delivered was done with such commitment and personality that all his sci-fi gobbldy gook didn't make your eyes glaze over. It's a hell of an act to follow. Anton Yelchin did a pretty decent job in Salvation, but was so far in the background that it didn't really matter how well he did.

In Genisys, Jai Courtney does his attempt. I'm not much of a fan of his, but I can say that he's the most charismatic here than he's ever been. The problem is he's totally miscast and I don't mean I wanted a Michael Biehn clone in the part. He's too buff. He doesn't look like he's spent his entire life trying to survive in a post-apocalyptic war zone. He's too much like a Terminator in stature.

Emilia Clarke's Sarah Connor isn't offensive, but I don't feel like they really gave her any moments to shine. We know from Game of Thrones that she can handle character complexity subtly and while her Sarah Connor isn't exactly one note (we see her humorous side as well as her tough side), she just comes across as a mirror image of what came before. It's tricky because you don't want to make her unrecognizable, but at the same time in this reality Sarah Connor has the most bend from what we know because of the change to her character's history.

I guess what I'm saying is that she's just there. She didn't make an impact on me, she just kind of existed, if that makes any sense. 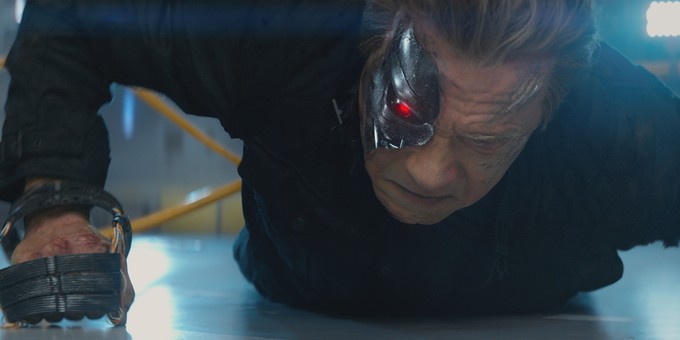 As far as Arnold Schwarzenegger... He's all over the place here. All of the jokey bullshit from T3 makes it into his portrayal as Pops, Sarah's longtime Terminator protector, but they also weave a lot of subtlety into his emotional connection with the girl who is pretty much his adopted daughter. This bond was done a bit more believably in T2 in the “I know now why you cry” moment between young John Connor and his Terminator, but I've always liked that question in this universe. Can a machine learn to be human?

It seems that idea is pretty central in this movie, but if that was the underlying theme then they really fucked it up because it's so fractured and far background that it never congeals into something meaningful.

Even with the misplaced humor (so many jokes about how old the Terminator is!), Schwarzenegger has a few moments of real complexity as a character. I just wish the humor was more in vain with what they did with JK Simmons' character, someone who witnessed the impossible in 1984 and has been obsessing over it ever since. Simmons' O'Brien is the best part of the movie, elevating it every since moment he's in, which are far too few. There's a life to the movie when he's onscreen and one of the movie's biggest failings was having him in the background with no real reason for being there other than to add a little flavor. 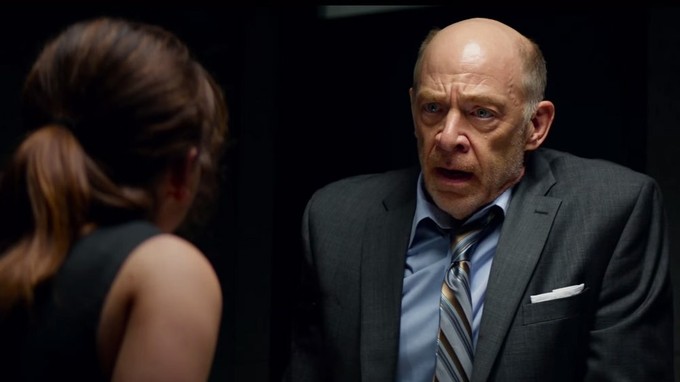 Now I need to go into spoiler territory, so if you're going to leave off just know that my ultimate feelings on the movie are decidedly mixed. It's neither the worst of studio franchise pictures or as great as it wanted to be. There's certainly enough missteps to write it off, but I don't think it's guilty of being called a massive turd either. It's certainly no Die Hard 5.

Alright, some spoiler time. One of the better ideas this story has is in how it deals with John Connor, who has long been the one shining hope for humanity. All Terminator films are centered on this, even the original in which he's only a gleam in Linda Hamilton's eye. Taking mankind's savior and making him the main threat is the most interesting thing going on in this new story. 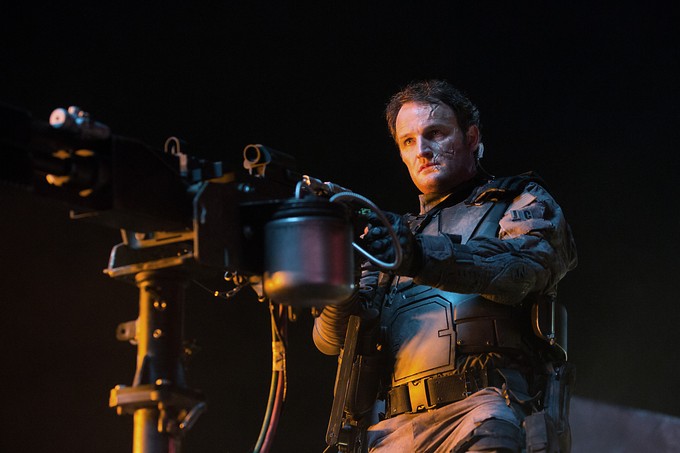 Marketing has never really given a shit about protecting the experience of letting a story unfold, but it's a particularly dick move to reveal this twist in all the commercials and poster. The reveal is great and it's not immediately apparent that he's a bad guy.

The way they handle John Connor is bold and decisive, not a weirdly ambiguous “is he the real deal or is he a copy” kinda thing I thought they were going to go for and because of the alternate timeline direction they went in it doesn't necessarily undo any version of him that came before.

My only real complaint about the direction they go here is that it could have used a little more man vs. machine inner turmoil. I wanted a little more Vader in Return of the Jedi with his character instead of the easier straight forward villain approach.

I don't know how much of that was intentionally left out to develop in later films since there's a whole lot of really clunky franchise building going on here. Who sent Pops to the early '70s to protect Sarah Connor? We're explicitly told those files have been erased and that question isn't answered at the end.

The whole damn movie is there to break free of the timeline we already know and then they go ahead and add a really obnoxious mid-credits stinger that pretty much undoes every reason for this story to exist. It feels calculated and money-grubbing, wholly unearned and really left a bad taste in my mouth right when I was ready to give the movie a little props for having the balls to definitively answer if Skynet could be beaten or not.

I definitely wouldn't say this is is a great movie or even a good one, but I think it has some ideas kicking around that are really smart and definitely give it a reason to exist. Some of the character beats are right on the money, some fall flat, but I see what they were trying for. It's bad form to condemn them for trying and failing, so I won't do that, but seeing the movie it wanted to be and couldn't quite attain does make it hurt a little bit more.

But I'll take an honest fumble over sitting out the game entirely, so I can't really shit on the entire thing despite its major flaws. I like what they were going for, they just didn't quite make it.