Ahoy, squirts! Quint here. Kevin Feige has been on Twitter for almost 6 years and has tweeted only 12 times. Two of those twelve times came this afternoon and was about Marvel being knocked out of the record books for biggest opening weekend by Jurassic World.

No, he didn't sling insults at Bryce Dallas-Howard's haircut or talk about how Hulk could have have torn the Indominus Rex to shreds with a simple Taco Bell fart. Instead, he went super classy and tweeted this amazing piece of art: 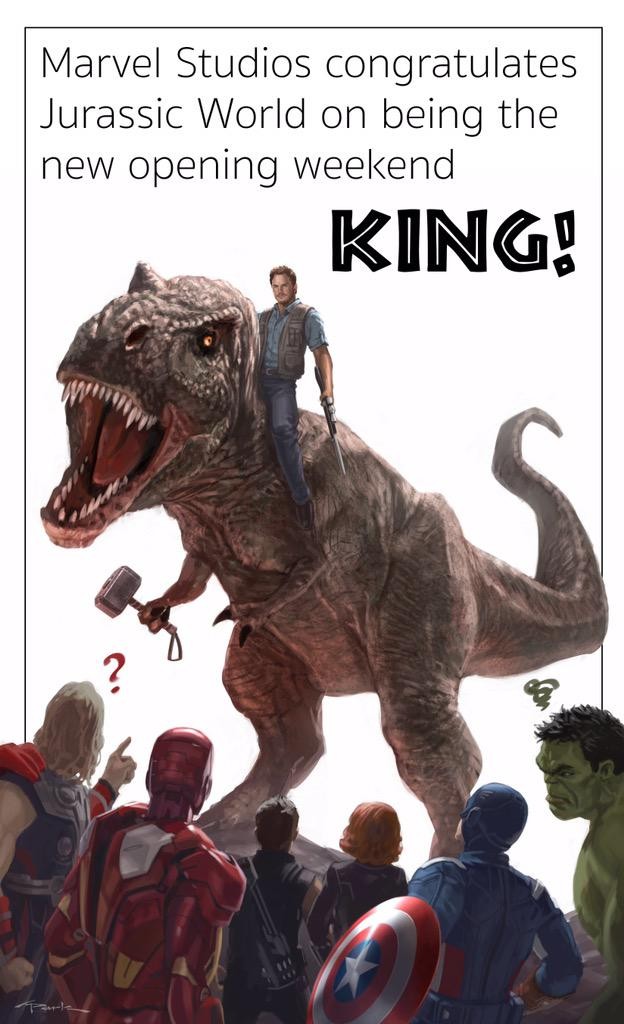 Created by Marvel Studios' own in-house concept artist Andy Park, that piece makes me smile from ear to ear. Not only is it classy and good-humored, it's also a throwback to the days when powerful producers and studios would tip their hats at their competition.

My favorite one of those involves a Hollywood Reporter ad that was taken out by Steven Spielberg to congratulate his friend George Lucas when his little space opera thing dethroned Jaws as the #1 movie of all time. Check it out: 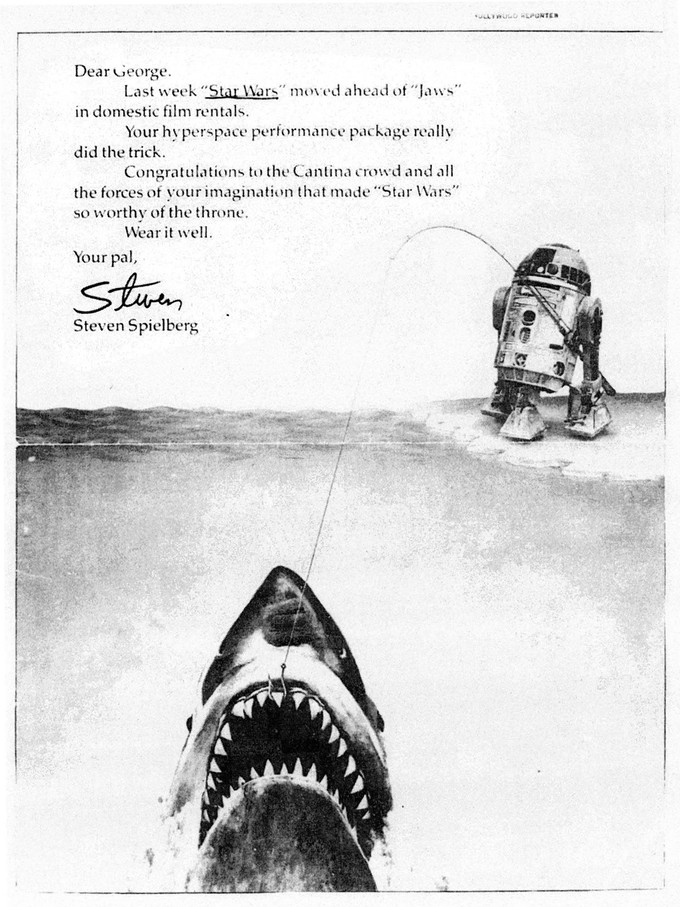