Wyatt Russell and Elisha Cuthbert to face off against Doug The Thug in GOON: LAST OF THE ENFORCERS! 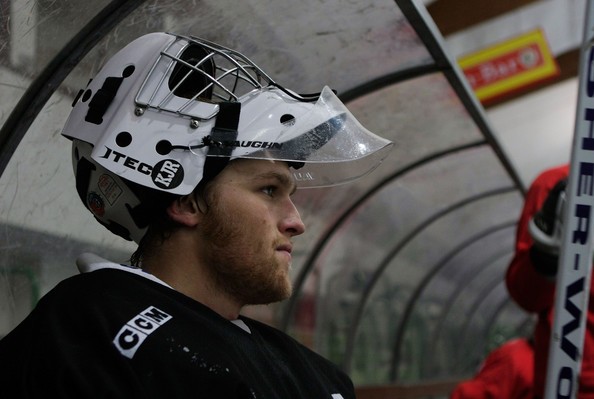 Jay Baruchel’s sequel to GOON, subtitled LAST OF THE ENFORCERS, has got a couple of cast members not unfamiliar to the ways of hockey.

Elisha Cuthbert will be playing Ava, sister to Alison Pill’s Eva, now married to Seann William Scott’s Doug. Ms. Cuthbert is not only from Canada, like the team in the film, but she’s also a big hockey fan, and is currently married to NHL player DIon Phaneuf of the Toronto Maple Leafs.

Then you got Wyatt Russell joining the cast as Anders Cain, a “volatile” new player for the Halifax Highlanders. The film’s plot involves a lockout in the pro leagues that forces many major league players into the minors, and Cain is a talented pro slumming it with Doug and co.

Russell actually played professional hockey for several years before getting sidelined with an injury, much the same way his old man (Kurt Russell, maybe you’ve heard of him) was forced to give up baseball after tearing his rotator cuff in ’73. Wyatt's been doing quite well as an actor since, with eye-catching supporting roles in stuff like WE ARE WHAT WE ARE, 22 JUMP STREET, COLD IN JULY, and Richard Linklater’s upcoming EVERYBODY WANTS SOME, so I’m expecting good stuff from him in this both on the ice and off.

Aside from Scott and Pill, Jay Baruchel, Kim Coates, and Marc-Andre Grondin are also set to reprise their roles, and production is set to start in Toronto a couple of weeks from now. Seems like this one’s actually happening, guys. Let’s show some missing-toothed smiles in appreciation.