Help Leonard And Adam Nimoy Complete Their Spock Documentary For The 50th Anniversary Of STAR TREK!! 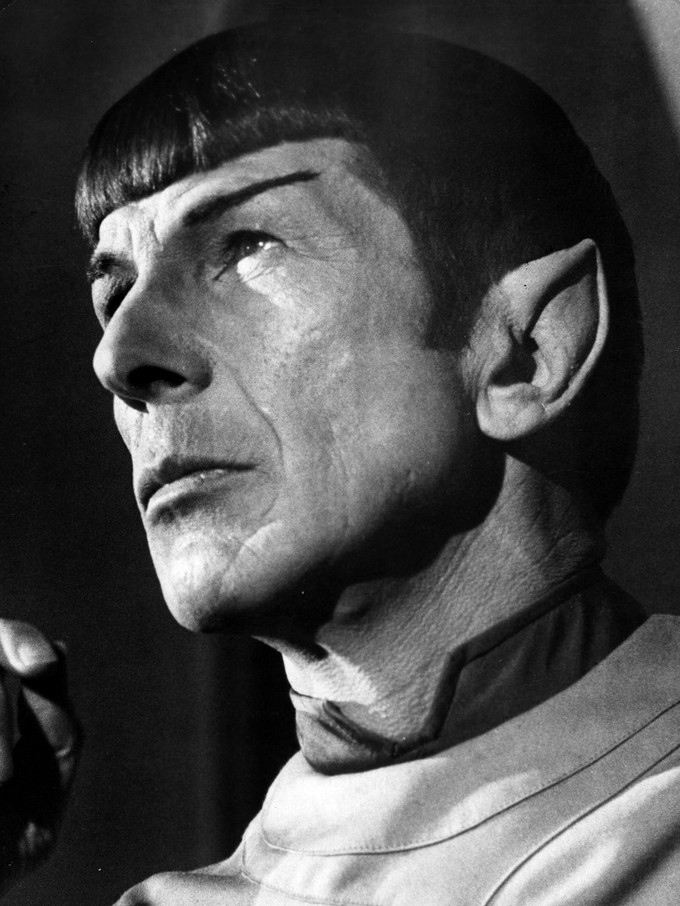 Many years ago, in that strange and pregnant span between STAR TREK’s series cancellation by NBC and its migration to the big screen, I had an elegantly simple, profoundly life-changing experience.

While he was performing a play here in Austin, my father pulled some strings and secured for me an introduction Leonard Nimoy.  I’d been watching Mr. Nimoy on television as STAR TREK’s ‘Mr. Spock’ since before I understood the term ‘science fiction.’  I’d been watching him on television as long as, perhaps longer than, I’d been watching SESAME STREET, or THE ELECTRIC COMPANY.  I was too young to comprehend the thematics of his character, too young to appreciate the nuances he brought to its arc.  But even in such formative years,  Spock…mattered to me.  His journey…mattered to me. And meeting him?  There’s simply no words…no hyperbole…to encapsulate or illustrate how that experience resonated for a wee and sometimes lost Geek like me.

In short:  the real Leonard Nimoy was very much not Spock.  But at the same time, I could easily detect the essence of Spock within him.  He was kind, he was far more gracious than a goofy dork like me deserved.  He was tranquil and I’ll never forget the almost monk-like serenity of his smile.

He was warm.  Approachable.  Genuine.  He was…everything a STAR TREK fan would want him to be.  And, rather amazingly, he was also so much more.

He even signed the Flight Deck Officer certificate Gene Roddenberry which Team Roddenberry had mailed to me a few years previously. 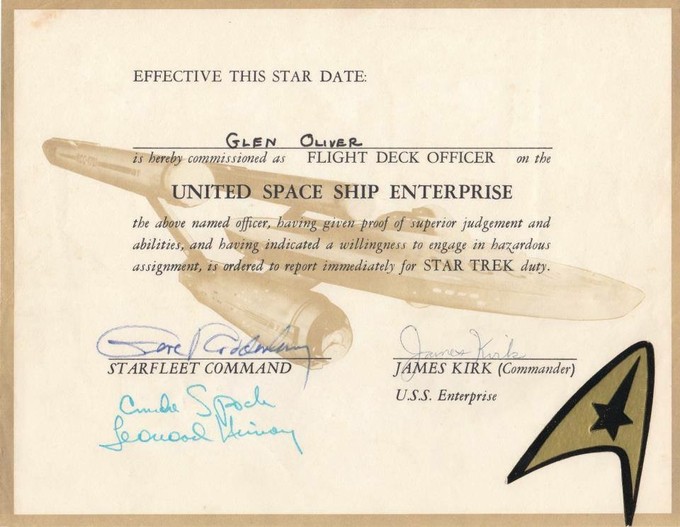 When he passed in February, it was a substantial gut punch which, quite frankly, is still difficult to discuss.  There’s a difference between the passing of people one merely ‘knows’ in their life, and the passing of people who have greater meaning than many around us (regardless of how well we actually knew them).  Mr. Nimoy fell very much into this later category.

I recently learned that, before his passing, Mr. Nimoy and his son Adam -  recognizing the coming of next year’s 50th Anniversary of the TREK franchise - began working on a documentary about the Spock character.  Strangely, it seems there’s never actually been one.  Given everything I discuss above, this is clearly of tremendous interest to me - and I imagine the notion may speak to some AICN readers as well.  So, I wanted to call the  following to your attention…

Adam has now picked-up the torch and is working to complete this project,  which will be narrated by Zachary Quinto (who, of course, portrays the character in the JJ Abrams reboot universe).  He’s taken to Kickstarter, chiefly to chase the funding necessary to license ‘hundreds’ or photos of the Spock character from television and films.  The Kickstart began a few days ago, and has 27 days left at the time of this posting.

STAR TREK very much exists because of fan passion, fan dedication, fan persistence and fan willingness to get involved.   Without fan investment, it’s entirely feasible TREK would never have been resurrected after the 1966-69 television series.  Which means it’s entirely feasible all subsequent television iterations and movies and reinventions may never have come to pass.

Fans…have always mattered to TREK.  And they still matter. I can’t think of a better way to ‘matter’ than to help complete a project initiated by one of the franchise’s most beloved characters.  While it’s tremendously sad that Mr. Nimoy didn’t survive to see this undertaking to completion, it’s somehow touchingly, powerfully  appropriate that it now falls to the fans to help realize the dream of a man who meant so very, very much to those who love STAR TREK.

You can learn more about Adam’s undertaking, as well as continue of you’re so inclined, HERE.