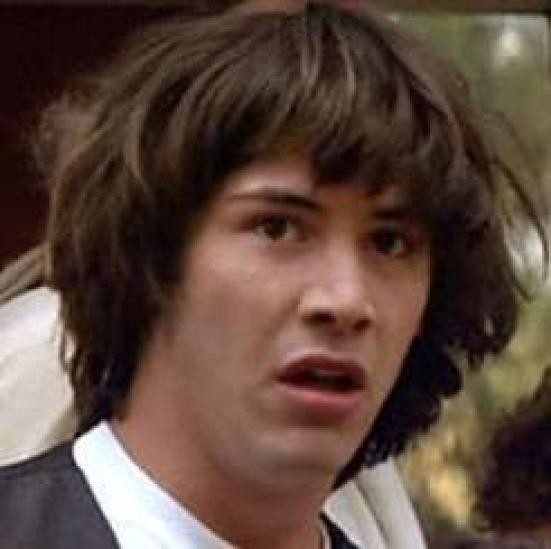 *sigh* Maybe I’m outta touch. But seriously, who is this for? Fans of the original who thought that the real-time skydiving and surfing stunts were in need of serious CGI enhancement? Keanu haters? Do kids even like this extreme sports shit anymore? Does Edgar Ramirez have an inch of that crucial-to-the-story magnetism that Swayze possessed in spades (no way he actually jumped out of a plane like his predecessor neither)? Could they really not get someone on par with their original choice, Gerard Butler? What's the real point of having to pick up bricks from the bottom of a goddamn pool?

And do they really think this is going to rock the world as a big Christmas release?

*phew* Okay. I’m sure there’s stuff in the movie I’ll like. But I was insulted that they thought they could commidify Bigelow’s magnificent, that-time-that-place original into a condescending piece of multiplex trash, and I very much still am. It wasn’t the premise that made the movie great; it was aesthetic, casting, and bravura, and it doesn’t look like this brings anything to the table on any of those fronts (though there’s that one sorta-cool shot of him jumping on the cable car).

I know this is just a 2-minute trailer, and that these things never really represent the movie with 100% accuracy. But come on. This is no good, right?