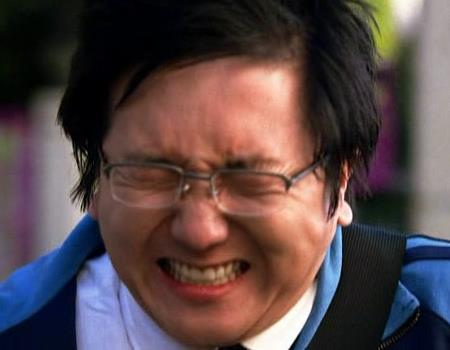 The big lottery winners are the shows that follow “The Voice. This fall those winners are Greg Berlanti’s girl-with-the-crime-tattoo hourlong “Blindspot” and Jill Gordon’s medical drama “Heartbreaker.”

Extraordinarily, NBC this fall will air two weekly live shows in primetime, the new Neil Patrick Harris variety hour and the sitcom “Undateable,” which used to be not-live.

From the press release, with a few enhancements.

“COACH”
Craig T. Nelson (“Parenthood”) reprises the iconic role that earned him an Emmy in this follow-up to the beloved series that ran for nine seasons. With original creator Barry Kemp at the helm, Hayden Fox’s story picks up 18 years later when the retired coach gets back in the game to assist his son, who was just hired as head coach at an Ivy League university in Pennsylvania… where they know nothing about sports. Between dealing with the eggheads on campus and his hostile daughter-in-law at home, Coach will soon learn that he’s not in Minnesota anymore. Talk about a Hail Mary! 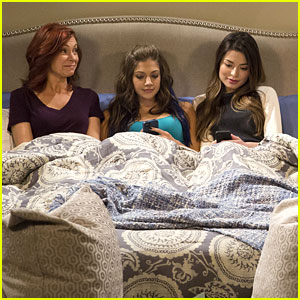 “CROWDED”
No more sex, booze, and paying the bills naked. After 20 years of parenting, empty nesters Mike (Patrick Warburton, “Seinfeld”) and Martina (Carrie Preston, “True Blood”) are finally reclaiming their wild side. Yet when their two grown daughters both unexpectedly move back in, and Mike’s parents scratch their plans to spend their golden years in Florida, their roost is full again. From executive producer Sean Hayes, this new (and very timely) family comedy proves that life is crazy with a full house, especially the second time around. The cast includes Patrick Warburton, Carrie Preston, Stacy Keach, Carlease Burke, Mia Serafino and Miranda Cosgrove. Suzanne Martin (creator of “The Client List,” “Hot in Cleveland” and “The Soul Man”) serves as writer and executive producer. 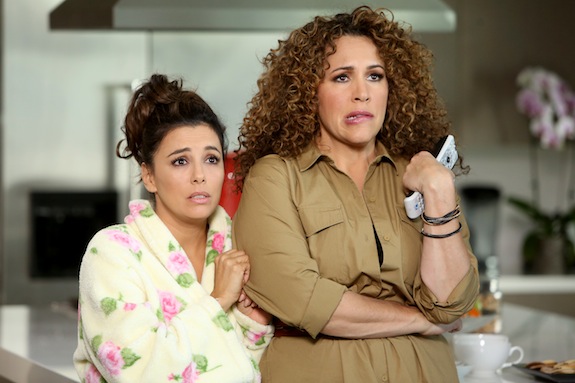 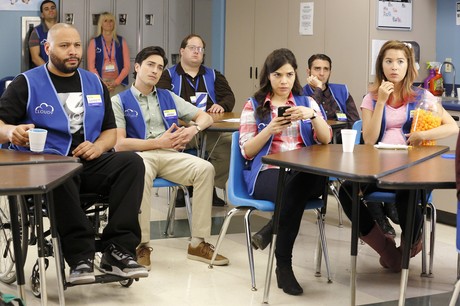 “SUPERSTORE”
America Ferrara (“Ugly Betty”) and Ben Feldman (“Mad Men,” “A to Z”) star in a hilarious workplace comedy (from the producer of “The Office”) about a unique family of employees at a super-sized megastore. From the bright-eyed newbies and the seen-it-all veterans to the clueless summer hires and in-it-for-life managers, together they hilariously tackle the day-to-day grind of rabid bargain hunters, riot-causing sales and nap-worthy training sessions. The cast includes Mark McKinney, Lauren Ash, Colton Dunn, Nichole Bloom and Nico Santos. Justin Spitzer (“The Office”) serves as writer and executive producer.

“YOU, ME AND THE END OF THE WORLD”
In this bold adrenaline-fueled new one-hour comedy drama, the news that a comet is on an unavoidable collision course with Earth sets in motion the most hilariously unexpected chain of events imaginable. Set against the backdrop of apocalyptic chaos and starring Rob Lowe (“Parks and Recreation”), Jenna Fischer (“The Office”), Megan Mullally (“Will & Grace”) and Mathew Baynton (“Yonderland”), the story follows an eclectic group of seemingly unconnected characters around the world as their lives start to intersect in the most unexpected ways. When we say eclectic, we mean a rebellious priest, an unhinged white supremacist, a mild-mannered bank manager, a germ-phobic cyber-terrorist and an American five-star general. Some of these misfits are destined to make it to a bunker deep beneath the English suburbs of Slough and, as a result, will become the hugely unlikely (and totally unsuitable) future of mankind. Wouldn’t that be a disaster! The cast also includes Joel Fry, Paterson Joseph, Gaia Scodellaro, Pauline Quirke, Fabian McCallum and Kyle Soller.


“BLINDSPOT”
From executive producer Greg Berlanti (“Arrow,” “The Flash,” “The Mysteries of Laura”) comes “Blindspot”: A vast international plot explodes when a beautiful Jane Doe, completely covered in mysterious, intricate tattoos, is discovered naked in Times Square with no memory of who she is or how she got there. But there’s one tattoo that is impossible to miss: the name of FBI agent Kurt Weller, emblazoned across her back. “Jane,” Agent Weller and the rest of the FBI quickly realize that each mark on her body is a crime to solve, leading them closer to the truth about her identity and the mysteries to be revealed. The cast includes Sullivan Stapleton, Jaimie Alexander, Audrey Esparza, Rob Brown, Marianne Jean-Baptiste, Ukweli Roach and Ashley Johnson. Martin Gero (creator of “The L.A. Complex”) serves as writer and executive producer. 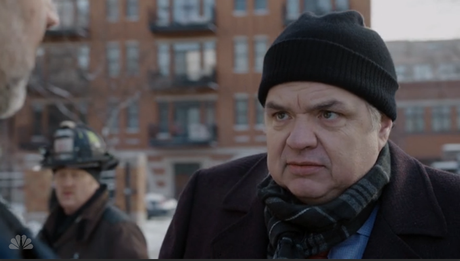 “CHICAGO MED”
Executive producer Dick Wolf delivers the newest installment of the compelling “Chicago” franchise, an emotional thrill ride through the day-to-day chaos of the city’s most explosive hospital and the courageous team of doctors who hold it together. They will tackle unique new cases inspired by topical events, forging fiery relationships in the pulse-pounding pandemonium of the emergency room, and through it all, familiar faces from the Chicago police and fire departments will intertwine as this third team of Chicago heroes hits the ground running. The cast includes Oliver Platt, S. Epatha Merkerson, Laurie Holden, Nick Gehlfuss and Yaya Dacosta. Dick Wolf, Matt Olmstead, Michael Brandt and Derek Haas (all creators of and/or senior writers on “Chicago Fire” and “Chicago PD”) serve as writers and executive producers.

“GAME OF SILENCE”
Carol Mendelsohn, executive producer and veteran of the “CSI” phenomenon, and David Hudgins (“Parenthood,” “Friday Night Lights”) present a gripping new drama about a successful Atlanta attorney (David Lyons, “Revolution”) whose long-lost childhood friends unexpectedly reappear after 25 years. When a dark secret they thought they had buried resurfaces, the brotherhood bands together to right the wrongs of their shared past — a journey that will push the limits of their loyalty and quench their thirst for revenge. The cast includes David Lyons, Michael Raymond-James, Larenz Tate, Bre Blair, Conor O’Farrell, Deidrie Henry, Demetrius Grosse and Claire Van Der Boom. David Hudgins (“Friday Night Lights,” “Parenthood”) serves as writer and executive producer.


“HEARTBREAKER”
Based on the real life and achievements of Dr. Kathy Magliato, this unique character-driven medical drama follows Dr. Alex Panttiere (Melissa George, “The Slap”), an outspoken world-renowned heart-transplant surgeon and one of the few women in her field. Stubborn and fearless, Alex always operates on her own terms. She revels in a racy personal life that’s a full-time job in itself, manages the daily demands of skeptical faculty and dutiful interns, and pushes the boundaries of medical science to impressive new heights. The cast includes Melissa George, Dave Annable, Don Hany, Shelley Conn, D.L. Hughley, Jamie Kennedy, Maya Erskine, J. Louis Mills and Joshua Leonard. Jill Gordon (“My So-Called Life,” “90210,” “Cupid”) serves as writer and executive producer. 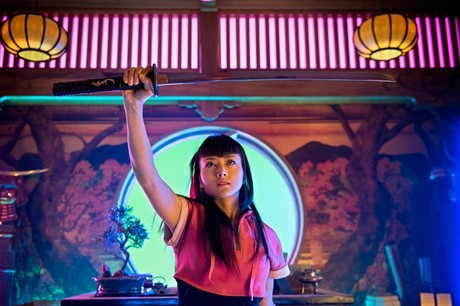 “HEROES REBORN”
From original creator Tim Kring, the supernatural phenomenon begins again with a fresh crop of inspiring heroes who take on the ultimate struggle between those with extraordinary abilities and those with nefarious motives to hunt and harness their powers. Epic adventures await these newly empowered allies as they cross paths with some of the original characters (such as the beloved “HRG” and fan-favorite time-traveler Hiro Nakamura), unlocking the mysterious fate of the universe and their place within it.The cast of “Heroes Reborn” includes Jack Coleman, Zachary Levi, Masi Oka, Judith Shekoni, Robbie Kay, Henry Zebrowski, Kiki Sukezane, Ryan Guzman, Danika Yarosh, Toru Uchikado, Eve Harlow and Gatlin Green. Tim Kring (creator of “Crossing Jordon,” “Heroes,” “Daybreak” and “Touch”) serves as writer and executive producer.


“THE PLAYER”
From the executive producers of “The Blacklist” and starring Wesley Snipes and Philip Winchester (“Strike Back,” “Fringe”) comes an action-packed Las Vegas thriller about a former military operative turned security expert who is drawn into a high-stakes game where an organization of wealthy individuals gamble on his ability to stop some of the biggest crimes imaginable from playing out. Can he take them down from the inside and get revenge for the death of his wife, or is it true what they say: The house always wins. The cast also includes Charity Wakefield and Damon Gupton. John Rogers (creator of “Leverage” and “The Librarians”) serves as writer and executive producer. 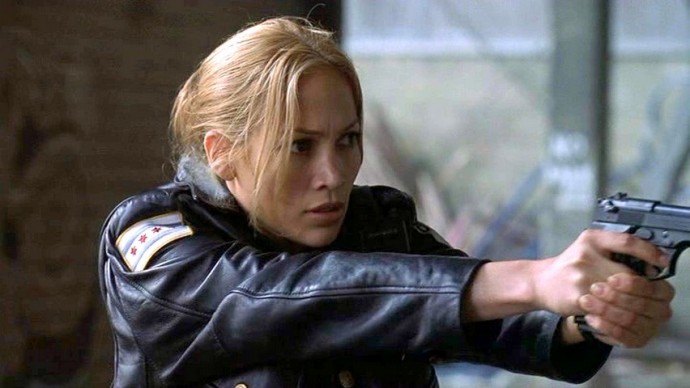 “SHADES OF BLUE”
In a provocative new drama, the iconic Jennifer Lopez stars as sexy New York detective (and single mother) Harlee Santos, who fell in with a tight-knit group of dirty cops, taking bribes and protection money that she uses to provide the best life for her honest and talented daughter. When she’s trapped by the FBI, however, and forced to inform on her own “brothers,” she’ll have to walk the fine line between love, loyalty, honor and betrayal, and try to keep it together for her daughter’s future. The cast also includes Ray Liotta, Warren Kole, Dayo Okeniyi, Drea De Matteo, Hampton Fluker, Vincent Laresca and Sarah Jeffery. Jack Orman (“ER,” “Dr. Vegas,” “Men of a Certain Age,” “Pan Am”) and Adi Hasak (last year’s Kevin Costner movie “Three Days To Kill”) serve as writers and executive producers.


“BEST TIME EVER WTH NEIL PATRICK HARRIS”
Five Emmy Awards and a Tony Award make multi-talented Neil Patrick Harris the perfect star for this live one-hour show that is unlike any other currently on American television. Complete with stunts, skits, pranks, audience interaction, musical numbers, giveaways and unlimited surprises, this show proves that anything can happen, and it can happen to you. Based on the wildly popular British hit “Ant & Dec’s Saturday Night Takeaway,” the modernized variety show format and its fearless, multi-talented star will make for one of the best nights ever on TV week after week.

“COAT OF MANY COLORS”
Based on the inspiring true story of living legend Dolly Parton’s remarkable upbringing, this once-in-a-lifetime movie special takes us inside the tight-knit Parton family as they struggle to overcome devastating tragedy and discover the healing power of love, faith, and a raggedy patchwork coat that helped make Dolly who she is today. Pamela K. Long (MTV’s “Undressed”) serves as writer.

“THE REAPER”
Based on the best-selling memoir “The Reaper” by Nicholas Irving, this event miniseries recounts the 100-day Afghanistan deployment of Sgt. Nicholas Irving, nicknamed ‘The Reaper.’ The first African-American sniper, Irving tallied 33 official kills during this single deployment, a record that still stands today. “The Reaper” is a boots-on-the-ground thrilling and raw account of modern warfare and how it changes, shapes, and sometimes destroys the people who fight in it. Tom Donnelly and Josh Oppenheimer (“Sahara,” “A Sound of Thunder,” 2011’s “Conan The Barbarian”) serve as writers and executive producers.

Don’t see your favorite show up there? Renewals are in green; cancellations in red: 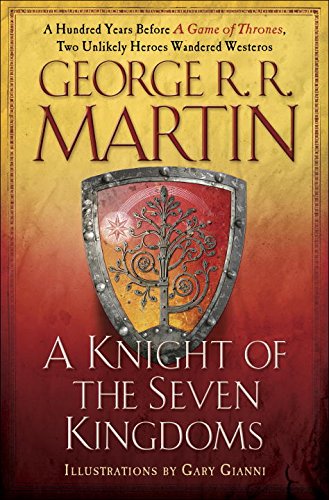 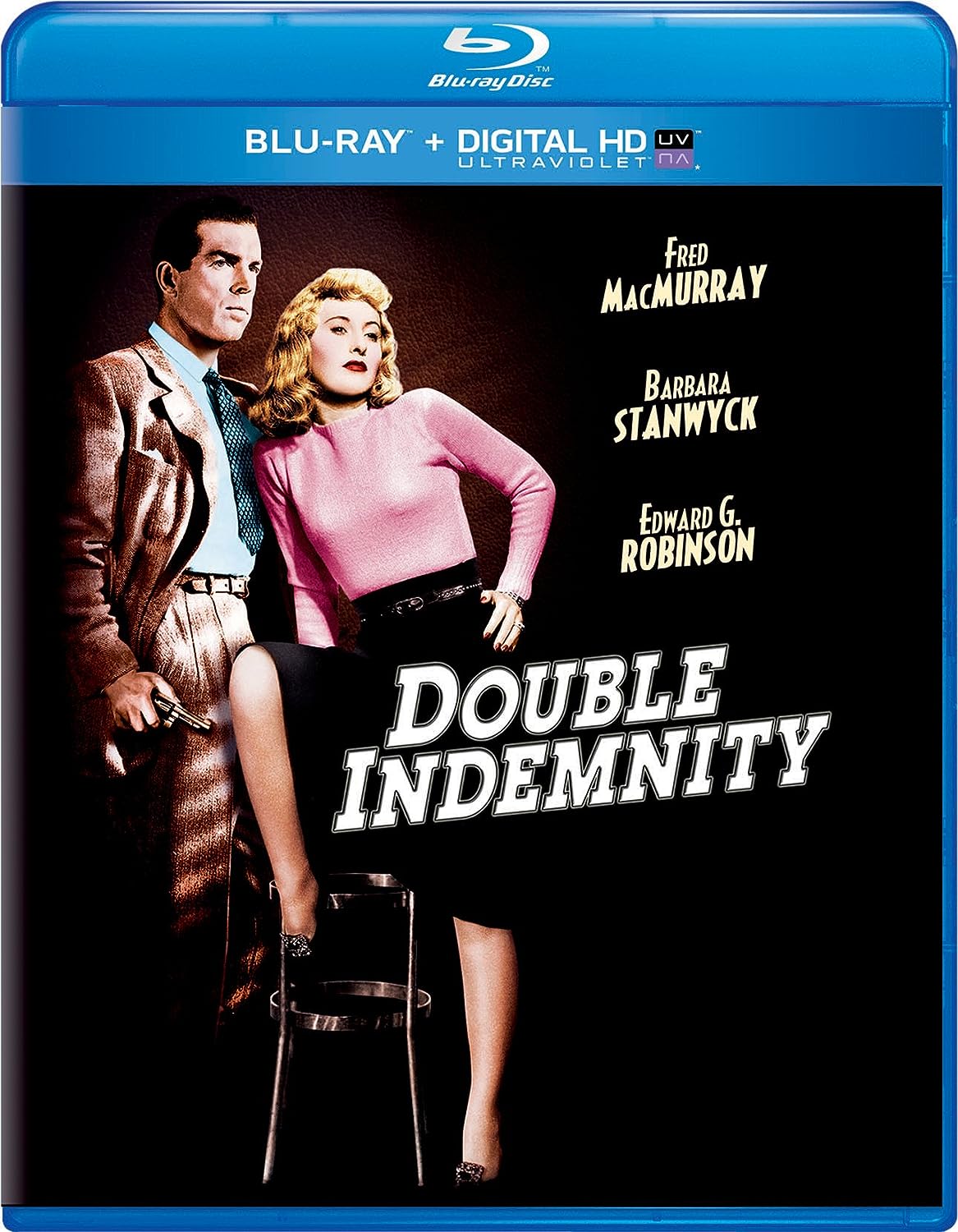 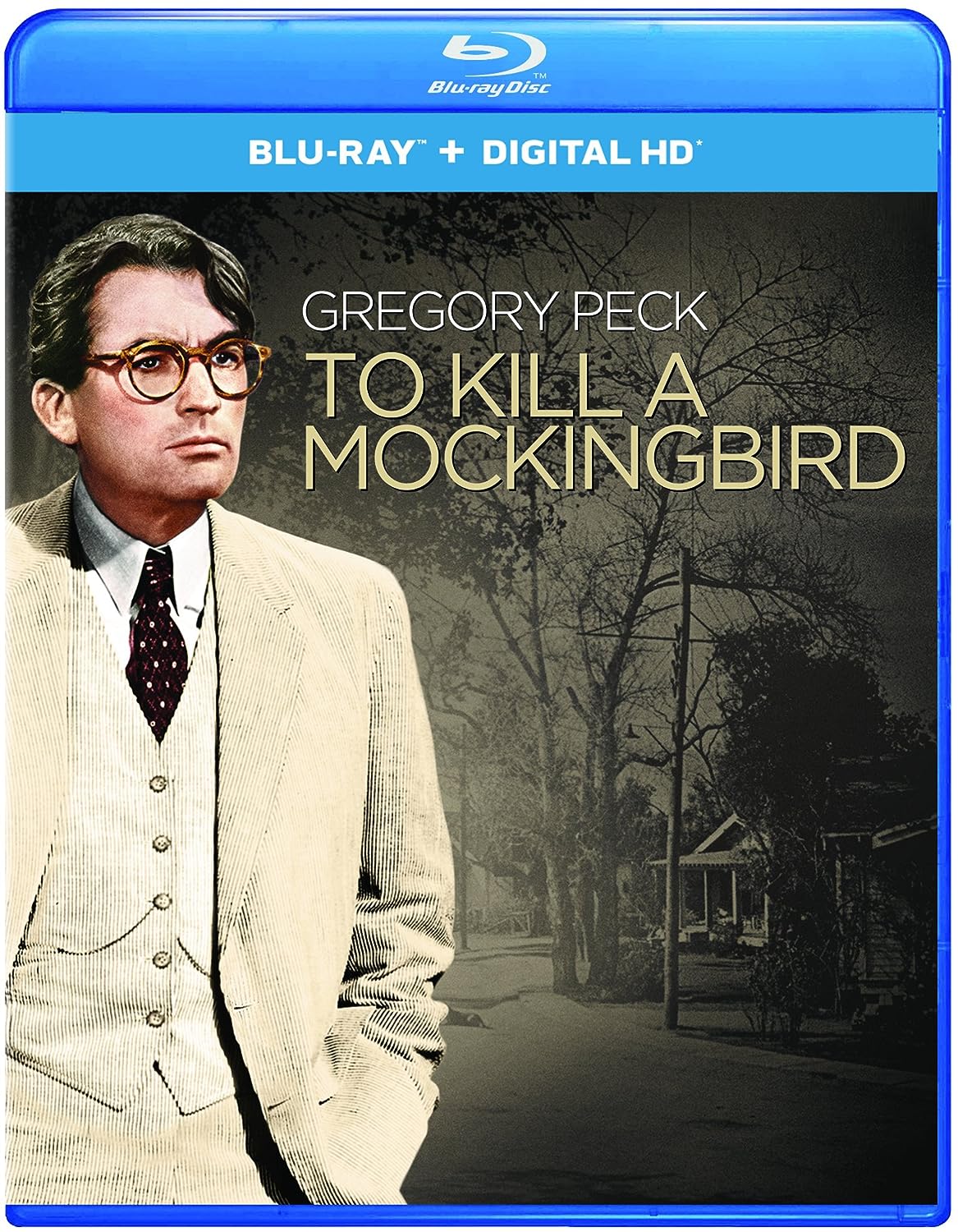 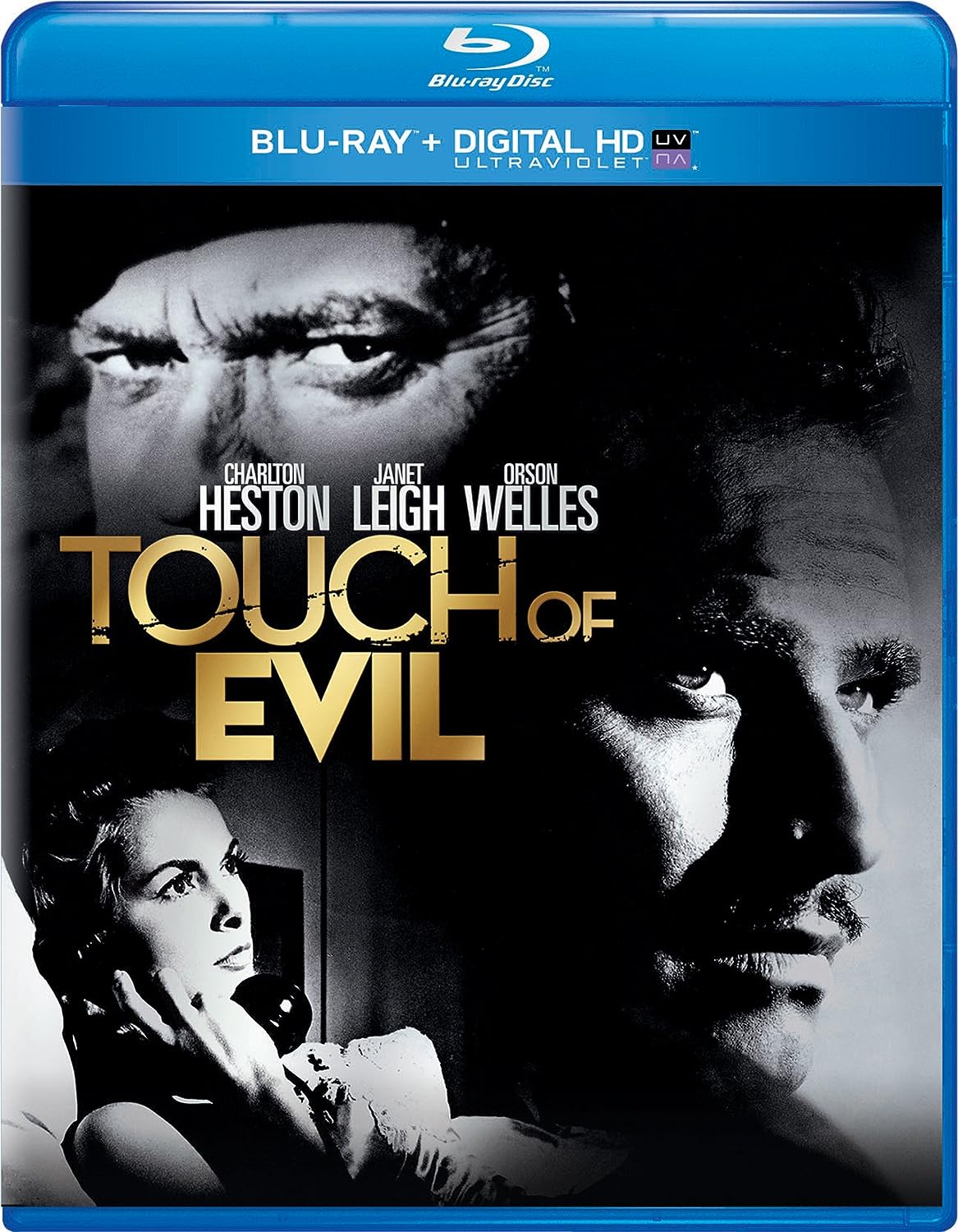 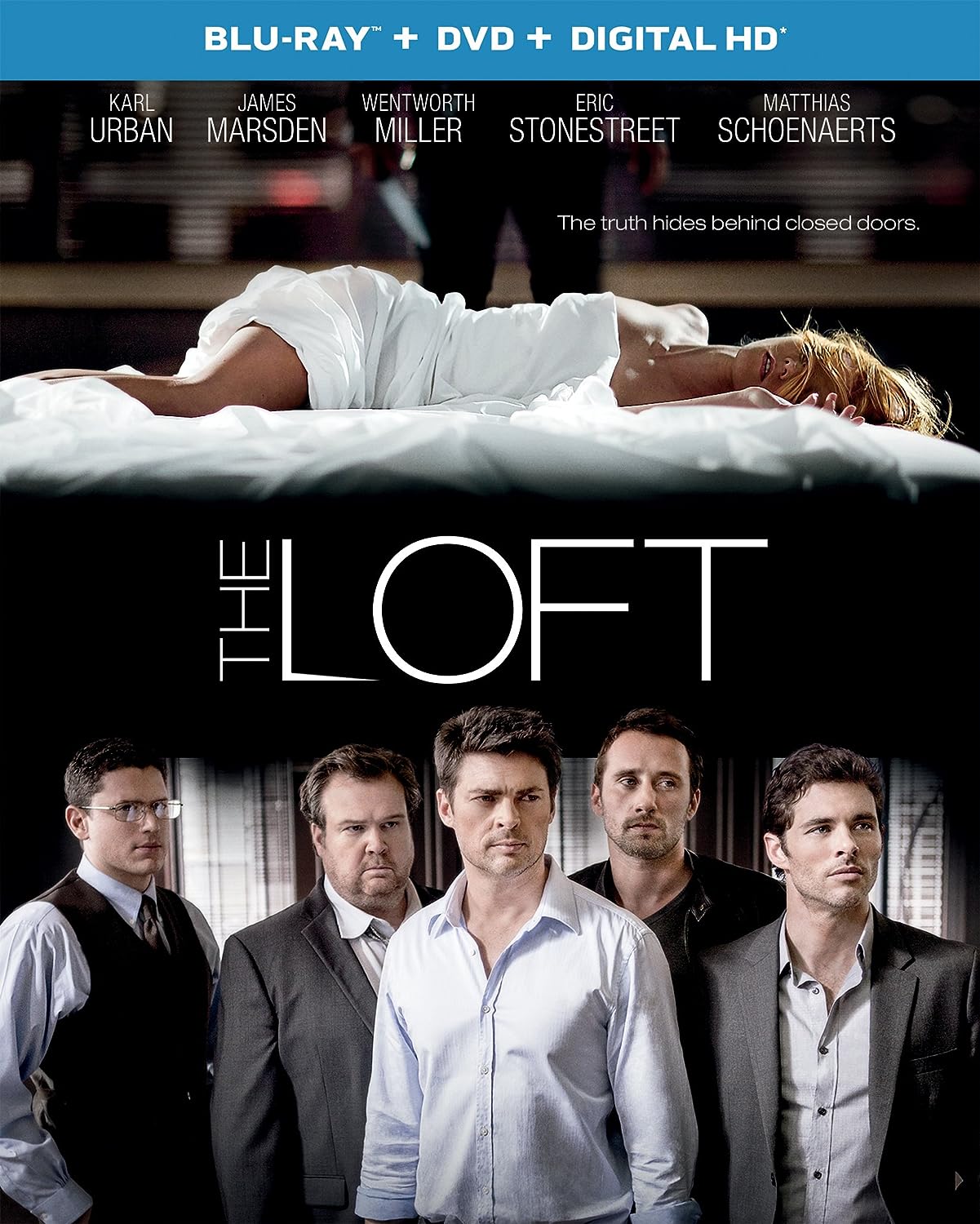 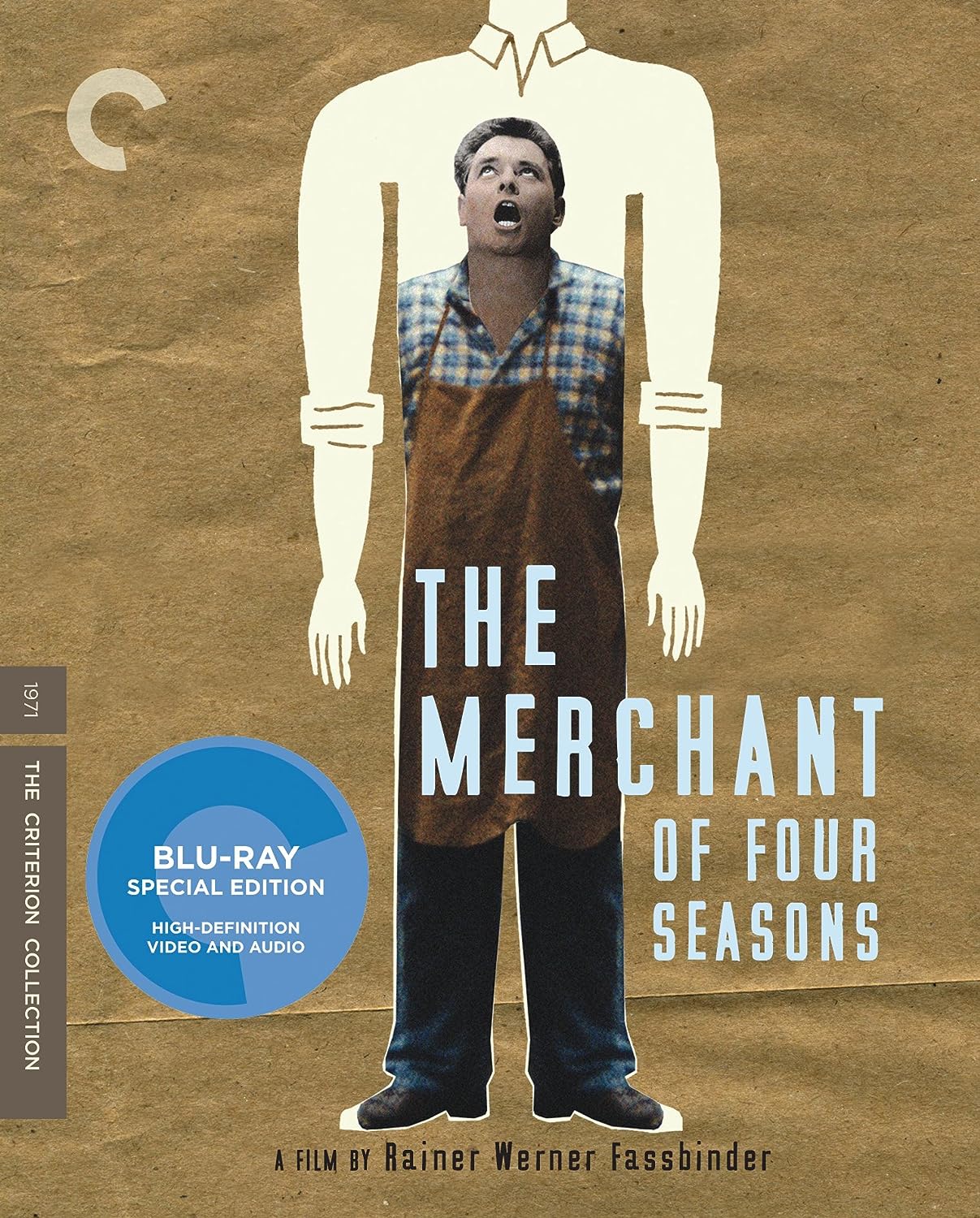 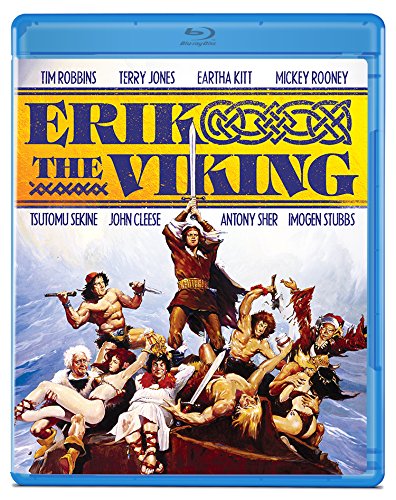 Blu At This Month!!