Jim Herzfeld has written for televison ("It's the Garry Shandling Show," "Doctor, Doctor," "Married..With Children"), scripted features (TAPEHEADS, MEET THE DEEDLES) and served as a script doctor on some well-known films (HOMEWARD BOUND 2, SMALL SOLDIERS, INSPECTOR GADGET, 102 DALMATIANS). He is a writer on MEET THE PARENTS, a DreamWorks comedy that opens nationwide this Friday. Ben Stiller plays a young man who goes home with his fiancee (played by Teri Polo) to meet her parents (Blythe Danner and Robert De Niro) and Murphy's law is in full effect. Herzfeld took some time to answer a few questions about the film and more.

1) How did MEET THE PARENTS come about for you? It's based on short film, correct?

Universal approached me about four years ago. They'd acquired the rights to a film-- I wouldn't call it a short since it runs about 70 minutes-- called MEET THE PARENTS (directed, co-written and starring an amateur filmmaker named Greg Glienna). Universal liked the premise-- a guy goes to meet his fiancee's parents and things go horribly and comically awry-- but that was really all they liked. Put simply, there wasn't enough of a story there and the characters weren't fully realized. However, I thought the premise had great potential-- after all, meeting your future in-laws is something everyone can or will eventually relate to-- so I took the gig. I finished my first draft about five months later and… big surprise… nothing happened. Universal didn't really know what to make of it, which is interesting since most of that draft, especially the first two-thirds, is what you now see up on the screen.

So for a few months, the script just sat there, until my agents at ICM slipped it to a "hot, new director" named Jay Roach. Jay was just coming off his first film (a lil' sleeper called AUSTIN POWERS) and he'd read MTP and wanted it to be his next film. Jay and I met, hit it off, and then Jay had a meeting where he all but begged Universal to let him direct it. And again, Uni said no, which was really hard to understand given the heat both Jay and the script were getting. Finally, Jay decided to do another film (MYSTERY, ALASKA) and in the meantime MTP found its way into the hands of another director by the name of Steven Spielberg. Mr. S. not only wanted the project for DreamWorks, he was considering directing it as well, with Jim Carrey in the lead role. I met with the two of them, wrote a draft per their notes, and took a grain a salt, figuring if this somehow happened I'd have to quit showbiz because there's no topping that. But Steven eventually passed on directing and then Jim Carrey wouldn't commit, and eventually it found its way back to Jay. And this time, given the Spielberg/Carrey interest, Uni started to realize they had a script worth shooting and the right director to do it. I just thank God Jay was so passionate about it, or it would probably still just be sitting on a shelf.

2) What was John Hamburg's role in the scripting process with you? Did you two collaborate on the script together or did you work on it separately?

John is a friend of Ben Stiller's who was brought on to do some writing about a month before production began. It's my understanding that Ben tends to do that, to bring on writers he has a prior relationship with. The good news in this case is that John has talent. He wrote some decent jokes and mainly ramped up the Ben-Bob relationship, putting Bob (De Niro) more in Ben's face and having Ben get on Bob's ass as well.

3) Did you draw from any personal experiences for use in the script? Is there any particular scene in the movie that happened to you as well?

I mainly drew on the feelings that all of us have at times-- the angst of being an outsider. Whether it's moving somewhere new, or starting at a new school, or meeting your girlfriend's family for the first time, there's always that anxiety of wanting to fit in and make a good impression. The fun of MTP was having Ben's character consistently doing the right, or the well-meaning thing, and then having it backfire on him, with all his little mistakes starting to "snowball" into chaos. And, of course, in the middle of all of this, the "anchor" that kept Stiller's character from just saying, "Screw it" and leaving, was his relationship with De Niro's daughter, Pam. So there's an inherent emotional core there, which is a must when you're doing a romantic comedy.

4) Robert De Niro, Ben Stiller, Owen Wilson, Blythe Danner--not a bad cast. Did you write the script with specific actors in mind and, if not, were you surprised with who you were able to get?

Since I wrote the 1st draft back in 1996, I never dreamed someone like De Niro would do it. This was three years before ANALYZE THIS and he really hadn't done comedy (unless you count KING OF COMEDY, which isn't really a comedy now, is it?). But the character I created, Jack Byrnes, was from the beginning an ex-CIA operative and a "human-polygraph" with a house full of cameras and an overly suspicious mind. And that's what ultimately drew Mr. De Niro to the role. By the way, the polygraph scene was pitched to me by Mr. De Niro, so he clearly tapped into the character from the beginning.

As for the rest of the cast, once we got De Niro onboard, Stiller couldn't say no and we were off to the races.

5) I've heard the test screening results on MTP have been rather favorable. How do you feel about the final product? Was it pretty much how you imagined it should be?

MTP turned out great, and the credit goes to Jay Roach. Not only did he trust and protect my script, he found and created a lot of comedy "between the lines"… which is what every screenwriter hopes for, a director who doesn't just shoot your material, he elevates it. There are only a couple of scenes I wish were different-- Jay wanted to shoot the opening I originally wrote (a proposal scene gone awry at Wrigley Field during a Cubs game), but it was too expensive. So they took the basic idea of that scene and re-did it as a proposal scene gone awry outside a children's school. And I don't love the opening scene with the patient and the catheter, but other than that I think the film is fantastic, and I can't imagine a screenwriter being any happier with a film unless he directs it himself. Which, in this case, would've been a disaster since Jay is a brilliant director and I haven't directed anything since my UCLA Film School days.

6) What are some of your favorite scripts-screenplays that inspire you?

I don't read many great scripts (I mostly read lousy ones that need rewrites), so I guess I'd have to talk about what movies inspired me. In the case of MTP, I was always thinking of Greg's character as a guy who was misunderstood, so I'd have to say THE GRADUATE was an influence. It's interesting to note that some reviews have already mentioned THERE'S SOMETHING ABOUT MARY -- in that this film could have almost been a sequel to that, if Cameron Diaz and Ben's characters got engaged and met her parents. But as I said, I wrote this four years ago and hadn't even heard of MARY so any similarities tonally, or otherwise, are purely coincidental.

7) What are your thoughts on the impending strikes ahead?

One: Writers are still the least respected talent in town and that needs to change.
Two: I hope we get what we want and get it quick.

8) I read in the trades that you are working on a script for Billy Crystal entitled PALS. Can you go into any detail about the plot?

P.A.L.S. stands for "Prisoner Adoption and Life Skills". The project was pitched to me by Mr. Crystal as a possible vehicle for himself and Mr. De Niro. De Niro would play a seasoned-con who's "adopted" by good-guy Billy and allowed to live with Billy and his family for 48 hours. Only, it turns out Billy's not such a good guy after all.

9) What else are you working on now?

I just signed a deal to write the sequel to MEET THE PARENTS. (Working title: MEET THE FOCKERS)

10) Any tips for wannabe screenwriters?

Personal perspective: Enjoy it like you would a hobby -- it's not an easy living to make. "Craft" perspective: Structure is everything -- nail that down and then have fun with your characters and playing connect the dots. 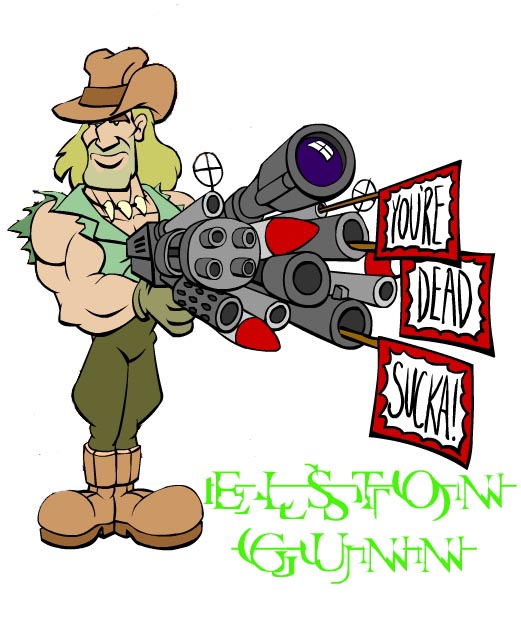