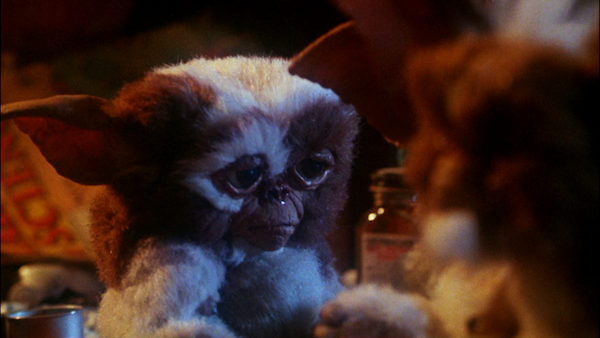 Aw, cheer up, Gizmo. Warner Bros may be hellbent on reimagining the film that made you a star, but the two masterpieces you appeared in aren't going anywhere. And, hey, maybe the new screenwriter the studio just hired, Carl Ellsworth, can finally write a remake screenplay that's better than sorta-average!

Indeed, Ellsworth is the current screenwriter charged with recapturing the magic of Joe Dante's 1984 classic, and judging from his last two credited scripts (RED DAWN '12 and LAST HOUSE ON THE LEFT '09), he'll need to up his game if he wants to get within yodeling distance of the original. Chris Columbus and Steven Spielberg will produce, but neither will direct. I can't wait to see how they reimagine this for safe, four-quadrant consumption!