Brett Ratner Is Trying To Remake ENTER THE DRAGON 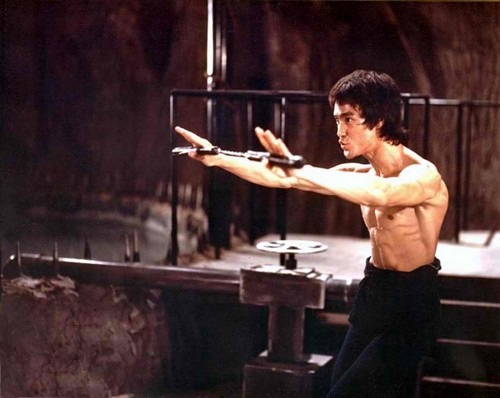 Let's look on the bright side here: a world-class ass-kicker gets invited to participate in a martial arts tournament on the island of a reclusive drug lord, and is subsequently recruited by British Intelligence to infiltrate said drug lord's operation. That's a good premise for an action movie, right? I'd watch that.

So perhaps Brett Ratner isn't travestying cinema history by considering a remake of the most well-known Bruce Lee movie, ENTER THE DRAGON. Ratner briefly mentioned his idea at last night's screening of RUSH HOUR at the New Beverly, and, according to a few attendees I've spoken to, he reassured the audience that he wasn't trying to find the next Bruce Lee or anything crazy like that. Evidently, he only brought up the remake after professing his love for Lalo Schifrin's amazing score, and seemed to indicate that his film would be a reimagining of Robert Clouse's iconic showcase for Lee's talents. Would Ratner consider casting Scott Adkins in the Lee role? Ronda Rousey? Maybe go with Jackie Chan as the nefarious Han? He wouldn't get into specifics.

There's no shortage of great movie martial artists kicking around today, so Ratner could easily recruit a big-screen fighting force of extraordinary magnitude. At best, I think Ratner is capable of slopping his way into an entertaining movie. If he gets top-flight fight choreographers and stunt coordinators, he could end up with a pretty fun flick. And I wouldn't mind terribly because ENTER THE DRAGON, while obviously significant, ranks behind FIST OF FURY and THE BIG BOSS on my list of favorite Lee movies.

If anyone has audio from last night's Q&A, please feel free to share (or pass along Ratner's exact comments). Thanks in advance!