On ALIEN 5, PROMETHEUS 2 And Neill Blomkamp's Passion For Filmmaking 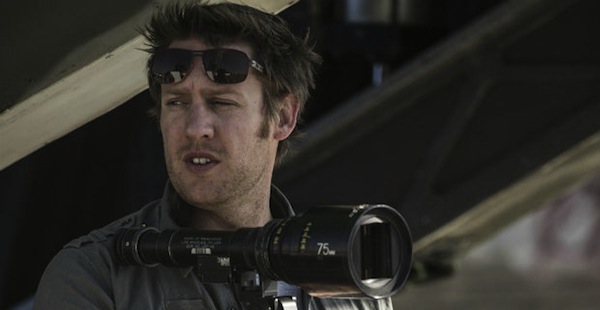 Neill Blomkamp set geek hearts aflutter last month when he let slip his desire to direct an ostensible sequel to James Cameron's ALIENS - one that would presumably erase David Fincher's dour ALIEN3 in favor of a world where Michael Biehn's Hicks and Carrie Henn's Newt are alive and well. Blomkamp quickly tamped down expectations a bit by clarifying that his proposed ALIEN film would be "connected" to ALIEN and ALIENS without wiping out ALIEN3 and ALIEN: RESURRECTION. A few days later, the trades broke the inevitable news that Blomkamp was indeed signed to develop a new ALIEN movie that would be produced by Ridley Scott at 20th Century Fox. The catch: it won't happen until after PROMETHEUS 2. Oh wait, there's another catch: there's not a script for PROMETHEUS 2. And yet another: there's not a script for ALIEN 5 (or whatever it's going to be). And now there's this: Neill Blomkamp isn't sure his talents are best utilized as a director.

That last bit from Blomkamp comes courtesy of an interview with Uproxx's Mike Ryan (which was conducted before the "ALIEN 5" deal was announced), and I think it's a huge red flag. Given that Blomkamp now admits he "fucked up" ELYSIUM, and is so enamored of his latest movie, CHAPPiE, that he spent a good chunk of the press tour promoting his involvement in a new ALIEN flick, I'm not sure he should be getting a shot at a major franchise that could give a passionate filmmaker - i.e. one who believes with absolute certainty that he/she is a director - a significant career boost. In a climate where many talented women filmmakers can't even get a meeting on a tentpole film (much less get a meeting on any studio film), I'm a little peeved by the notion of a guy who "fucked up" a $115 million original science-fiction film getting rewarded with such a plum assignment. I mean, I know why it's happening: Sir Ridley Scott is a fan of Blomkamp's (he even wrote this nice Time Magazine blurb for him back in 2010), and he's currently holding the creative reins of the ALIEN franchise at Fox. And yet I'm surprised that a legend like Scott, who lives to make films (still churning out one a year at the age of seventy-seven), would want to collaborate with a director who believes his "strengths can be used better in other fields, maybe."

Blomkamp is a tremendously talented visual artist with a unique ability to place photorealistic CG characters in practical locations. He more than earned ELYSIUM on the strength of DISTRICT 9's visual ingenuity (not to mention its $210 million worldwide gross on a budget of $30 million). And this is what's keeping him in the game: he can go to a studio with intricately detailed sketches, models and pre-vis, and give the executives an unusually thorough sense of the film he's going to make. What he's yet to do is deliver a script that lives up to his technical wizardry (sadly, DISTRICT 9's allegorical storytelling is far too heavy-handed to weather a second viewing). Ironically, I guess this makes him a perfect fit for the ALIEN franchise in a way. When was the last time one of these films went into a production with a decent script? (Jon Spaihts's very good PROMETHEUS draft doesn't count, as it had already been dismantled by the time that project stumbled out of development.)

If CHAPPiE underperforms, I'd rather see Blomkamp get busted down a few ranks and prove his storytelling chops on a more modestly budgeted project. Or, better yet, perhaps he could further explore those "other fields" he alluded to with Mike Ryan. As for the ALIEN universe, wouldn't it be cool to view it from a woman's perspective - especially since its protagonist is possibly the greatest female action hero in film history? If an indie darling like Colin Trevorrow can go straight from the low-budget SAFETY NOT GUARANTEED to JURASSIC WORLD, why can't Gina Prince-Bythewood or Amy Seimetz or Stacie Passon get, at the very least, a fucking meeting on an ALIEN movie?

Blomkamp has already hooked Ridley Scott and Sigourney Weaver on ALIEN 5, so he'd have to meltdown in a spectacular fashion to get removed from this project; I actually wouldn't be surprised if ALIEN 5 makes it through development before PROMETHEUS 2, what with the generally positive fan reaction to the announcement of the former and Scott's ability to make one of forty other movies on his development slate. But the idea of a guy who's whiffed on two major studio productions - neither based on a pre-existing intellectual property - getting another high-profile project when he's not sure he should even be a director just doesn't sit well with me. When the industry rewards failure from a male director like this, it's impossible to say the industry doesn't have a gender issue.