Watch Henry Cavill and Armie Hammer spy it up with fake accents in the first trailer for Guy Ritchie's THE MAN FROM U.N.C.L.E!! 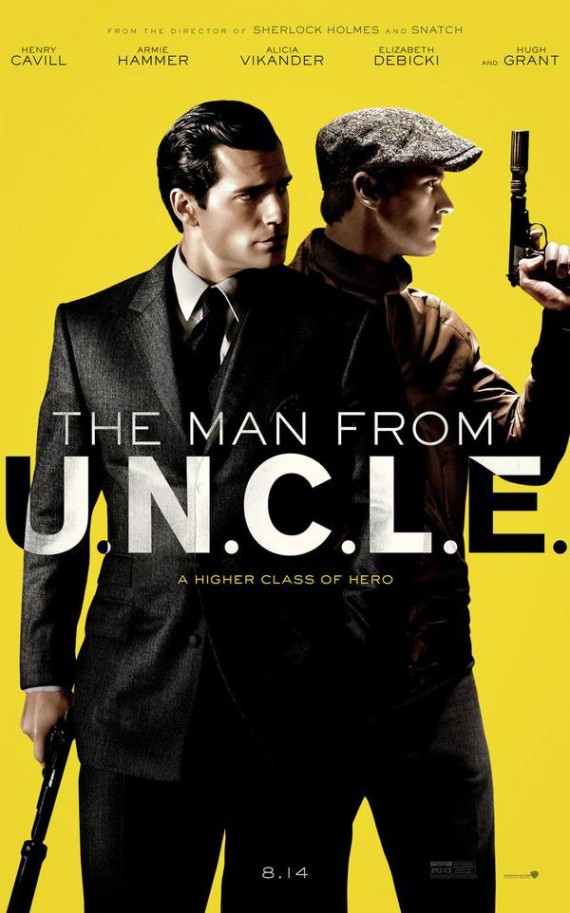 Warner Bros has released the first poster and trailer for Guy Ritchie’s big budget adaptation of the classic TV show, THE MAN FROM U.N.C.L.E.:

Ritchie seems to be following the same structure and tone of his SHERLOCK HOLMES films by the looks of that trailer. I was surprised though at the amount of charisma Cavill showed in just that brief amount of footage. He was fine as Superman, but he didn’t get a lot of opportunity to be charming and charismatic so it’s nice to see he has it.

Hopefully, this will follow the successful footsteps of previous 60's television show adaptations like GET SMART and MISSION: IMPOSSIBLE and not the unsuccessful ones like LOST IN SPACE and THE AVENGERS.