UPDATE: Slashfilm originally ran a rumor in December that nailed the Force Awakens trailer to Age of Ultron. Like I said below, it makes a lot of sense, especially if Latino-Review is right and the trailer will show us Han, Luke and Leia for the first time. So, good scooping everybody.

Ahoy, squirts! Quint here. The Latino-Review boys are at it again, this time with a source saying we're getting a new Episode 7 trailer attached to Avengers: Age of Ultron this coming May 1st.

Their source claims that this trailer will indeed feature our first glimpses at our old friends. Han, Luke, Leia and even Chewy were mentioned in the story.

I don't know their source, so I can't vouch for the validity, but I can say that even if this is just an educated guess it feels right on the money. Star Wars Celebration begins on April 15th in Anaheim (and you better believe I'll be there with bells on) and they're almost certainly going to give us a first look at the OT cast if not parade them out on stage for us to go apeshit over. Australia and New Zealand would get this new trailer on the 23rd and 24th, according to LR, which is only a week later and a week after that is the US release of Ultron.

The timing works out and putting on the corporate money-grubber hat it's also perfect branding. I'd bet it's going to be the new normal to see Star Wars trailers on summer Marvel movies and Marvel trailers on holiday Star Wars movies. It's quite brilliant when you think about it. They're creating the perfect nerd storm, one massively loved franchise constantly feeding off the energy of the other.

So, there you go. Smell test passed. I'd be shocked if this rumor turns out to be bogus. 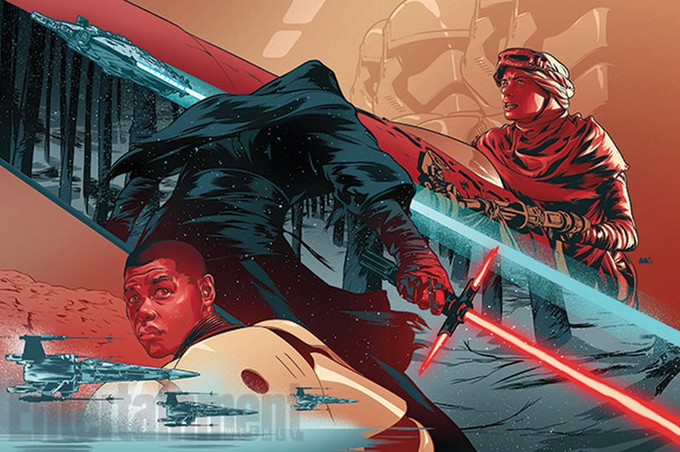