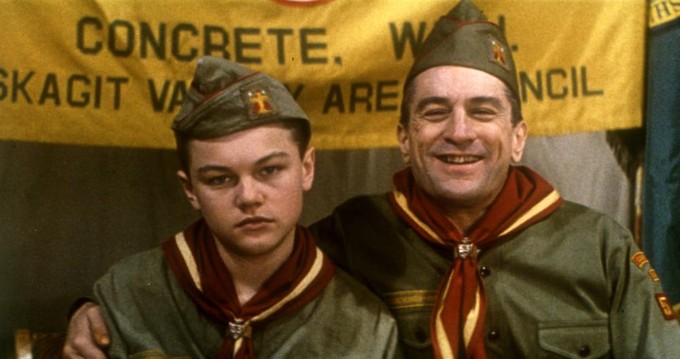 THE IRISHMAN directed by Martin Scorsese and starring Robert De Niro, Al Pacino, and Joe Pesci is apparently a fantasy. This is the reality.

The reality is that Lawrence Ho and James Packer have commissioned a $70 million ad for their casinos in Macau and Manilla, enlisting the talents of Scorsese, De Niro, Leonardo DiCaprio, Brad Pitt, and writer Terence Winter. The extended commercial, entitled "The Audition," has De Niro and DiCaprio "vying" (rather improbably) for the same role in a fictional Scorsese project. The full ad will premiere around the same time the Studio City casino officially opens later this year.

Below, you can see two ads for the longer ad that show off Scorsese using his old visual tricks, how good 70+ De Niro still looks in a suit, and DiCaprio in a thick beard and samurai-style bun.

Yes, this looks like it'll probably be funny and handsomely produced, but it still irks me that this is likely the only time we'll see Scorsese working with his two actor muses in the same project. Anyone who saw LAST VEGAS knows that the joy of seeing great actors spar onscreen is diminished when they're spending their energy shilling for a casino, but if anyone can turn an ad into something flashy and engaging, it's Marty.

Check out the first two clips, and chime in as to whether this is a. cool and worthy of excitement or b. a depressing reminder of how show business is more about the business than the show.