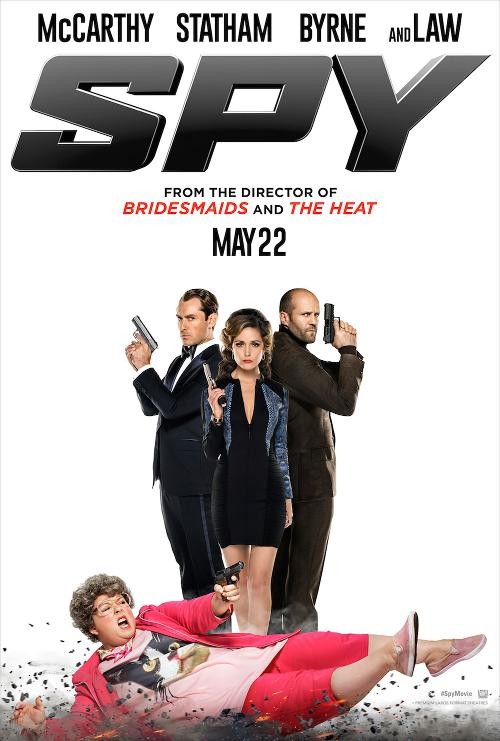 Before their possible reunion in the upcoming GHOSTBUSTERS reboot, helmer Paul Feig and actress/comedian Melissa McCarthy (whose sensibilities complimented each other so well in THE HEAT and BRIDESMAIDS) will bring us SPY.

The picture, due May 22,  also stars Jason Statham and Jude Law - both of whom are glimpsed in this ew Red Band trailer via Yahoo.